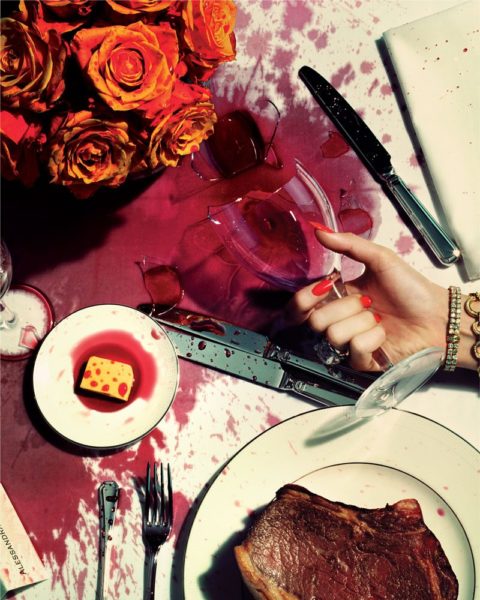 Why You Should Try the Anti-Diet

Some people feel so left behind by technology that they hold out in futile rebellion, cellphone-free and miserable. I’ve experienced the same with food. Since I’ve been old enough to choose, I’ve definitely chosen beef, bacon, muffins and chips. Oh, chips.

Blessed with decent genes, I don’t ever worry too much about what I ate. That is, until my luck ran out and my belly expanded, my hair dried out and my bowels—and disposition—grew irritable. My husband, experiencing his own health issues, began dropping food groups like hot potatoes—literally. My afternoon jelly beans and propensity to blow through a row of Oreos on a weeknight looked increasingly obscene.

I needed a new regimen. Not the sugar-free, gluten-free, dairy-free variety I fielded from clean-eating friends in my adopted home of London, England, but something ideal across the board. I plugged “ideal diet” into Google, and up came Dr. Charles Innes, a U.K. homeopath whom I had heard of from people with the same IBS, psoriasis and lethargy that I have.

Then I read further. The “ideal diet,” according to Innes, wasn’t ideal at all but a denial of almost every enjoyable edible, from coffee to bread to chocolate. The point was to rule out intolerances. Instead, I saw my life flash before my eyes: dinner invitations rescinded, suitcases of money traded for “energy medicine.” The diet went out with the recycling.

No disrespect to Innes, but it’s become par for the course to blame common foods for all that ails us. “Nutritional cacophony”—coined by a French sociologist to denote the noise we hear about meat, wheat and fat—is stressing us out. Red meat and trans fats clog your heart; wheat burdens your intestines; GMOs will kill you slowly…. Mustn’t there be a way to improve your diet without a revolution?

The short answer? Yes. “Eat food. Not too much. Mostly plants,” said Michael Pollan when he wrote a book on nutrition confusion—In Defense of Food: An Eater’s Manifesto—in 2008. Little did he know the confusion still to come.

His is a good rule to live by, though, and the basis of the “anti-diet” I embarked on with the help of Rhaya Jordan, a London-based expat like me and a naturopath who helps patients normalize their relationship with food. “Everybody is shouting about different things,” says Jordan. “And most people throw up their hands and walk away. When you see anything that’s absolute, raise an eyebrow, because humans thrive on completely different diets around the globe.”

Jordan approves of the anti-diet movement. “With diets that make you follow their protocol rather than your own body—eating when you’re hungry and stopping when you’re full—you’ll eventually give up,” she says, noting that many people re gain even more weight than they lost while on their diets. “The anti-diet movement suggests that when you put someone on a diet, you fragment their relationship with food. It causes ‘nutrient hunger’—you’re full but not satisfied.” Her solution? “No absolutes. Find out what you’ve got the most energy for and how sustainable that is. A good-enough diet over five years is better than a perfect diet for three weeks.”

A good place to start, she says, is by increasing your intake of fruits and vegetables, and letting the processed food—technically any food that’s been altered from its natural state for convenience, and may contain added salt, sugar and fat—get “squeezed out” of your diet. Small ask for her, big leap for me—and apologies to my local Indian joint if I’ve single-handedly upset its bottom line.

“The only place there’s no cacophony is around processed food,” says Jordan. “Since MSG was discovered, we’ve known what processed food does to our brain. When we eat something with added sugar or salt, we tend to overeat.”

Sugar, a big news story and my personal demon, was my next confrontation. Added sugar is the key reason products that deem themselves “low fat” can’t be trusted. Toronto-based holistic nutritionist Michelle Lall likens pure sugar to cocaine. “It acts as a drug in your brain, and there’s no nutrition surrounding it. Pure sugar affects your insulin levels, the biochemistry in your body.” She even says it could be the culprit behind my suboptimal digestion.

According to the International Foundation for Functional Gastrointestinal Disorders, sugars that are poorly absorbed by the bowel, like fructose, can cause gas, cramping or diarrhea. But that doesn’t mean you should go for sugar-free foods, as they contain sugar alcohols, such as sorbitol, which have a laxative effect.

My response was to ditch the teaspoon in my coffee and replace my 3 p.m. snack of jelly beans with almonds, or natural yogurt with bananas and raw sunflower seeds. It didn’t feel like austerity. I got used to it and the good days gradually outweighed the naughty ones. And no, I didn’t nix grains Paleo style; I did, however, swap in more nutritious options to the white stuff, like wild rice, whole wheat pasta and sourdough bread (all the rage for its probiotic properties).

I’d long since put my tummy troubles down to dairy and replaced it with soy. I felt victorious knowing the holistic world was behind me on this. “We are mostly lactose intolerant,” Jordan told me. According to studies, about 65 per cent of us have trouble digesting lactose after infancy.

Indeed, a new book by Toronto-based author Alissa Hamilton called Got Milked? The Great Dairy Deception and Why You’ll Thrive Without Milk suggests milk lobbyists have deceived us into believing a glass of milk a day was the cornerstone of health.

“Pasteurizing milk destroys some of the nutrition and enzymes,” says Lall. “It becomes harder to digest. Milk is meant for a calf to gain weight. It’s not necessarily the best for people.” She says soy has “its own set of issues. It’s also hard to digest, and if you’re not buying organic, the pesticides can affect your hormones. Almond milk is a better alternative.”

Yet cutting out dairy merely assuaged my cramping while the, ahem, diarrhea prevailed. When I consulted Jennifer House, a Calgary-based registered dietitian, she told me, “If you continue to take lactose, you can actually build up your tolerance. Dairy is a good source of protein, vitamins, minerals and fat. Yogurt is great for probiotics. Certain fats that are high in dairy products are actually beneficial.” The skinny? “Most people can cut down on dairy and get adequate nutrients from elsewhere,” says House, “although dairy is not slowly killing them, as many websites would have them believe.”

So far so good. Though I was eating carbs (and not the gluten-free kind), I still had cravings for more of them. Agriculture and Agri-Food Canada reports that a third of Canadians buy gluten-free products, yet only six per cent are gluten sensitive and one per cent have celiac disease. Susan Watson, a Winnipeg-based registered dietitian, says, “There’s nothing about going gluten-free that helps us lose weight.”
What gives, then? “People want a scapegoat,” says House, “something to blame any symptom on. Take out large portions of white bread, pasta and donuts and of course you’re going to start feeling better.” There’s an easier way to remedy that than going gluten-free. It’s called variety. “When you vary what you eat,” says Lall, “the digestion process uses different enzymes, which taxes the body less than using the same enzymes again and again.” The trend in slow-fermented breads has this realization to thank.

Overnight, my neighbourhood sourdough-pizza joint became a guiltless pleasure. Spelt pasta and whole grains like quinoa joined my weekly rotation. I replaced baked potatoes with sweet potatoes and squash. Jordan even suggested mixing in wild rice with my staple white to increase fibre. On Watson’s advice, I decreased my carb intake throughout the day, tapering it off toward the evening, when I tend to lie like a sloth.

Dinnertime inched forward, too, so I wasn’t feasting at 9:30 p.m. “If you’re starving at 5 p.m., have a hot dinner,” Jordan told me. “Then introduce the traditional supper: some crackers or grapes and a glass of wine with your partner. You’ll still have that social interaction, but you won’t have a big plate of pasta in your stomach at bedtime.”

Over my six-week nip and tuck, the anticipated withdrawal symptoms—anxiety, exhaustion and mood swings—never came. “If you don’t have withdrawal, you might just be doing it adequately,” Watson told me. “You’re making mindful choices to reduce, so you’re not restricting.” Oh, and I lost seven pounds.

Have I slipped? With the anti-diet there’s no such thing. I ate my daughter’s birthday cake, and it tasted sickly sweet. Twice I lost control with a jar of peanut butter and a bar of cooking chocolate—then noticed the monthly red dot on my calendar.

Like a lot of annoyances, it sometimes takes time before you realize they’re gone. That’s what happened when the cacophony subsided. I feel calm. And not just because my bowels are working.