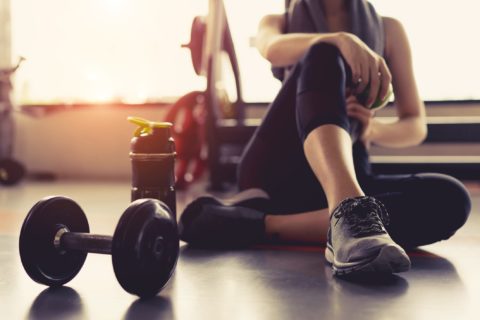 The Top 5 Fitness and Workout Trends for 2020

With memories of 2019 already starting to fade and a renewed interest in getting active, we’re taking a look at the fitness and workout trends that’ll most likely dominate your IG feeds in the new year. From the continuing popularity of wearables to Versaclimber workouts FINALLY being offered in Canada, here are 5 fitness trends that we’ll be seeing more of in 2020.

Wearables
According to an annual survey by the American Journal of Sports Medicine, wearable fitness trackers are slated to be the biggest trend for 2020, which should come as no surprise as the market is reported to be worth more than $27 billion by 2022. Gone are the days of only being able to track your steps: Nowadays, wearables like the Fitbit Versa 2 include features like advanced sleep pattern tracking (because we could all get better at sleeping, no?) and on-screen workouts.

Strength Training
Training with weights tend to freak people out, especially if you’re a cardio junkie in pursuit of leaning and lengthening your bod. However, researchers at Harvard suggest that strength training, be it using resistance bands, ankle weights or kettlebells, is crucial to being able to perform even the most mundane of tasks when you grow older, like carrying groceries or lifting your children. Strength training also happened to be the most popular activity in 2019 according to ClassPass, and we expect to see more of it in the next year.

Megaformer workouts
Perhaps due to the Meghan Markle Effect, Megaformer pilates workouts in the U.S. increased from 2018 to 2019 by nearly 40 per cent, according to ClassPass. If you’ve never subjected yourself to the blissful torture of a Megaformer, 2020 is the year to do so—classes are available in Ottawa (Reform), Vancouver (Lagree West), Montreal (Lagree Core), Calgary (Lagree YYC) and Toronto (Studio Lagree). The spring-based resistance trainer (which looks like a jacked-up Pilates reformer) helps with core strength and challenges your muscles until they give out.

Anyone ever get the feeling that they lunged too low and now they aren't sure how they are going to get back up? ⁠?⁠

Versaclimber
Ever wonder how Alison Brie and Brie Larson got fit for their roles in Glow and Captain Marvel? Enter: the Versaclimber, made popular by Hollywood trainer Jason Walsh and his Rise Nation empire. According to Monica Stajer, owner of Toronto’s recently opened Burnout, the climbing machine builds endurance, strength and stamina. It’s also zero-impact and works both the lower and upper body muscles. Burnout classes incorporate HIIT movements, stall bar exercises and work on the Versaclimber (it’s called Burnout for a reason). Versaclimber classes can also be found in Calgary at Kult Fitness.

The NEW TS VersaClimber, is the most tech climber available – equipped with a WIFI / Bluetooth touch screen that enables exercisers to record and save workouts; view graphs of feet per minute, stroke length and strokes per minute; see total sessions completed, feet climbed, heart rate and average feet per minute; and share successes via social media! ? Ready to CLIMB. HANG. SWEAT. at @burnout.fitness?! ?

Mindfulness meditation
While it was one of the biggest buzzwords of the decade, we don’t see the mindfulness meditation movement dying any time soon. As per ClassPass’s report, meditation was the number one wellness activity booked in 2019. There is no shortage of modern meditation studios across Canada, like Hoame in Toronto and Flo Meditation in Halifax. Toronto’s recently opened Sweat and Tonic—a three-storey fitness emporium equipped with boxing, spinning and yoga studios, as well a communal workspace and bar—also offers 20-minute meditation sessions in a state-of-the-art relaxation pod.