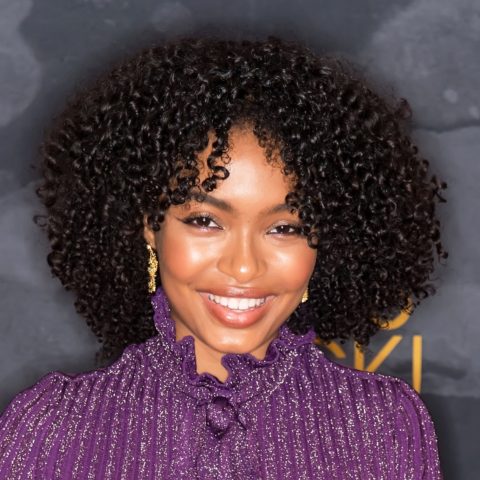 Yara Shahidi on Why We Should Use Failure as Motivation

Fear of failure is common among women (and heck, even men!), but when you’re a young girl becoming aware of the societal expectations of appearing perfect, this fear can be crippling. In fact, according to a recent Always Confidence & Puberty Survey, seven out of 10 girls in Canada avoid trying new things during puberty because they are afraid of failure, while six out of 10 said failing made them want to quit whatever it is they tried doing.

But failure doesn’t have to be a bad thing. Instead, it can be used as an incentive to push harder and try again. Just ask Black-ish star, Yara Shahidi, who recently partnered with Always to help unveil the brand’s new #LikeAGirl “Keep Going” video, which encourages girls to embrace failing when it happens.

Hey there! @yarashahidi here and I'm so excited to be partnering with Always for the Keep Going #LikeAGirl campaign. Follow along all day as we show girls that they can be confident no matter what! Check out the video (link in bio) & let me know how you Keep Going #LikeAGirl!

“I don’t want to make it sound like [failure] is easy or that it will even get easier,” the 17-year-old actress told FASHION via a telephone interview. “But I think when you really make it part of the natural process of growing, then [you’re] really allowed to use it as motivation rather than as a stopping point.”

Shahidi, herself, has experienced many moments of “failure”— one instance that stands out in particular is when she got her first C on an English paper in the ninth grade.

“It was a really big deal to me because I really allowed it to define who I was,” said the teen activist, who will be attending Harvard University in 2018. “I realized I had taken it so personally and thought as though I was never going to improve. It really gave me this [idea] that I should have been perfect from the get go.”

However, after taking the time to process what happened, Yara used the experience to motivate herself to work harder and improve her writing skills. By the end of the year, she not only got an A on another English essay, but her paper was also used as a sample essay by her teacher.

“I allowed myself to realize that one, there’s no need to be perfect and two, [failure] is the essence of improvement and the essence of growth,” she said of the experience. “Sometimes our growth isn’t linear or as clean as we want it to be, but these moments that we may consider failure are extremely important.”

✨50% of girls feel paralyzed by the fear of failure ✨but those challenging moments can help girls grow and build their confidence.✨I'm excited to be working with the @Always_brand to empower girls to Keep Going no matter what. ✨Together we can help girls see that failing is ok ✨share how you made failure your fuel in the comments below ✨ tag @always_brand & use #LikeAGirl) 〰I’ll be taking over the @always_brand account today ⚡️

So how does Yara suggest embracing failure? By celebrating the small steps and placing focus on how to improve, rather than on the failure itself.

“It’s not even about making perfection the goal, but making general improvement the goal, making moving forward the goal and allowing myself to appreciate the moment I may not have wanted to,” she explains. “In celebrating the smaller steps, I feel like I enjoy the process more and it doesn’t feel as much of a burden.”

She even says to ditch the idea of failure altogether and stresses the importance of finding a support system that works to help you through the experience (for her, that means talking to her “mama” or to a friend).

“I think the most crucial advice that I’ve been given and which has helped me tremendously is finding that support that works,” she says. “It’s really helpful to make sure you have some sort of thing that allows you to get back in your ‘element,’ [and] rather than processing why you failed, process how you can improve.”

You can check out Always’ new #LikeAGirl campaign below: