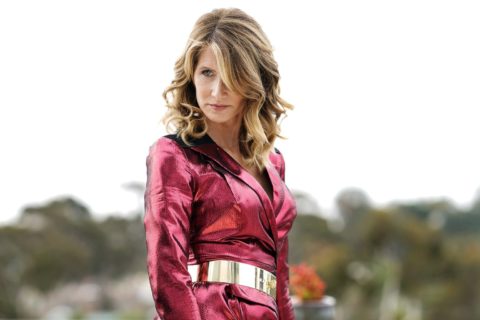 Revealed: The 11 TV Characters Influencing Our Wardrobes in 2019

Here’s who we’re all searching...

It’s no secret that we collectively love a good TV binge: be it Netflix, Crave or any other streaming site for that matter. And it turns out that the characters we spend *hours* watching are having a significant impact on our wardrobes.

Fashion analytics platform Lyst has joined forces with image sharing platform Pinterest to merge their data in order to determine the 11 most influential characters on screens right now. They looked at searches across a combined pool of 306 million monthly global users from January to August of this year.

It’s unsurprising that Villanelle tops the list, what with her chic suits, Molly Goddard dresses and printed pyjamas. In fact, there’s been a 1,060% increase in searches for her style on Pinterest, as well as for Chloé suits (up 32%), Rosie Assoulin (up 49%), leather skirts (48%) and Diane von Furstenberg jumpsuits (up 29%) on Lyst across April and May.

No rest for the wicked. #CAOS premieres Oct 26.

Sabrina Spellman from The Chilling Adventures of Sabrina

A relative newcomer to TV land, Kiernan Shipka’s Sabrina Spellman has quickly bewitched audiences with her style. According to Pinterest, searches for Sabrina’s style have soared by 7,450% and over on Lyst key items like ribbed sweaters, Fair Isle sweaters and plaid skirts were all increasingly searched following the show’s second season.

when they ask if you want milk in your americano

Renata had a powerhouse season in Big Little Lies second series, and her wardrobe reflected that. Lyst’s analytics showed an 87% increase in searches for Roland Mouret’s red Zodiac gown, as well as a 23% rise a few weeks later when Klein wore the brand’s Delen jacket. Over on Pinterest, saves for Big Little Lies outfits jumped 490% year-on-year.

Jane Villanueva from Jane The Virgin

During the final season of the show, searches for Jane’s style increased 85% on Pinterest, whilst Lyst noted over 7,000 searches for Zimmermann’s Heathers Mini Dress after it was worn by the character.

The French Tuck is officially a thing. According to the report, “Tan’s style is behind some of this year’s biggest spikes in demand on Lyst.” Following the season four premiere, searches for men’s striped shirts increased 39% month on month, men’s suit searches grew by 11% and there was a 58% increase in pins of patterned polo shirts.

How can they come back from this? Stream the latest: link in bio. #Riverdale

The Blair Waldorf aesthetic will never die, and the spike in searches for Veronica Lodge style on both platforms proves that. A Topshop checked coat worn by the character in season three sold out in the week immediately following its reveal on screen, Ba&sh dress searches were up 55% in May and Alice + Olivia’s Tanner dress had a 60% increase in views within 48 hours on Lyst. Over on Pinterest, there was a 29% increase in searches for pleated dresses.

Delivering inspo straight to the streetwear set, searches for Nike’s PG 2 sneakers “grew by 14% between January and March after Eric wore a bright purple pair in an episode,” according to the report. Plus, searches for matching tracksuits increased by 22% in the same timeframe. The character’s tiger-print sweatshirt was the biggest success, leading to a 40% increase in searches on Lyst and a 44% increase in searches on Pinterest.

The stylish college intern vibe is working for Yara Shahidi’s charcacter with searches for Zoe’s outfits up 28% on Pinterest following the show’s second season. Specific searches from the show include the Lilo Striped Cat jumper from Zadig & Voltaire, Diane von Furstenberg’s leopard print shirt and the spot overalls from Topshop. The latter “became the most wanted dungarees on Lyst in July, quickly selling out,” according to the report.

Following in the footsteps of its stylish predecessor, the Pretty Little Lies spin-off is proving to be just as popular with fashion fans. Searches for Ava’s style skyrocketed by 9,160% on Pinterest, and on Lyst, searches for her ruffled velvet dress increased 37% following the episode in which the piece featured and L’Agence’s Kelly Cape had a 44% year-on-year search increase, too.

who are those frozen women??

Leaning into ’80s style in season three proved very inspiring to the show’s fashionable watchers with saved images of Eleven increasing on Pinterest by 28%. Lyst reports that searches for rompers were up by 57% following the episode in which Eleven wore a bright iteration of the style, and that more than 1,000 shoppers searched for “Eleven shirt” in the month the new season aired.