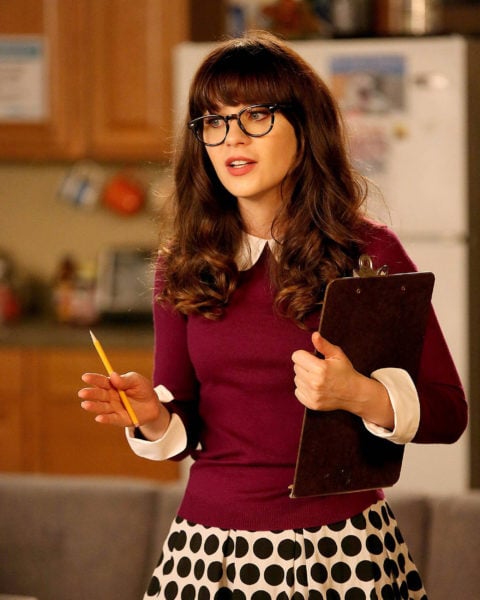 The Tumblr-era Twee Aesthetic is Making A Comeback

But let's ditch the fatphobia this time around.

We’re only four days in, but 2022 is already feeling like a continuation of pandemic years gone by.

With the uncertainty and stress of our current reality, it only makes sense that we look to the past for comfort. And in the fashion zeitgeist, that means a shortened cycle of style revivals. On TikTok, the latest trend to make its return is the era of twee.

Reply to @abandoned1110 i wouldn’t wear all of these but it was fun to play 2012 dress up! #twee #tweerevival #fitcheck #outfitideas

The hipster aesthetic was popularized on Tumblr during the late 2000s and early 2010s and could be described as cutesy, quaint or vintagecore. The British term “twee” actually dates back to the early 1900s where it was derived from a “baby talk” mispronunciation of the word “sweet.”

Staples of the style include colourful tights, oversized collars, bows, cardigans, blouses and hairstyles with bangs. Certain objects also became synonymous with the aesthetic, like ukuleles, teacups and typewriters.

Drawing inspiration from mod styles of the 1960s and ’70s, twee also relies on accessories like belts, hair bows or berets, and satchel bags. Actor Zooey Deschanel is associated with the era, embodying twee style on the sitcom New Girl, which premiered in 2011. Director Wes Anderson also became known for capturing twee in his whimsical films, using a distinctly colourful vintage aesthetic in his cinematography.

If you were on Tumblr during the twee era, you know how far its impact went. It was more than a style trend, it was a cultural movement. Journalist Marc Spitz argues in his book Twee: the Gentle Revolution in Music, Books, Television, Fashion, and Film that the aesthetic was the most powerful movement since punk and hip hop. He says twee influenced the culture at large: encompassing music, art, film, fashion, food and politics.

The twee revival comes as other Tumblr-age aesthetics like dark academia, alt-goth and Y2K style trends like “coconut girl” return to the mainstream. The resurgence of these trends has consequently prompted recollections of the fatphobia that existed on Tumblr during this era, and how mainstream representations of the twee style aesthetic excluded larger people.

We still have time, audio still has less than 550 videos under it. #tumblr #2014tumblr #aesthetic #twee

Despite being a haven for personal style exploration and self-expression, early 2010s Tumblr was known for fostering eating disorder discourse and unhealthy body image forums. So much so that in 2012, Tumblr had to implement policy changes to take down blogs that “[glorifed] or [promoted] anorexia, bulimia, and other eating disorders; self-mutilation; or suicide.”

While the return of fashion from the early aughts and 2010s gives us all a little nostalgia, it’s important to recognize the rigid beauty standards that those styles often relied on, and the harmful body image discourse that was pervasive at the same time.

twee can come back, fatohobia cannot.

Twee is making its return during a time where body acceptance is more mainstream. TikTok trend forecaster Mandy Lee (@oldloserinbrooklyn) points out that the culture surrounding beauty standards has shifted, and this will impact how the twee revival materializes.

“We’ve evolved over time, and what was accepted and normal back then is not the same as what’s normal and accepted today,” she said in a recent TikTok. “Like, [if] people come on TikTok and start glorifying the thigh gap, that’s really not going to fly in the way that it was accepted 10, 15 years ago. We know this is harmful and it’s not part of accepted culture.”

Reply to @lou_hw CW: body image, ED. a chat about toxicity within twee

Ultimately, it’s up to brands to cater to all body types when embracing these style comebacks. When Miu Miu famously debuted its Spring/Summer 2022 collection with the return of the low-rise mini skirt in October 2021, only thin models strutted down the runway. This in turn brought back familiar anxiety from when Y2K “heroin chic” dominated beauty and fashion spaces.

In the age of body acceptance, we have the opportunity to bring diversity to these nostalgic fashion trends. Creators have pointed out that those with larger bodies have always sported twee, they just haven’t historically been represented in mainstream media.

As twee makes its way back into our lives, the call for inclusive fashion is more present than ever.