Even those with entry level red carpet know-how would be savvy enough to assume that most of Hollywood’s finest didn’t wake up like that. Blake Lively aside, most actresses work with stylists to achieve the looks they step out in, many of which make fashion history and set trends for the coming seasons. To find out what goes on behind-the-scenes, we spoke to 3 top Hollywood stylists who share their secrets behind some of red carpet recent history’s most famous looks.

“This is how I watch the #golden globes2015 @dominos,” tweeted Brad Goreski this past January. Casually dressed and holding a pizza, with the TV on in the background, he looked like millions of other viewers. Except, unlike the rest of us, the Hollywood stylist was zipping stars like Joanne Froggatt and Jenna Dewan Tatum into their red carpet confections just hours before. A dream job for anyone, especially for a guy who grew up in Port Perry, Ont. “I always had a desire for glitz and glamour. I feel like it’s in my blood,” he says.

When this man-about-gown hit la-la land in his bright, sharply tailored suits, signature bow ties and statement frames, a sartorial star was born. From assisting stylist and designer Rachel Zoe (his former boss) to exclusively styling for Kate Spade, it seems Goreski is the poster boy for multi-tasking—especially when it comes to dressing his clients for awards season. “Some fashion brands will have a special capsule collection that’s only for VIP. We really share all the gowns with magazines, sales and trunk shows,” he says. “Getting your hands on one of the newest gowns is like figuring out a big puzzle.” Pre-Fall—the transitional collections that begin arriving in stores in May—is Goreski’s first choice, but if that doesn’t pan out, he’ll opt for spring or custom looks. 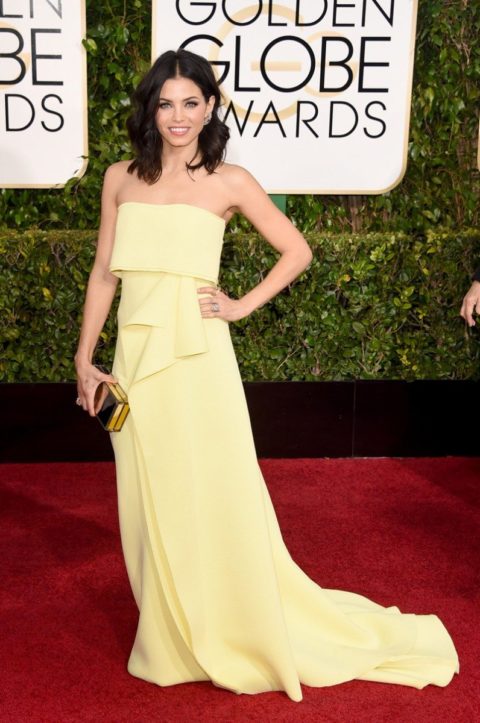 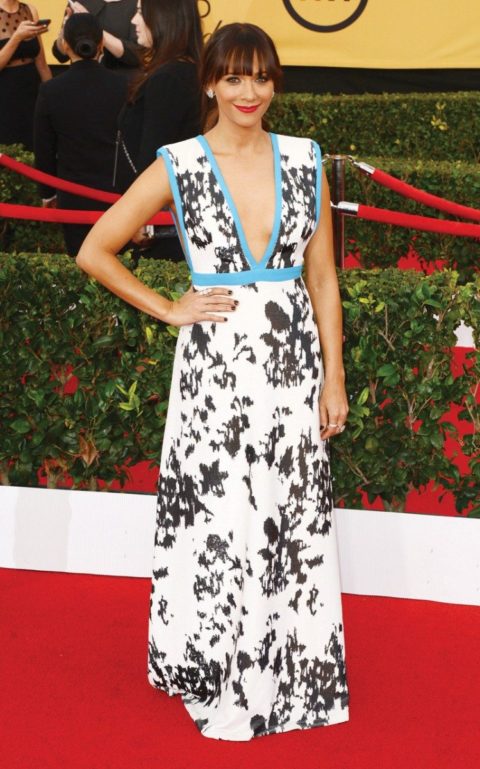 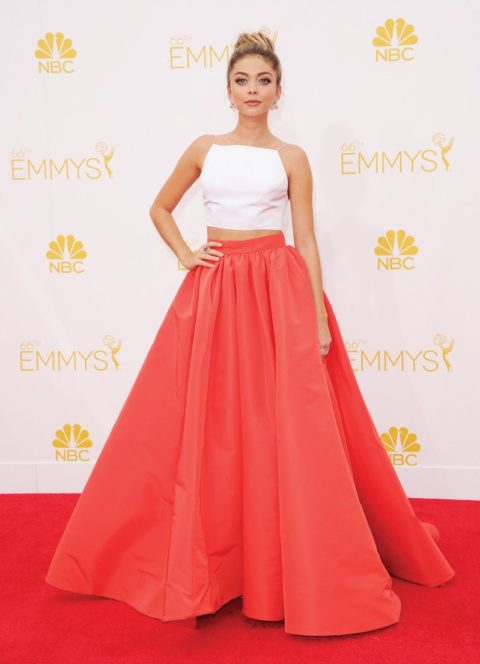 When it comes to celebrity clients, like Sarah Hyland and Rashida Jones, with whom he works regularly, shaking things up is part of his recipe for red carpet success. “If they wore red to the globes the year before, I’ll go toward a softer palette or change the silhouette,” he says. To ensure the fit is flawless, he does two to three fittings at his studio, where countless pairs of shoes are also on hand. Platforms, open-toed, closed-toed, metallic,nude—the possibilities are endless, but decisions need to be made ASAP. “You can’t change the shoe last minute because the dress is altered to the height of the shoe you choose,” he says.

High fashion and high stress go hand in hand, but Goreski seems to effortlessly tap dance his way through the pre-show mania. Once his clients are red carpet ready, he kicks off his two-toned oxfords and begins prepping for the next day’s episode of Fashion Police(he’s a new panelist on the E! Network show this season). Dreamy dresses and a couple of slices from domino’s—sounds like our kind of night.

“Real people” aren’t words we would use to describe Hollywood’s leading ladies, but, according to in-demand stylist Karla Welch, that’s who she deals with at celebrity fittings. “We’re dressing women who aren’t six feet tall,” she says, referring to the lanky, young models on the runways. “You’ve got to do some tailoring and make it work.” Based on her diverse client roster—she styled teen breakout star Hailee Steinfeld in pink tulle Marchesa for the Oscars in 2011 and a pregnant Olivia Wilde in a bumptastic sequined Gucci column for the Golden Globes in 2014—it’s clear she’s in the business of making bodies look beautiful.

Growing up in British Columbia, Welch fell in love with fashion while working at her father’s clothing store, doing his window displays after school and accompanying him on buying trips during her summer break in college. Needless to say, she’s not afraid to roll up her chic sleeves and get down to work. For Amy Poehler’s co-hosting gig at the Golden Globes in January, custom-made dresses and multiple looks were on the style menu. (When we spoke this past December, she had already been working on Poehler’s dress for two months). 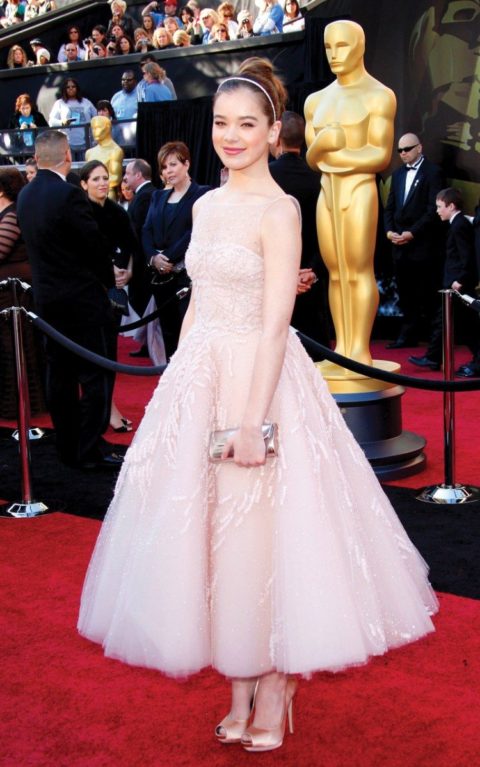 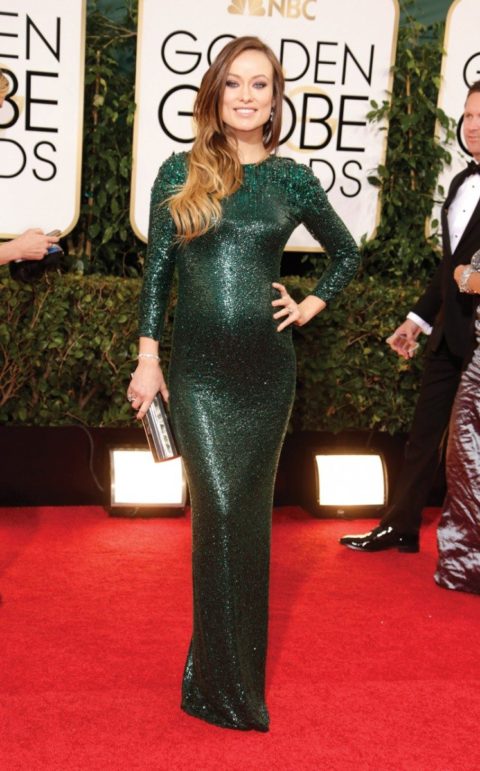 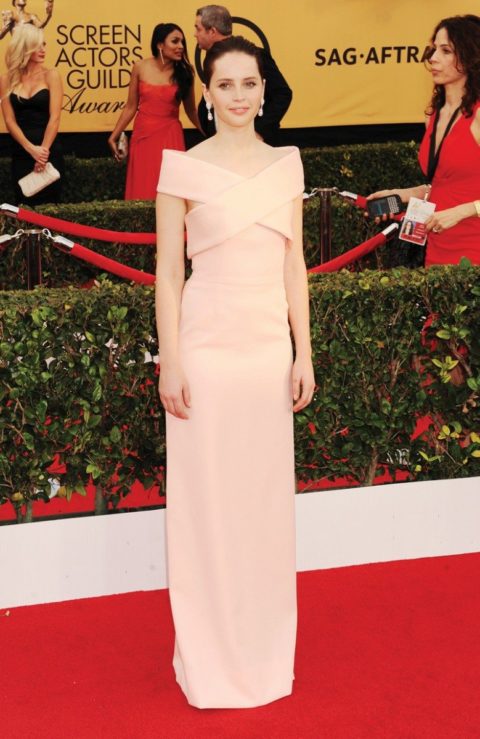 Top stylists like Welch know that a client’s personality is a big part of this biz. “That’s the starting point—you don’t want it to be the dress, you want it to be the woman,” she says. “They have to feel amazing. If they don’t, you have to make sure that can be solved.” Emergencies rarely pop up, but when they do, she’s fully armed. When she’s getting her A-list clients ready the day of, Welch always has a tailor on hand for last-minute fixes. “Celebrities are so scrutinized because of magazines and bloggers, so everything has to fit perfectly. The underpinnings have to be perfect, too,” she says. Somehow it’s reassuring to know the red carpet is really just one big sea of Spanx.

As for gowns, Welch believes two is better than one. “I always have a backup dress. You have to love it as much as your first choice,” she says. Then there’s the question of skin: Is it OK to show your golden globes? Celebrity dressing is a balancing act of body parts. “If you’re going to show cleavage, then you shouldn’t show a ton of back,” she says. Knowing the event space is another one of her steadfast rules. “You can’t wear a big dress or manage a train at the Golden Globes. It’s a very small room and it’s jam-packed—there are tables and everyone’s drinking,” she says. “Save the big dress for the Oscars.”

Post-show, Welch and her team (three full-timers and an additional three during awards season) can be found picking up and returning the multimillion-dollar jewels worn by her clients. Any fairy godmother knows the spell is broken after midnight.

Not everyone can pull off a purple ombre tiered gown. But when you throw Givenchy couture and one of Hollywood’s top stylists into the mix, the result is pure gold. “It was a really big moment,” says Petra Flannery, referring to client Zoe Saldana’s sartorial win at the Oscars in 2010. Big fashion moments like this spread across Flannery’s style portfolio like glittering stars in the sky. With a VIP roster of cool girls that reads like the cast of a buzzy new film—Emma Stone, Mila Kunis, Amy Adams—it’s clear she shines bright behind the seams.

A former agent at Elite Model Management, she was immersed in every part of the industry, including photo shoots, where fashion is spun into art. She fell in love. “I didn’t set out to become a stylist, but once I did, I realized this is where I’m meant to be,” says Flannery. “It had the creative element I was looking for.” Dreaming up red carpet looks for—and often with—her elite clientele means she has a lot of haute homework to do, scanning hundreds of looks and meeting with designers. Custom-made gowns often result from the latter. “Literally depends on the time factor, how much I’ve worked with someone before and knowing the execution,” she says. “There are a lot of people working to get it done; some of these dresses are so intricate.” Whether she takes the custom, couture or ready-to-wear route, she spreads the love when it comes to labels. “I don’t rule anyone out,” she says. “Valentino’s been around forever, but I love that the designers are bringing a fresh feel to it with all these different fabrics.” Newer labels like Prabal Gurung are also on her red carpet radar. 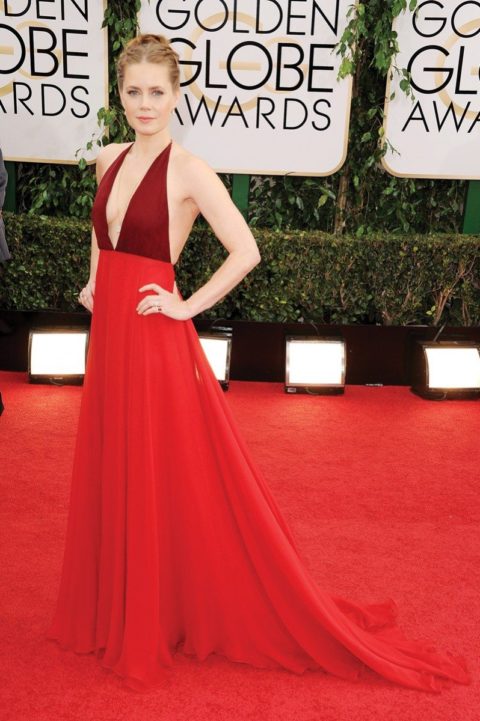 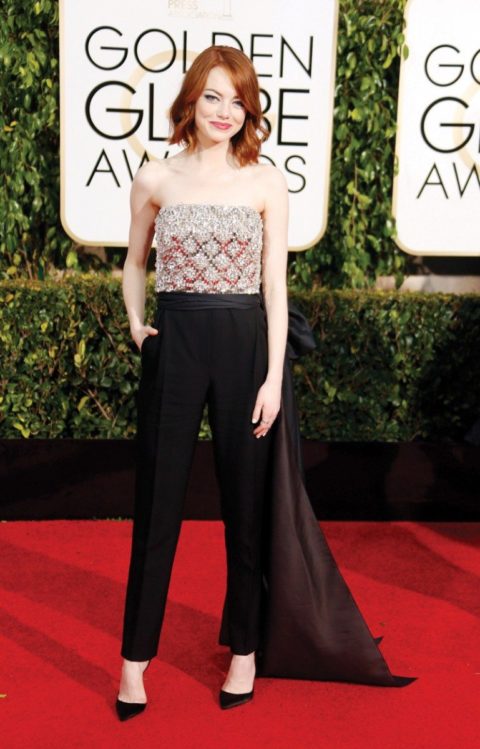 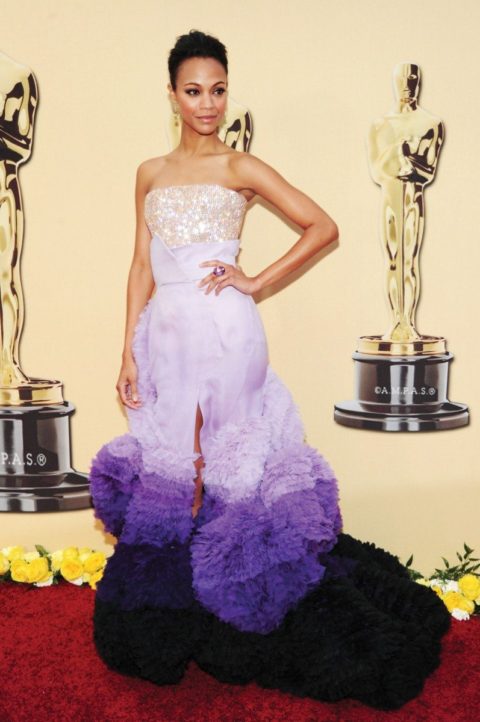 Travel to and from premieres and press tours also requires Flannery’s style skills. The majority of these celeb looks are pulled directly from designers, but for casual pieces (you know, for causing a flashbulb frenzy at Heathrow or touching down in Dubai), she looks to tried-and-true favorites like J Brand leather leggings, The Elder Statesman cashmere and Max Mara coats. In 2014, Emma Stone zigzagged across the globe to do six premieres for The Amazing Spider-Man 2. Needless to say, packing for this type of travel is executed with extreme precision. “We take pictures of the fittings, so those become great reference points,” she says. “Everything’s labelled and hanging together per look.”

In the fickle world of fashion, trends come and go, but a contemporary spin on a classic look will always be relevant on the red carpet. For power stylists like Flannery, awards shows are fashion history in the making. “The Oscars are such a timeless event. Those images run forever,” she says. If ever there were a time to go big.