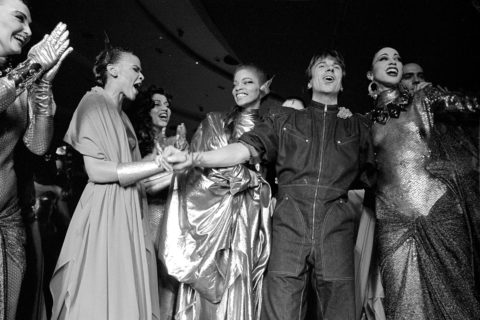 A Look Back at Thierry Mugler’s Best Creations

The designer brought sex, theatrics and sci-fi to the runway.

The French designer, who died January 23 at age 73, opened his eponymous Paris boutique in 1978. At that time, he had already worked for several designers and created his own collection, Café de Paris.

In the ‘80s and ‘90s, Mugler’s popularity grew as his penchant for sultry futurism, hyper-feminine glamour (think broad shoulders and cinched waists with a distinctly sci-fi feel) and theatrics that bordered on drag rewrote the traditional catwalk.

As his stature grew, Mugler’s designs were worn by celebrities like Diana Ross, Madonna and Grace Jones (and, later, Kim Kardashian West and Cardi B).

In 1992, he took up the title of perfumer with his iconic Angel, hailed for its reinvention of gourmand fragrance. As a photographer, he published two books in 1998, Thierry Mugler: Photographer and Thierry Mugler: Fashion Fetish Fantasy. He would also go on to direct short films, advertising films and video clips, including the music video for George Michael’s 1992 dance-pop hit “Too Funky.”

Perhaps most memorable was his 1995 Fall Haute Couture Collection, famously referred to as the “Woodstock of Fashion.” Held at the Cirque d’Hiver in Paris, the show was a celebration of the brand’s 20th anniversary and featured a performance by James Brown and cameos by Tippi Hedren and Patty Hearst, to name a few.

Mugler became famously reclusive after retiring from the industry in 2002 — going by his first name, Manfred, instead of Thierry — and underwent a physical transformation. “The physical mutation was a sort of return to myself — a repairing and reconstruction, too,” he once said.

He continued to work in the world of perfumery, and would collaborate selectively with the likes of Cirque du Soleil and Beyoncé (he served as artistic advisor and costume designer for her “I Am… World Tour.”) For the 2019 Met Gala, he came out of retirement to design a dress for Kim Kardashian West under the name House of Mugler.

A testament to his legacy, Mugler’s designs are highly coveted today by Gen Z. After the news of his death broke, words of remembrance have poured in from the industry and celebrities alike.

“The term genius is thrown around far too lightly these days, but in my opinion Mugler was one of a handful of true genius designers of the last 50 years who deserved that title and more. I know his name and his work will be discussed, studied and revered for centuries to come,” wrote Canadian model Coco Rocha on Instagram.

“I think beauty is the human emotional vehicle between us and it’s very important,” he told FASHION in 2019 at the time of his Thierry Mugler: Couturissime exhibit in Montreal. “It’s important in architecture and painting and art, but people don’t invest in beauty anymore. They invest in violence, and that’s why I tell people to look beyond the sexual aggressivity that’s sometimes in my clothes: Don’t look at the cliché; look at the way it was done. There was always this balance to make it beautiful, high-class and respectful for the human being.”

Below, we look back on some of Mugler’s best works. 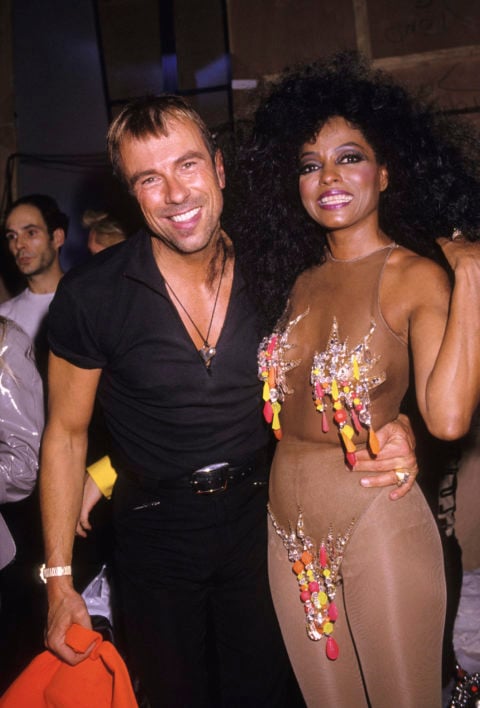 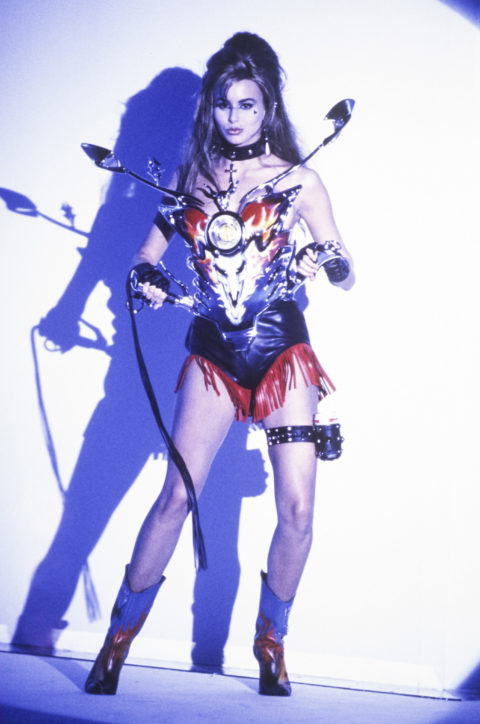 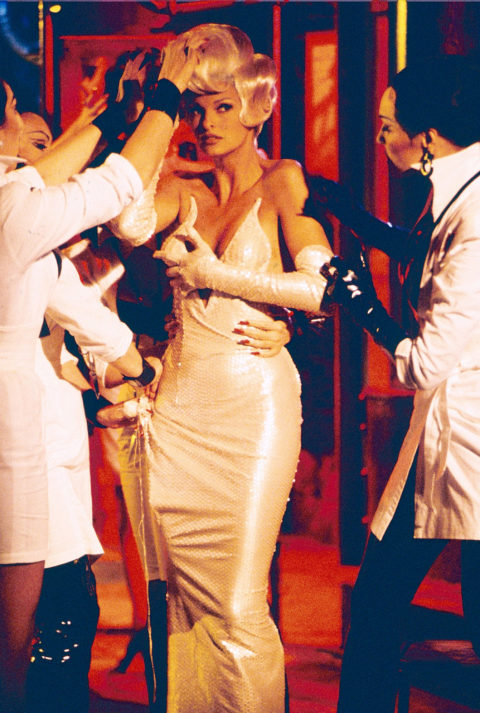 Linda Evangelista in the "Too Funky" video shoot circa 1992 in Paris, France. Photography by Kevin Mazur/Getty Images 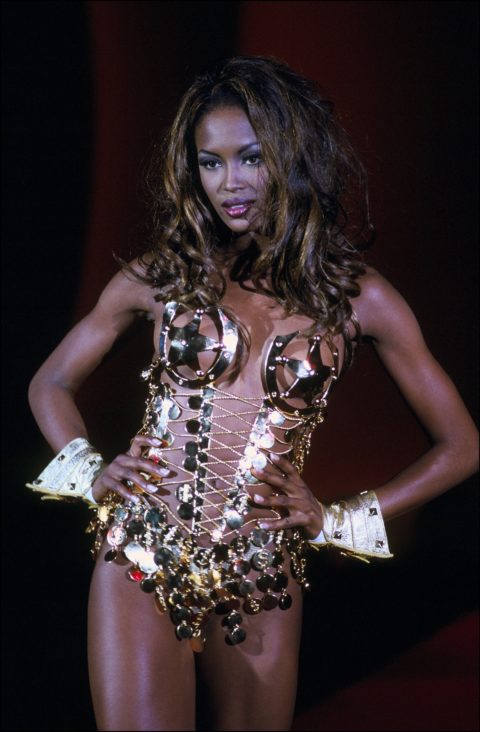 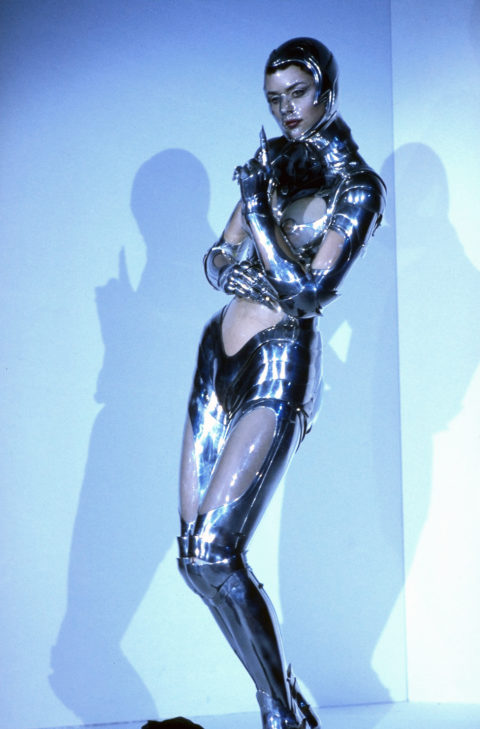 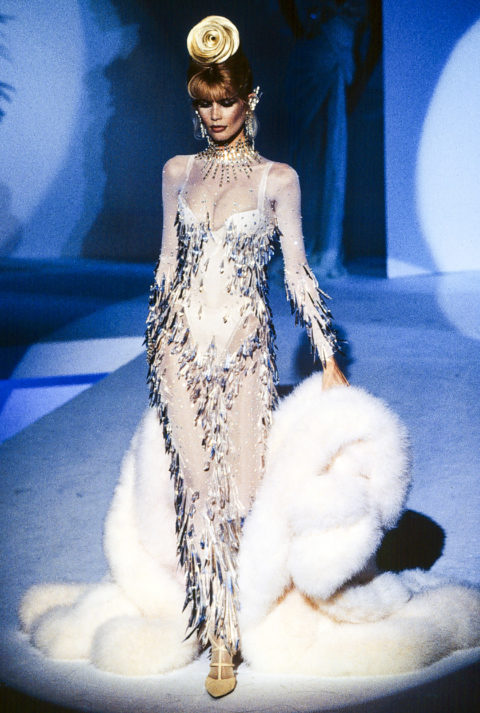 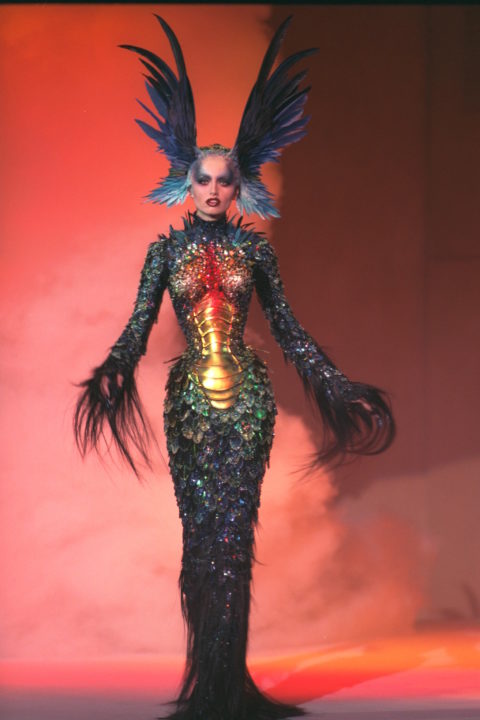 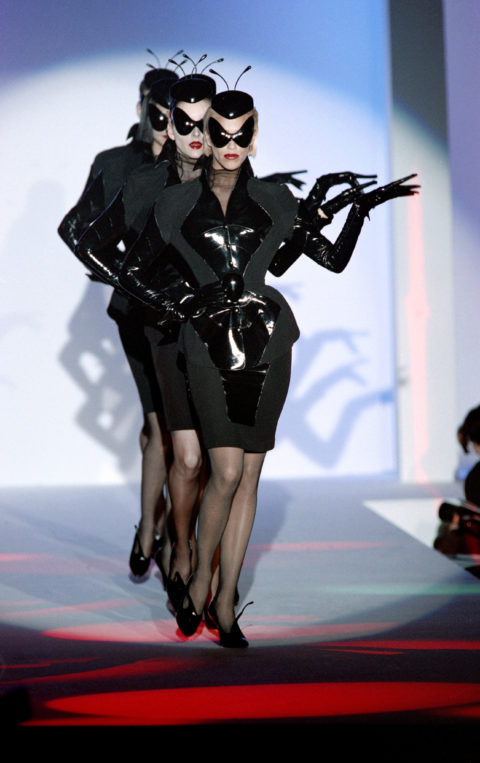 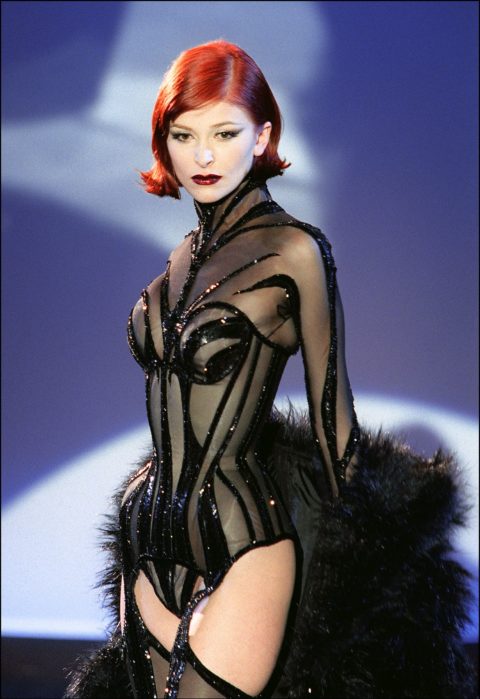 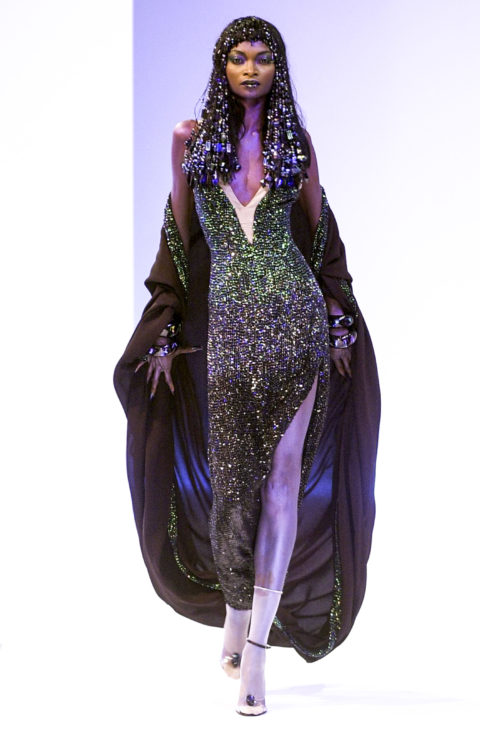 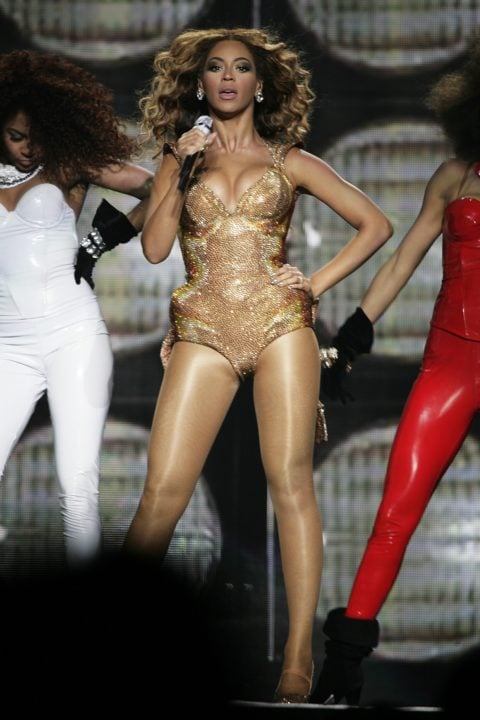 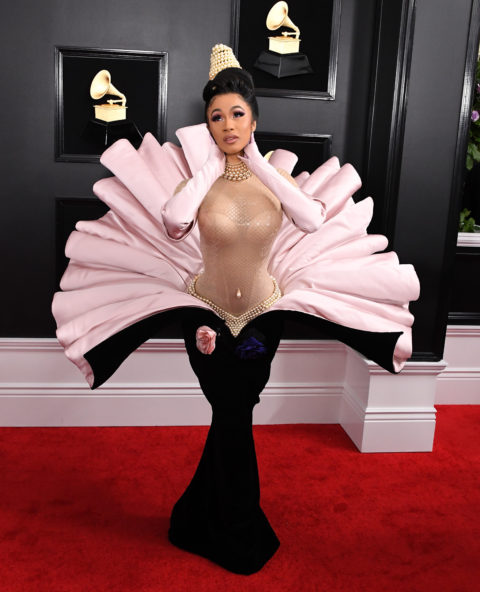 Cardi B at the 61st Annual GRAMMY Awards. Photography courtesy of Steve Granitz/WireImage 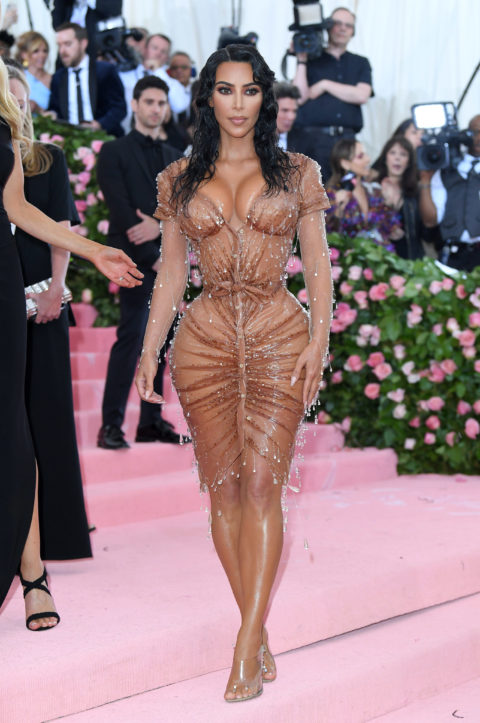