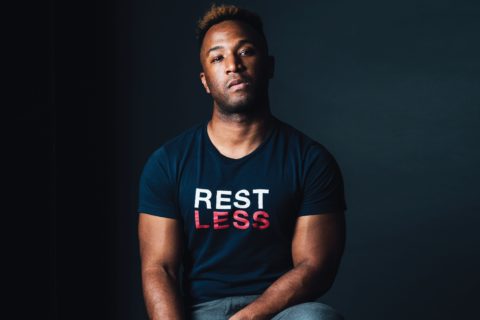 “Being woke means being socially conscious. It’s about actively being aware of what’s going on and wanting to take steps to affect change.”

Last December, Teen Vogue shook the Internet when it ran the scathing, now-infamous op-ed “Donald Trump Is Gaslighting America” by Lauren Duca—partly because it was that good and partly because people couldn’t handle that a teen-fashion site had produced a piece of smart political commentary.

Post-Gaslightgate, Teen Vogue has continued to up its political ante, most recently with the launch of Woke Letter, a weekly activist newsletter written by social media director Terron Moore. The objective: to keep readers informed and the resistance going strong. Which, FYI, doesn’t make it a Trump newsletter. “When the president has done something our readers need to be aware of, we’ll talk about it, but we want to keep them well-rounded,” says Moore. “There are a variety of things we want them to stay woke about.” Topics have ranged from LGBTQ rights and the Manchester bombing to white terrorists and former president Andrew Jackson. “Being woke means being socially conscious,” says Moore. “It’s about actively being aware of what’s going on and wanting to take steps to affect change.”

Months in, Woke Letter continues to engage, in no small part due to Moore’s approachable tone. “I wanted Woke Letter to feel like the conversation you have with your friends after you read the news,” he says. “It’s important to me that it’s fair and honest, but I want to make room for humour, wit and…” he pauses, “heart.” Case in point: Every letter closes with the words “I love you.” “I did it by accident, but then it became a regular thing,” he says. “I think everyone needs a little more love these days.”