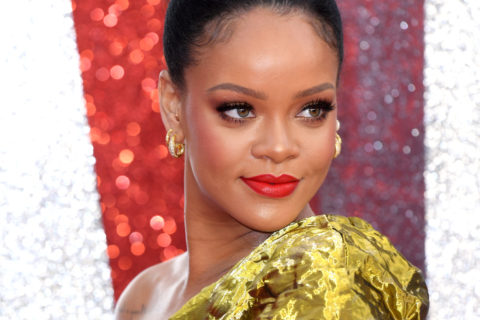 Rihanna is Launching Her Own LVMH-Backed Luxury Label

Rihanna is well on her way to mogul-dom. In 2017, she launched Fenty Beauty to unprecedented success (sales surpassed $100 million in just a few weeks) and in 2018, followed it up with the Savage x Fenty lingerie label. In 2019, Rihanna is reportedly on her way to creating a luxury label backed by LVMH, the parent company that owns Louis Vuitton. LVMH has not built a new brand since 1987 when they spent an immense amount of money to launch Christian Lacroix (which they later sold in 2005), instead preferring to acquire established brands. But Rihanna herself is already an established brand, as a musician and artist and LVMH has reportedly already handpicked a stable of employees from Louis Vuitton and Celine to work on the forthcoming label. Though Rihanna’s star power has certainly served her well in the cosmetics arena, sales do not appear to be quite as brisk for her lingerie line. And though most of her fans can afford a $30 makeup palette, will they be willing to pony up north of $2,000 for a handbag? LVMH is betting yes. (WWD)

Moments frozen in passage, from one experience, one plain, to the next. Discover “Somewhere, Nowhere”, the #MiuMiuSS19 advertising campaign by @DavidSimsOfficial, featuring #DuJuan, @JulietteLewis, #LolaLeon, @Maya_Hawke, and @ZazieBeetz via link in bio. Creative Direction & Styling by @KeGrand.

Though celebrity offspring like Kaia Gerber, Katherine Schwarzenegger and Sofia Richie seem to be all over the news lately, Madonna’s daughter Lourdes Leon, 22, has maintained a slightly lower profile. Though she walked the runway wearing a shell bra at Gypsy Sport’s Spring 2019 show at NYFW last year, her appearance in Miu Miu’s spring 2019 ad campaign appears to be one of her first forays into genuine celebdom. In the campaign, Leon is nearly unrecognizable, sporting a pixie cut with a bow headband, knee socks and red stiletto pumps. Ethan Hawke’s daughter Maya, Juliette Lewis,  Zazie Beetz, and Du Juan also appear in the campaign. (WWD)

Why hasn’t #metoo come for Ian Connor? To date, six women have publicly accused former Kanye West creative consultant of rape. Recently, he launched a new clothing label, starred in magazine editorials (Numéro magazine proclaimed him one of the “coolest it-boys of the moment” earlier this month), and attended top fashion shows, sitting front-row at Virgil Abloh’s debut show for Louis Vuitton last summer. “Nothing has happened. And just as of recently he’s been more and more and more put in the media and pop culture, he’s kind of found his way back into being socially accepted,” says Jean Deaux, who first made public allegations against Connor in April 2016. Muna Mire, a writer and associate producer on television show Desus & Mero, tweeted last week: “Did Ian Connor face literally any consequences I feel like I still see him in the background of Virgil’s Instagrams?????” Connor was quick to respond: “If The Consequences Were More Money, More Power, And A Clearer Head Space Then Yes. I Did Face The Consequences,” he tweeted back. BoF managed to reach three of the six women who had publicly accused Connor of raping them. They each reaffirmed their allegations. Read the full story on businessoffashion.com [Link in bio] ?: @gettyimages

In February 2018, Julie Zerbo of the Fashion Law wrote a blog post about allegations of rape against Ian Connor, a 23-year-old design muse who sits front row at Raf Simons’ shows, pals around with Virgil Abloh and has modeled in Yeezy presentations. The post didn’t seem to blow up the internet the way some of Zerbo’s other posts have, like say, her story on Louis Vuitton getting sued by the maker of a fake handbag shaped like the poop emoji, but it’s newly prescient after Business of Fashion published a similar story this week titled “Why Hasn’t #MeToo Come for Ian Connor?” Though rape allegations have trailed Connor since 2016, his career has flourished, working as a stylist for Wiz Khalifa, modeling for WHO and launching the dubiously-named streetwear line Sicko Born From Pain last year. Connor denies the allegations. In 2016 he told Broadly, “I’m being accused of rape, and I would never rape anyone.” ASAP Rocky defended him from allegations, stating “That’s my little brother. Fuck what the world gotta say. You feel what I’m saying? He’s a young visionary,” in January 2017. A total of six women have accused Connor of rape to date. Representatives for Kanye West, Virgil Abloh and A$AP Rocky did not respond to requests for comment. (Business of Fashion)

Chanel To Present Their Cruise 2019 Collection at the Grand Palais

Though Chanel presented their Metier d’Arts collection at the Metropolitan Museum of Art in New York this past December, the brand has announced they will return to Paris to display their upcoming Cruise collection. On May 3rd, 2019, Chanel will show their cruise collection at the Grand Palais, the spectacular Beaux-Arts venue that has hosted all Chanel couture and ready-to-wear shows since 2005. “Karl Lagerfeld’s decision to hold the show at the Grand Palais demonstrates the close link between the house and this exceptional location, and confirms Chanel’s desire to contribute to the cultural and artistic influence of Paris around the world,” the brand said in a statement. Last year, Chanel pledged $25 million euros towards a renovation of the Grand Palais to be completed before Paris hosts the 2024 Summer Olympics. Despite the Gilets Jaunes protests currently happening in France, this announcement is a clear dictum that the show must go on. (Press Release)