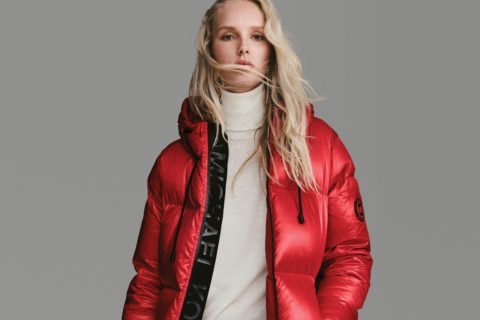 How the Puffer Jacket Became a Style Staple

There are almost as many different styles of puffer jackets as there are people in the world. We’re partial to Michael Kors’ take on this ‘it’ trend.

What do Bella Hadid, Notorious B.I.G., Sir Edmund Hillary and George Costanza all have in common? If you’re stumped, we don’t blame you. The singular item uniting all these individuals (and one fictional character) is an appreciation for the humble puffer jacket.

Puffer jackets have long been a symbol of practicality but the winter staple never held much sway in the style department – until now. Over the past few seasons, puffer jackets in all manners of shapes, colours and sizes have gone from the margins of style to front and centre. What was formerly the sole province of ‘90s rappers and the Michelin Man are now regularly spotted on everyone from Kanye West to Kate Middleton. So how did they end up on the top of the stylistic heap?

One of the key elements to the puffer trend is the number of celebrities embracing the look. Last year, Ariana Grande was spotted in a baby blue puffer jacket that swallowed up her tiny frame, and Kendall Jenner wore a cropped puffer style in cherry red. In January, Hailey Bieber looked ready to hit the ski slopes in a bright yellow puffer. But the biggest puffer jacket fan of the bunch might be Rihanna, who has a rotating wardrobe of puffer jackets, from cropped pink velour to glossy black, that she wears in the summer as well as the frigid cold.

Another aspect of the puffer’s rise is its utilitarian appeal. For the past few seasons, the runways have been bombarded with a deluge of hyperpractical styles, from extra pockets to fatigue pants. Puffer jackets are a key part of this trend. Fashion has shifted from flights of fancy to favouring more practical garments that are built to last. People are choosing to build more sustainable wardrobes by investing in quality items that are built to last, and a good puffer jacket more than fits the bill.

Yet another reason for their popularity could be their versatility. There are almost as many different styles of puffer jackets as there are people in the world. From ankle-length duvet coats to cute cropped jackets, there’s a puffer out there for everyone. Michael Kors introduced a street-smart puffer in glossy red, a statement leopard-print number, and a reversible leopard-to-logomania jacket, so you can hit two of the season’s biggest trends at once. Lightweight and warm, they’re styles you can reach for on any occasion.

No matter whether you’re about to hit the slopes in Aspen or simply suiting up for a trip to the grocery store, puffer jackets will help you weather the storm. 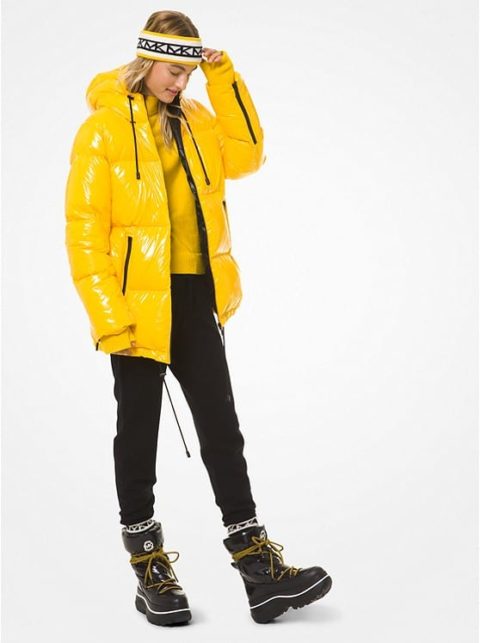 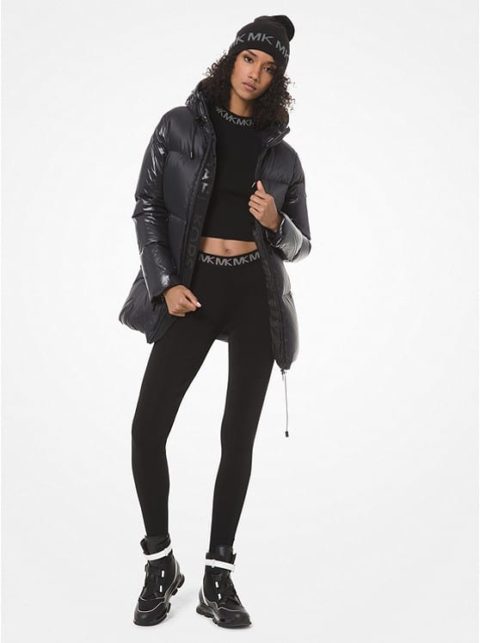 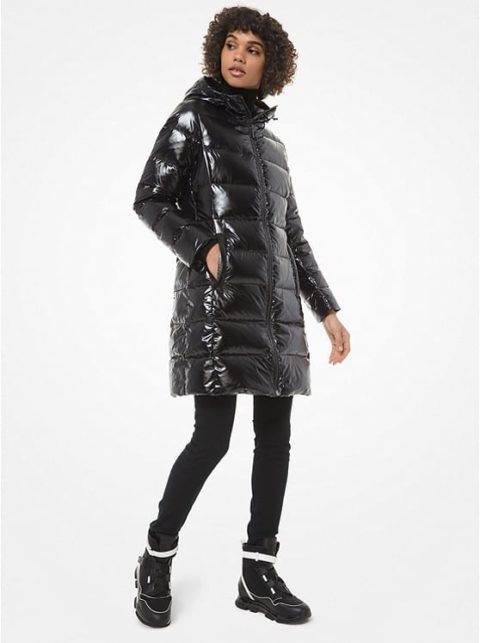 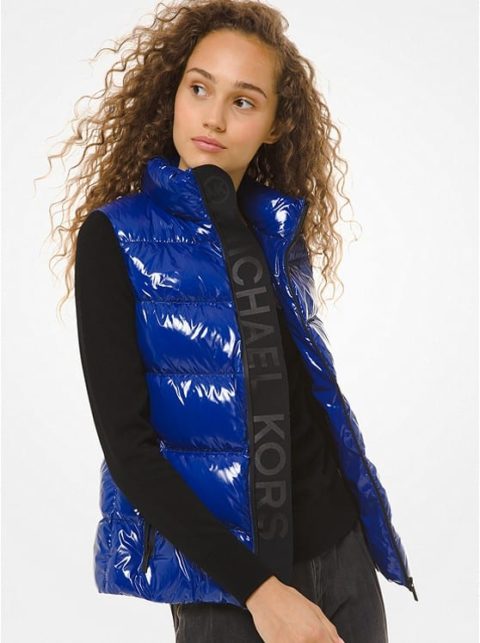 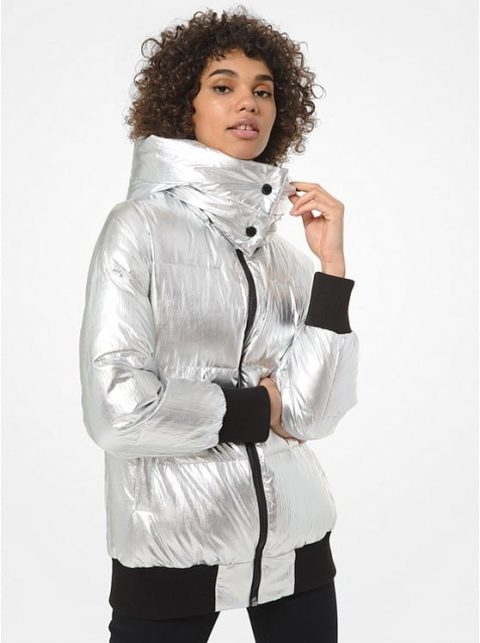 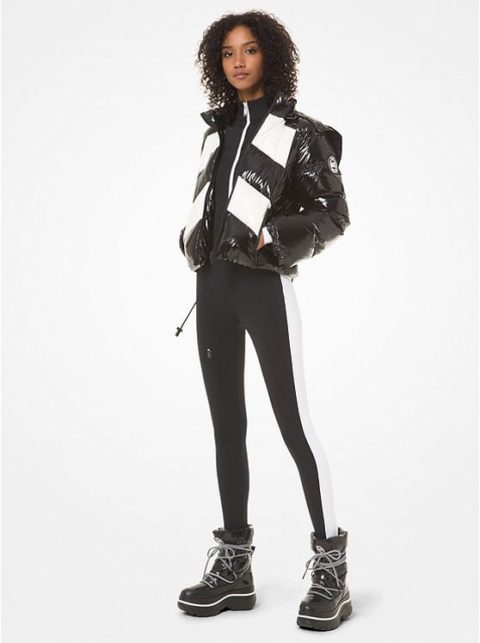 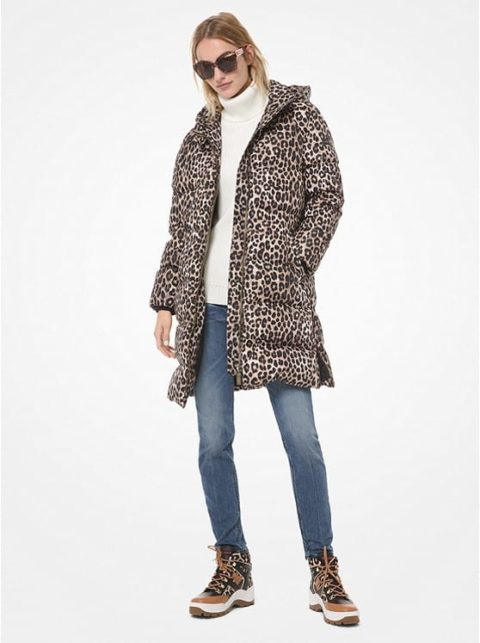 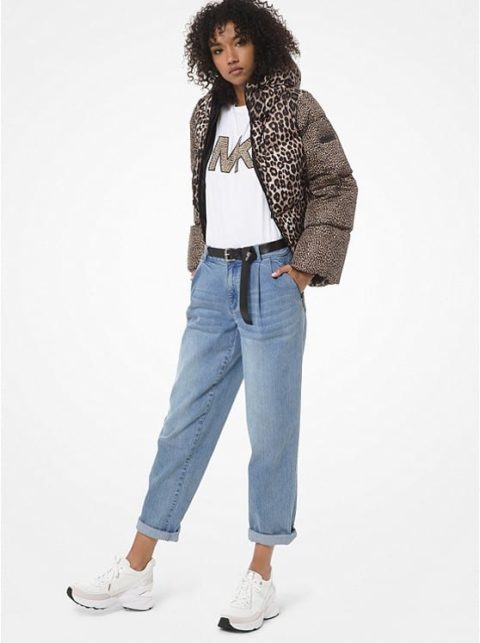