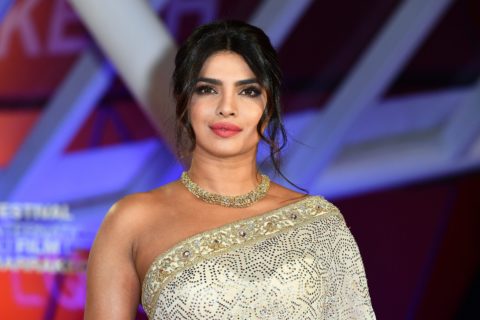 Priyanka Chopra Jonas is the New Face of Crocs

Priyanka Chopra Jonas has landed herself a new gig – as the face of the world’s most controversial shoe brand, Crocs. However, there’s a very good reason for the team-up – the brand has donated 50,000 pairs of shoes to children in Belize in partnership with UNICEF, for which Chopra Jonas also serves as an ambassador.

The relationship, she says, is “very organic”, telling ELLE US, “I have been a fan and a user of Crocs for a very, very long time….[and have been] working with UNICEF for a really long time. I remember doing a UNICEF trip one time, and I saw all of these kids with no shoes or rundown shoes. And I remember saying at that point that I wear Crocs so often that Crocs would be a better shoe that would last, look good; kids would have comfort. And that conversation started with Crocs. And we partnered with UNICEF and Crocs and delivered about 50,000 shoes to kids in need. We decided to come together for this campaign because again the campaign is very organic to me.”

@priyankachopra is helping us spearhead an initiative to help everyone around the world be comfortable in their own shoes. Belize is just the beginning and in partnership with @unicef, we’ll donate 50,000 pairs of Crocs to deserving children and provide them with a basic necessity which helps them attend school. We couldn’t be more excited about this partnership and the incredible ambassador that is helping make dreams a reality.

In the interview, the actress goes on to share her best styling tips when it comes to the polarizing shoe, saying that she’s “worn Crocs at a ranch with a silk skirt and a camel T-shirt. And I’ve thought that looked amazing.” The sandals, she says, are her go-to because they are “super comfortable” and “really, really stylish.” She even went as far as to say that she’d rock a pair on the red carpet. “If I were to wear Crocs on a red carpet, I would wear the Crocs sandal because it has a heel. And I would wear that with a dress that had a slit so that you can see one side of the leg and it would add length to it. I would probably choose a black pair, and have a really cool pedicure as well, with the slide, so the leg would look amazing.”

There you have it – Crocs, coming to a red carpet near you.

Photo by Dominique Charriau/Getty Images
Get the best of FASHION in your inbox Thanks for signing up!
The latest fashion, beauty and celeb news delivered right to your email #FASHIONforall Now, check your inbox to complete your subscription
We won’t ever use your email address for anything else
Want even more FASHION? Follow us on social media.