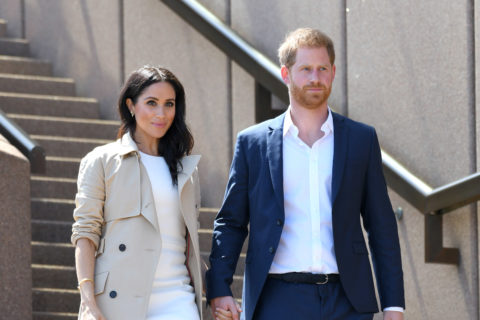 It has been confirmed that the pair delivered 14 meals to people living with critical illnesses this week.

Even though Prince Harry and Meghan Markle have only recently relocated to Los Angeles, the pair is making sure to contribute to their new community in meaningful ways. Case in point: it has been confirmed that the pair volunteered to deliver meals this week with Project Angel Food, a West Hollywood-based non-profit that delivers food to people living with critical illnesses.

Since the COVID-19 pandemic began, the organization’s daily meals have increased from 1,600 to 2,000. Richard Ayoub, the executive director of the organization, told press that Meghan and Harry “heard our drivers were overloaded and wanted to lighten the drivers’ load.”

He stressed that they observed proper social distancing protocols and wore masks and gloves the whole time.

“I am blown away that they chose us,” Ayoub told ET Canada. According to Ayoub, Meghan knew the charity from her previous time in LA and it was her mother Doria Ragland who told her that they needed help at this time.

Speaking with People he also praised the way the pair (who recently revealed details of their new organization, Archewell) interacted with everyone they came into contact with. “They were extremely down to earth and genuinely interested in every single person they met. They engaged with our chefs, they engaged with clients – they just wanted to make sure that people felt the love and appreciation. Their goal was really to just honour our chefs and staff and volunteers by being of service.” He continued, “What Meghan said is she wanted to show Harry Los Angeles through the eyes of philanthropy. It’s just beautiful. There’s obviously a great deal of love and selflessness between them. They are both individuals who want to know about others. Our clients are clients who are often forgotten. They really wanted to go visit these people. They wanted to see them and talk to them and hopefully put a smile on their faces.”

He also added that Wednesday marked the second time the pair had volunteered with the organization, having previously delivered meals on Easter Sunday.

Upon shuttering their royal Instagram account earlier this month, the pair wrote that they “are focusing this new chapter to understand how we can best contribute” amidst the ongoing COVID-19 pandemic. And it seems they’ve found a way to do just that.