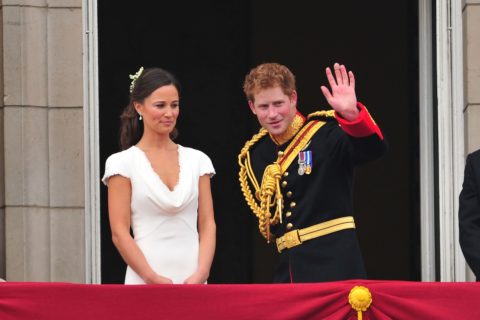 Do You Believe in Pippa Middleton’s ‘No Ring, No Bring’ Policy?

In case you haven’t heard, Pippa Middleton is apparently enforcing a ‘no ring, no bring’ policy at her wedding to hedge fund manager James Matthews in May…and it’s causing quite the stir in the media.

Hold on, back it up. What is the ‘no ring, no bring’ code for anyway? To bring you up to speed, if you and your plus-one are not married or engaged, you cannot bring them. Womp, womp.

While this rule isn’t unheard of (however the phrase certainly raises eyebrows), married couples-to-be often implement this tactic to curate the guest list, whether it’s because they want to keep the ceremony intimate or they flat-out need to cut down on costs. However, it does bring up an interesting point because it basically quantifies the relationship. Where do common-law couples fit in? What if you don’t believe in marriage? If you’ve been together for over 10 years and decide to not get married, does that not mean you’re not worthy to be a plus one?

With the very convenient fact that Prince Harry and Meghan Markle allegedly stole the bride’s thunder at his “wingman” Tom “Skippy” Inskip and Lara Hughes-Young’s wedding in Jamaica (you know, being their first public appearance and all), rumours of Kate Middleton’s younger sister not wanting the same thing happen to her on her special day are swirling around. It’s kind of difficult to wrap our head around the idea that Pippa would invoke such a rule, seeing that it’s probably going to be one of England’s most social events of the season. Sure, we understand where she’s coming from, but even if the Suits actress didn’t attend the wedding, we’re pretty sure her older sister and brother-in-law won’t be laying low and will be getting plenty of attention on their own. Hey, they are the royals after all. Also, need us to remind you that Pippa (and her derriere) stole Kate’s thunder at the royal wedding of the century when it launched a thousand tweets and memes? Let’s just say we’re going to give Catherine’s sister the benefit of the doubt and insist that this ‘no ring, no bring’ policy is just an irrational rumour. Because to be honest, it doesn’t shine such a great light on the bride-to-be and makes her look quite petty.

If Markle does end up attending the wedding, we’re sure she’ll be on her best behaviour, like any wedding guest should be. However, if she (or you) ever need a refresher on basic wedding guest etiquette, here’s a guide to the 12 dos and don’ts you need to know.

Photography by James Devaney/FilmMagic
Get the best of FASHION in your inbox Thanks for signing up!
The latest fashion, beauty and celeb news delivered right to your email #FASHIONforall Now, check your inbox to complete your subscription
We won’t ever use your email address for anything else
Want even more FASHION? Follow us on social media.