Why Weren’t There More Curvy Models at Paris Fashion Week?

And other rants from nine days in the City of Light.

Fashion Month has come and gone. And, not with much of a bang. Last year when I covered Milan, all anyone could talk about were the Supermodels at Versace, but this month, and Paris in particular things felt more: Keep calm and carry-on.

Next round, we’ll get Hedi Slimane’s debut at Celine, Richardo Tisci at Burberry and no Alexander Wang at New York Fashion Week (Wang will show in New York in June and December to align with the pre-collection schedule), so the landscape will shift ever so slightly. That doesn’t mean Fashion Month was particularly dry or boring, it just felt transitional.

Diversity is a topic we’ve been hearing about a lot and last year, Alexander McQueen blew many a mind by including plus models on the runway. Betsy Teske was back again but apart from H&M Studio, which is obviously a mass brand, the models appeared skinny and typically awkward. There were models of colour (though not many were South Asian or Asian), and it was great to see diversity in skin tones. At the end of Thom Browne, a model holding the reins of four models dressed in dog costumes (stay with me here) emerged from behind a closed door. She then walked the dogs around the runway and at the end of their walk, her cloak was removed to reveal a dark skinned black woman in a two-piece pants suit. It might have been heavy-handed to say “She’s the one wearing the pants,” but I welcomed the inclusion. But the lack of size diversity which lead to protests in London, was the norm here. The models looked sample size as ever with some barely filling the clothes on her body. Why has size diversity stalled? 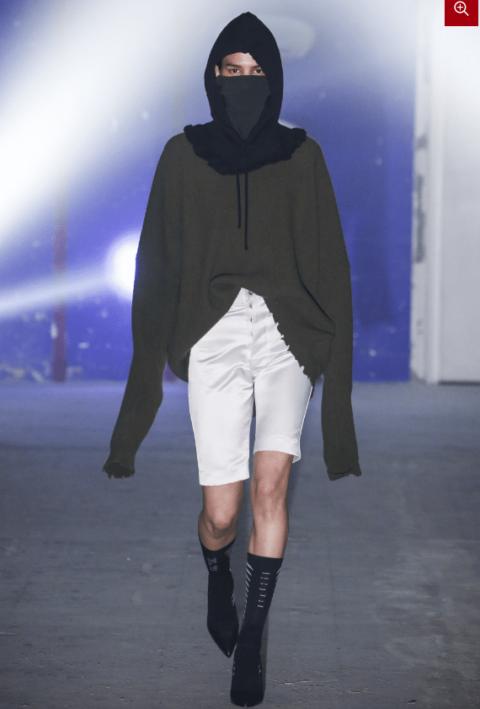 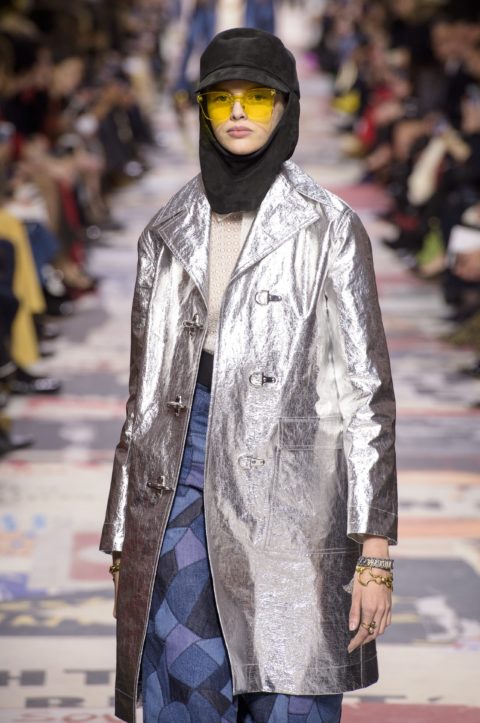 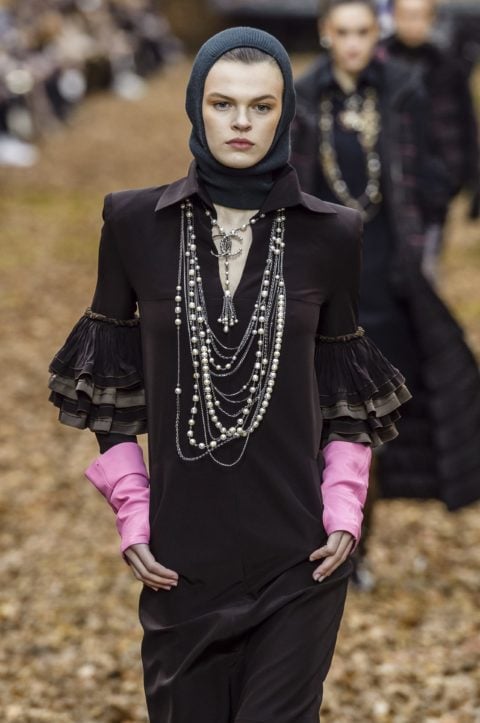 The Kardashians helped put Ben Traverniti of the Unravel project on the map which struck me as funny. I think of that family as being about exposure, yet at Unravel I was reminded of how many designers incorporated concealment, head scarves, face coverings and even simple hoodies into their shows. It can’t just be a nod to the lucrative Middle Eastern market, and it can’t just be a luxe attempt at streetwear? Unravel’s look brought back memories of the Pussy Riot balaclava. This form of concealment felt more rebellious, an audacious as if women can demand to not be looked at. Don’t call her pretty because she is more than that.

As a relative newcomer to fashion week, I want to say fashion week is relevant. I want to go back and experience those experiences. But outside, the shows feel like a circus and inside it feels very hard to enjoy precisely what is happening. But I’m not sure covering fashion week was ever ‘easy’. Remember this is a bit of rant on my part.

Last Fashion Month was all about Kaia Gerber’s debut and supermodel appearances but this season things were fairly quiet on the model front. The It girls were nowhere to be seen. Bella and Gigi were both in Paris but I only saw Bella once when she opened Off-White. Gigi appeared at Isabel Marant. Kendall Jenner didn’t make it across the pond, preferring to make a “why is she here” appearance at the Oscars. And at Chanel, Gerber, star for the brand’s handbag collection, did not “open” or “close” the show. There is a fascinating egalitarianism to this. All girls are beautiful, all girls are famous in their own way, and TBH, I really enjoyed riding the subway with models I’d seen minutes earlier on the runway.

I also crashed an influencer party on my first night in Paris. Well, I was invited but as an editor of words that appear in old skool magazines I don’t often cross paths with these media trailblazers. I’ve been to intimate invite only dinners for fashion editors before, yet this one felt different. The setting for our meal was beyond lovely: A family style meal paired with French wines in the shadow of an old theatre, the light from the marquee shining in on us so beautifully that my friend observed how this felt like being at Disneyworld in one of its faux village. But this was real and perfect. I don’t know if it was perfect because it was my first night in Paris, or because of the people there with combined Instagram followings of (modestly) more than 800,000K. The next night I went to another dinner, but this time, I sat with editors. Two were cold, unfriendly and complained about the timing of the meal and shortage of drinks before excusing themselves early. I wonder if my highly unscientific experience says something about the digital divide and the digital success.

And finally, I was shook when models at Giambattista Valli appeared on the runway in floor-length gowns and flats. The no and low-heel shoe appeared consistently, with models often walking on shaky ground. Literally. At the gorgeous early evening outdoor Hermes show, models wore chunky rubber heels on a gravel runway. Similarly, at Chanel, there were low-heeled cowboy boots traipsing through an autumnal forest. At Carven, models looked ready to embark on a class trip to the Italian Alps, while at Chloe, Natasha Ramsay Levi is shaping up to be a serious accessories force with more rough and tumble booties. Walk this way! 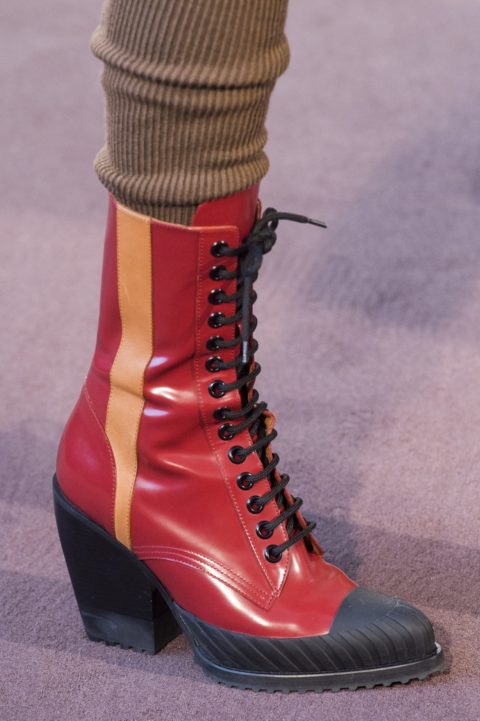 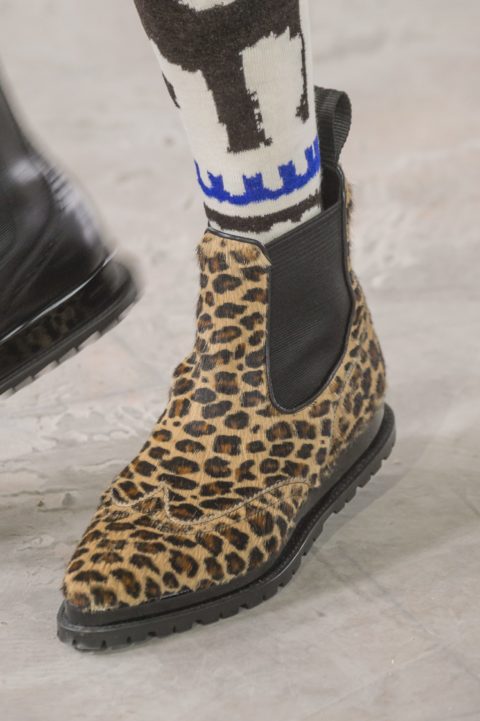 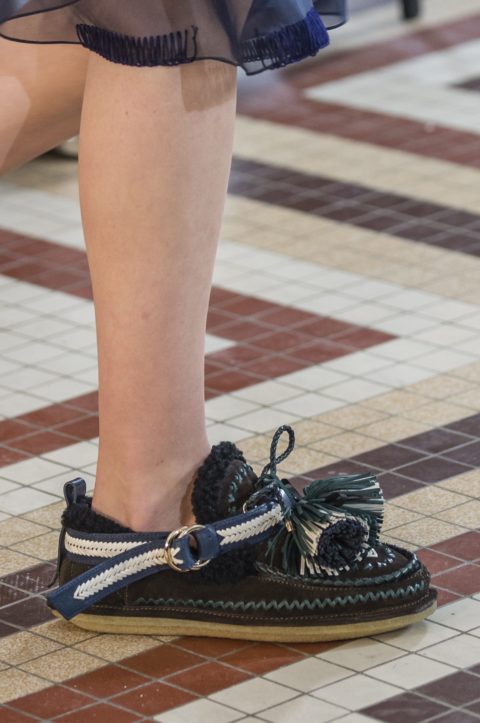 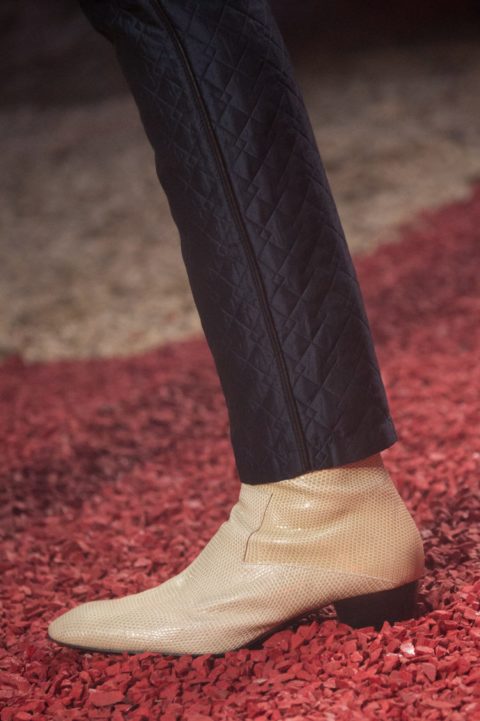