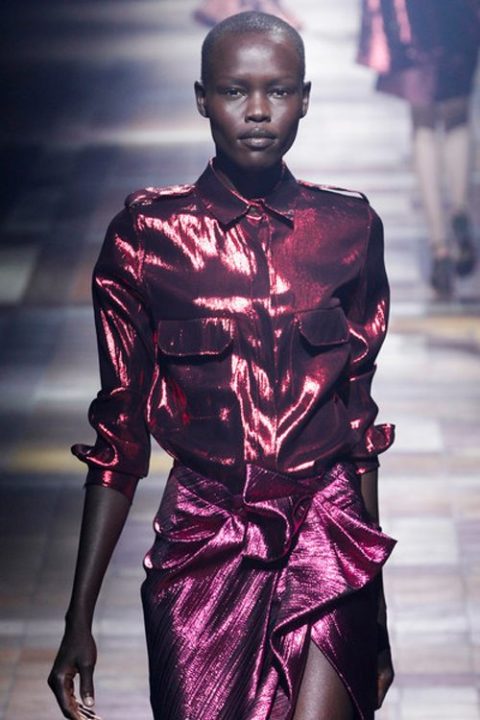 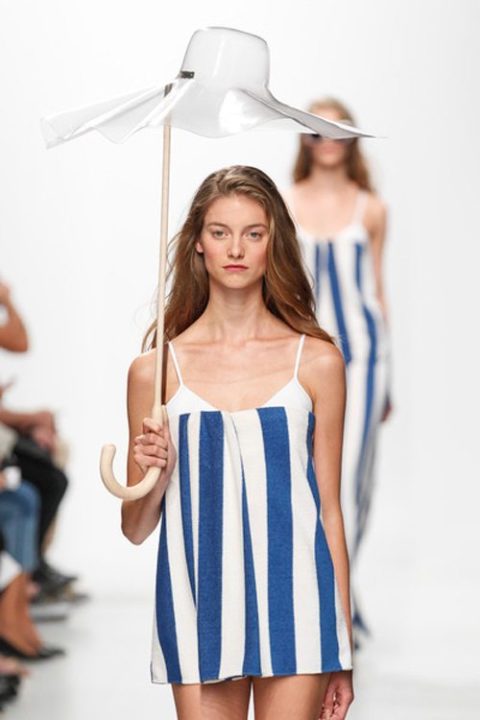 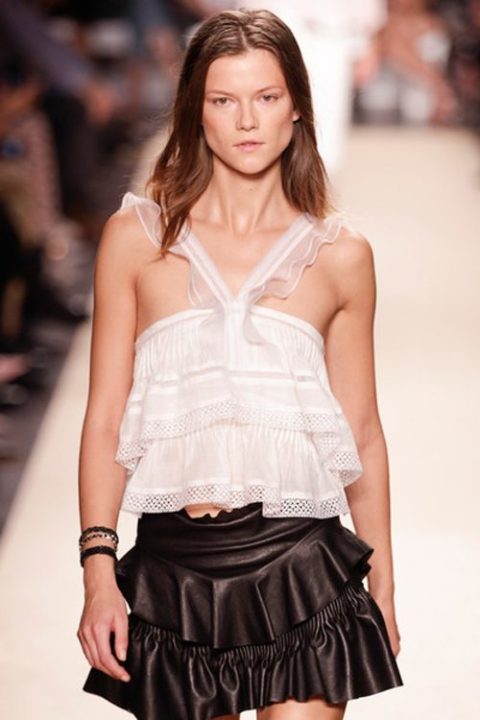 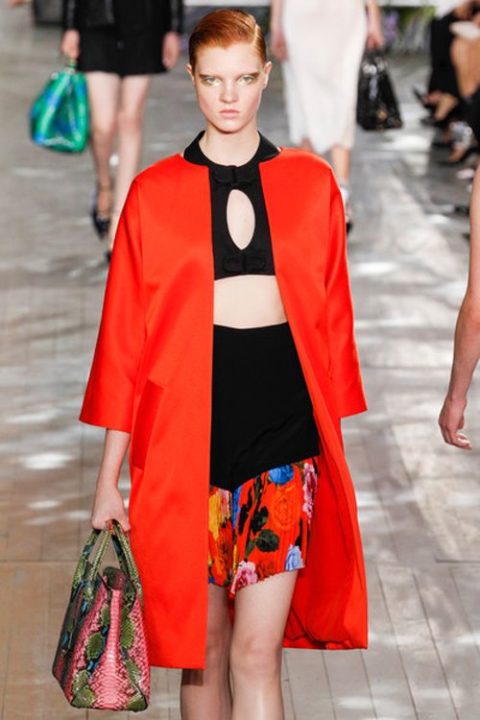 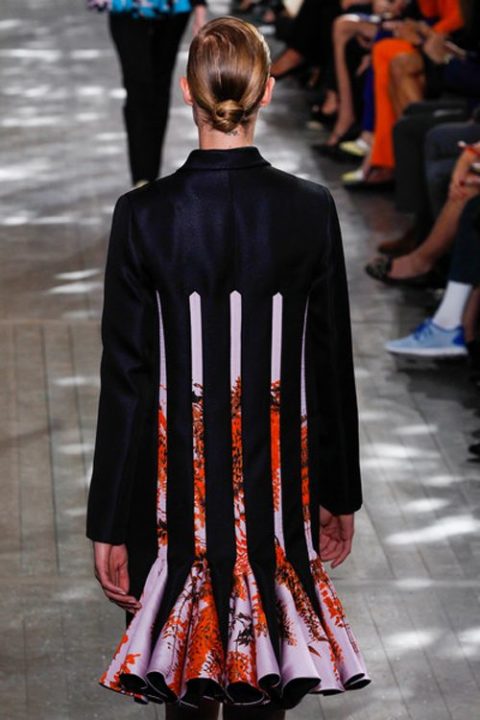 Without actually going into the showroom and touching the fabrics it’s hard to know what you are looking at sometimes here at Paris Fashion Week Spring 2014.

Some of the shiny fabrics that designer Alber Elbaz showed for Lanvin on Thursday night looked crispy and light, like a glittery silk but that’s just hoping. I had the same issue at Hussein Chalayan with velourish-looking towel dresses, and molded gowns that were fuzzy at the bodice but melded into a smooth surface everywhere else.

On the other hand, Isabel Marant’s materials were a no-brainer. There were miles of ruffled cotton for peasant tops and zippered jackets with flouncy shoulders; frayed cotton denims with raised diamond patterns, and lace mini-dresses and bra tops. Where Marant’s collection had a natural, earthy realness almost everything Elbaz did shimmered and gleamed in the most unnatural way. Paris is in the throws of a passionate love affair with reflective fabrics.

One of my favourite Paris Fashion Week pastimes is watching the Showstudio live panel discussions. What stood out during the one on Dior was how the participants kept comparing Raf Simons’ Dior to John Galliano’s Dior. Interesting that Monsieur Christian Dior was barely mentioned

I think what the panelists were getting at was that while both designers use Dior history as a starting point, each has had a solidly different tack. Galliano himself has described his approach as creating a character and telling a story. But Simons’ clothes feel like they are more about how they work their way around the body. For starters, have a look at today’s opening outfits for spring 2014: the black crisscross jacket over short shorts with skirt-like pleated “legs”. Then the shorts disappear and the pleats become askew. By look 7 the waist accent is now happening in a white shirtdress with an egg-shaped cutout that reveals an underlayer of black satin. Then all these little design themes start happening together: the pleats have cutouts on one hip, racer backs are pulled to one side. Then words like “Hyperrealness” start appearing on floral skirts.

Where were the Dior codes? In houndstooth emblems on a soft blue jacket. In the bubble dress slashed into car wash strips. And in the bar jacket, with a back of floral flounces. The whole lot was paraded under hanging flowers and vines, with wisteria-like beaded necklaces that didn’t quite make it all the way around the neck. You can’t say one man’s Dior is better than another. But this one’s Dior sure is interesting.

Photography by Peter Stigter
Get the best of FASHION in your inbox Thanks for signing up!
You’ll get the latest fashion, beauty and celeb news delivered right to your email Now, check your inbox to complete your subscription
We won’t ever use your email address for anything else
Want even more FASHION? Follow us on social media.