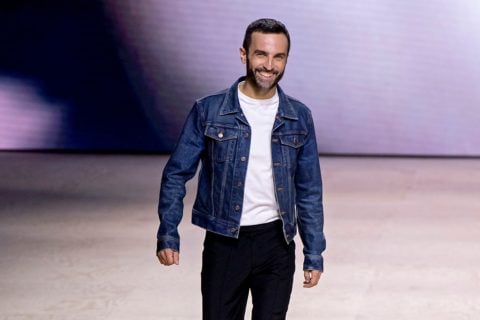 The designer didn't hold back.

At the event, Arnault was quick to distance himself from Trump’s politics, telling the New York Times, “I am not here to judge his types of policies. I have no political role. I am a business person. I try to tell him what I think for the success of the economy of the country, and the success of what we are doing.”

That wasn’t enough to appease the brand’s womenswear designer however with Nicolas Ghesquière taking to Instagram to share his feelings about the American leader.

Accompanied by an image of the cover of the 1984 Evelyn Thomas song High Energy, Ghesquière wrote, “Standing against any political action. I am a fashion designer refusing this association #trumpisajoke #homophobia.”

Last week, Vuitton was named as the most valuable global fashion brand for 2019 by marketing consultancy Interbrand. It beat out Hermès and Chanel to come in number 17th on the list overall.