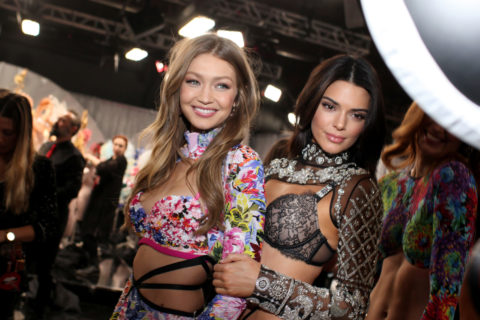 Revealed: The Most Followed Models on Social Media in 2019

We all know social media and models go hand-in-hand but there can only truly be one queen. And this year’s reigning monarch? Why Kendall Jenner, of course.

The eldest Jenner sister has just been named by Models.com as the most followed model on social media for the third year running. With more than 159 million followers across Instagram, Facebook and Twitter, Jenner had a clear lead to take home the title. Regularly posting images of her various modelling campaigns and endorsements, it is reported that Jenner rakes in $611,000 per post on Instagram alone. Her estimated net worth is a whopping $30 million as of 2018 and she made $22 million in the same year, making her the year’s highest paid model.

Coming in second on the list was Kendall’s pal Gigi Hadid (for the second year running) with over 62 million followers. Cara Delevingne is in third with 59 million, Chrissy Teigen in fourth with 37 million and Emily Ratajkowski rounded out the top five on 31 million followers.

Interestingly, the list reflected a mix of new and more established supermodels with Tyra Banks, Gisele Bündchen and Miranda Kerr also appearing on the list in sixth, eighth and ninth place respectively. Hailey Bieber came in 10th. The model has had a headline-filled year after her marriage to Justin Bieber. Plus, she appeared in campaigns for Miu Miu and Charles & Keith and trademarked ‘Bieber Beauty’ suggesting that a beauty range may be on the way.

The women on the list have worked for some of the world’s top brands across fashion, beauty and lifestyle including Victoria’s Secret, Michael Kors, L’Oréal, Chanel, Burberry, Off-White and beyond.

See the top 10 most followed models for 2019 (and their insane follower counts) below: