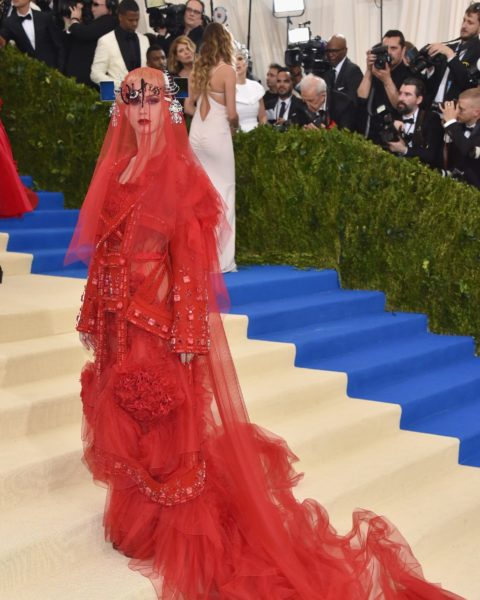 Confirmed! The 2018 Met Gala Theme is ‘Heavenly Bodies: Fashion and the Catholic Imagination’

Get ready to see a ton of crosses and biblical iconography because the 2018 Met Gala theme is “Heavenly Bodies: Fashion and the Catholic Imagination.”

After months of speculation over the religious theme, Vogue finally confirmed the news Wednesday, stating this year’s exhibition will “highlight the enduring influence of religion and liturgical vestments on fashion.” The central piece is said to be papal garb on loan from the Sistine Chapel, which Vogue says has never been seen outside the Vatican. The other 150 ensembles on display will be designer garments inspired by Catholic iconography or style.

Unlike previous years, “Heavenly Bodies” will be presented in three locations: the Anna Wintour Costume Center, the medieval galleries at the Met’s Fifth Avenue location and at the Cloisters. According to the New York Times, it’ll be the institutes largest (and possibly most provocative) show to date.

To add to the excitement, the gala itself will be co-hosted by Rihanna (!!!), Amal Clooney (!!!) and Donatella Versace, whose label is co-sponsoring the show.

The Met Gala, a.k.a. one of the most important events of the year in the fashion calendar, is no stranger to controversy or appropriation (remember the disasters that came out of 2015’s China: Through The Looking Glass?), but this theme could prove to be the event’s most contentious, given the backlash surrounding anyone sporting religious imagery (read: Madonna’s “Like a Prayer” video, Lady Gaga’s “Judas” video and even Kim Kardashian’s “Virgin Mary” ensemble).

“We know it could be controversial for right wing or conservative Catholics and for liberal Catholics,” curator Andrew Bolton told the Times, adding he has consulted with representatives from different Catholic groups to ensure garments on display aren’t too controversial (he has not, however, been in touch with the pope, nor does he know if the pope approves of the exhibition). “But the focus is on a shared hypothesis about what we call the Catholic imagination and the way it has engaged artists and designers and shaped their approach to creativity, as opposed to any kind of theology or sociology. Beauty has often been a bridge between believers and unbelievers.”

It will most definitely be interesting to see how fashion’s A-listers will interpret the theme.

Let us pray it will be an evening of inspired fashion?