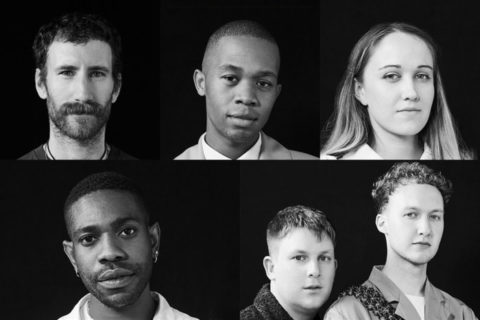 The '90s magazine that launched Kate Moss's career is being revived, Uniqlo announces a new collaboration with Alexander Wang and more.

The Finalists for the LVMH Prize Have Been Announced

The future of fashion has arrived. On Wednesday, eight finalists for the most prestigious design competition in the fashion industry, the LVMH Prize, were announced. This year’s finalists were chosen out of an applicant pool of 1,700; the most applications ever received in a single year to date. The list is as follows: Anrealage, Bethany Williams, Bode, Hed Mayner, Kenneth Ize, Phipps, Stefan Cooke and Thebe Magugu. Of the eight designers, a total of four design gender-neutral clothing. The lucky winner will receive a hefty cash prize as well as a year’s worth of mentorship from established designers. Past LVMH prize winners include Proenza Schouler, Marine Serre, and Jacquemus. (The Cut)

Glossier Poaches an ELLE Editor to Head Up Brand Content

Leah Chernikoff, a digital director at ELLE since 2013, is leaving the magazine biz in favour of Cloud Paint and Boy Brow. The Hearst employee has been hired for the position of Head of Content at beloved ‘no-makeup makup’ millennial beauty brand Glossier. In Silicon Valley parlance, Glossier is considered a ‘unicorn’ start-up, the name for a privately-held company with a valuation of over $1 billion. In an interview with Business of Fashion, Chernikoff characterized the move as a “natural next step,” and confirmed she will take over content for both Glossier and Into the Gloss, though she did not share any details on what the content strategy would involve. Great news for Chernikoff, less great news for the magazine business as a whole. (Business of Fashion)

Nobody knew who Kate Moss was until the toothy-grinned 16-year-old appeared on the cover of The Face in 1990. The edgy British publication was known for bringing youth counterculture to the masses and developed a cult following amongst in-the-know youths around the world. While the magazine folded in 2004, news came this week that Jerry Perkins, the chief executive of media company Wasted Talent, had acquired the title. “I’ve been trying to buy The Facefor the last 15 years,” he told the New York Times. Considering magazines are no longer the bastions of cultural discovery they once were, it’s hard to say whether the new Face will have as strong an impact as its predecessor, however we’re looking forward to seeing what the future holds. The Face’s new website will launch in mid-April and the first print issue will arrive later in the summer. (New York Times)

A post shared by AnnaDelveyCourtLooks (@annadelveycourtlooks) on Mar 27, 2019 at 2:03pm PDT

Anna Delvey, the “SoHo Grifter”who left a trail of unpaid hotel bills in downtown Manhattan, made her first appearance in court this week wearing a plunging black Miu Miu dress paired with a thin black choker and sexy librarian glasses. The effect was far chic-er than the schlumpy-yet-expensive outfits she was known for during her time as New York’s most compelling grifter. As it turns out, Delvey, whose real name is Anna Sorokin, has retained the services of celebrity stylist Anastasia Walker, whose other clients include Courtney Love, T-Pain and G-Eazy. Walker was hired by Delvey’s lawyer, Todd Spodek, who confirmed to GQ in an e-mail, “It is imperative that Anna dress appropriately for the trial. Anna’s style was a driving force in her business, and life, and it is a part of who she is. I want the jury to see that side of her and enlisted a stylist to assist in slecting [sic] the appropriate outfits for trial.” Paying money to be professionally dressed seems like an insane thing for someone who is charged with swindling banks for over $275,000 to do, but then again, it’s such a crazy move that it might just work. (GQ)

Alexander Wang’s line of HeatTech garments for Uniqlo was so well-received that the retailer has decided to continue the partnership. The new collaboration arrives in-stores and online April 11thand consists of sleek underwear constructed with Uniqlo’s signature AIRism fabric, which is meant to provide comfort and support during active workouts. “Working with UNIQLO on the second season of the collaboration, it felt like there was a mutual understanding of not only aesthetics but of each other’s work ethic. It was easier coming together this time around to accomplish a similar goal from various touch-points. Innovation has always been at the forefront of our design and creative process, and functionality serves a huge purpose in the way I and our customers dress. Therefore, through the influence of innovation, technology and functionality, the special AIRism collection was born,” Wang said in a press statement. (Press Release)