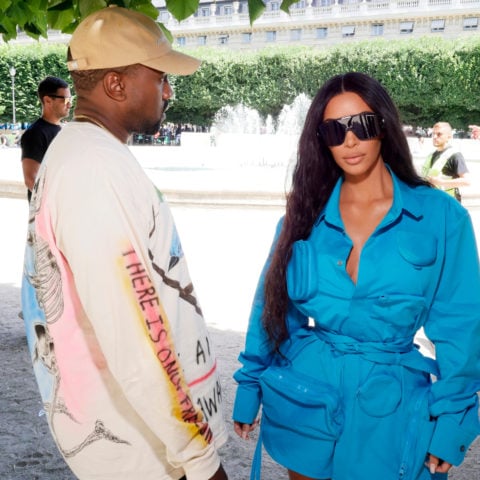 How Workwear Jackets Became a Symbol of the Petite Bourgeoisie

"Despite its ubiquity, the workwear trend isn’t dismantling any economic barriers."

Before I start a shift at my retail job, I have to put on a company-issued navy-blue “shacket.” Like the portmanteau suggests, my uniform is a combination of a “shirt” and a “jacket.” But despite the linguistic front, it isn’t a new garment; it’s a rebranded version of the French workman jacket (the same sheath worn by Bill Cunningham, a self-identified slob, and French street cleaners before him). It’s blue-collar garb for a pink-collar job. Whenever I punch in, I catch sight of the detailed dress code taped above the time clock: a list of 18 rules (one of which is a reminder to smile) that are supposed to assimilate me into the role. The code is a how-to on servility, and my uniform is the symbol of my complaisance. Its function is to make it easier for customers to find me, but the recent utility trend has foiled the plan.

Currently, workwear is found on construction sites and in clubs, department-store windows and gated communities. Cunningham used to pick up his indigo work jackets at the Bazar de l’Hôtel de Ville for $20 each. Today, designer ones from Margiela, Vetements, Off-White and Jacquemus can cost more than $1,000, while the French workwear brand Vetra sells them for $235.

What was once an emblem of conformism and labour is now coveted by the creative class for its—what else?—utility.

Since its inception in the 19th century, the work jacket has been deemed the ideal uniform for factory workers. It was cheap to mass-produce, it could withstand wear and tear and it laundered easily. More importantly, it distinguished the workers from the owners. But what was once an emblem of conformism and labour is now coveted by the creative class for its—what else?—utility.

Still, the gradual embrace of workwear feels off—shady enough that something biblical must be approaching. Whether it’s an incoming meteor or the threat of fair taxation, everyone looks like they’re gearing up for a fight or a nuclear war. Right now, you can’t turn around without spotting someone in Carhartt on the subway or luxury brands parading high-vis protective wear down the runways. Heron Preston, who notably turned a collaboration with the New York Department of Sanitation into a workwear revolution, teamed up with NASA to produce luxury outerwear, like $2,155 reflective jackets and sweatpants covered in NASA insignia. Meanwhile, Virgil Abloh’s first collection for Louis Vuitton featured multi-pocketed vests and boiler suits, layered work bibs and thick pouches bulging out of models’ arms. Rihanna was snapped in the front row wearing a crisp white boiler suit draped in fanny packs. Funnily enough, Kim Kardashian chose the Vuitton show to celebrate her first trip back to Paris since her robbery. She wore an Abloh-ified bright-blue work jacket with 3-D pockets, cinched at the waist, and paired it with black spandex cycling shorts.

Despite its ubiquity, the workwear trend isn’t dismantling any economic barriers.

Despite its ubiquity, the workwear trend isn’t dismantling any economic barriers. If anything, it comes at a time when these barriers couldn’t be any more impermeable. Throughout history, dress codes have always been enforced and broken by the ruling classes. Just when the appeal of dress codes wavered during the Enlightenment, France instituted civilian uniforms for those who couldn’t afford to keep up with trends. Monarchs wore ornate mil­itary uniforms that displayed their power, service, wealth and masculinity in tiny embroidered and expensive details. As Monica Kurzel-Runtscheiner explains in the essay “The Magic of the Uniform,” while the uniform was “ori­ginally designed to curtail fashionable luxury,” it ultimately became “an inspiration for luxurious fashion.” Every social upheaval is paired with a clothing reform, but unlike the
1 per cent, commoners don’t get to make their own sartor­ial choices. This push toward utility is no different.

The barriers to access are piling up. Since November, French protesters have taken to the streets in bright-yellow work vests to protest the Establishment led by Emmanuel Macron, who bears the nickname “President of the Rich.” In these cases, workwear increases the visibility of those often ignored and left behind in austerity programs.

The mentality a uniform once imposed—one of passivity and conformity—has been upturned by revolt. And while the movement isn’t storming Versailles, it does want heads to roll. By vandalizing monuments and commandeering public infrastructure, the overburdened social classes—or thugs taking advantage of the movement—are now voicing their concerns.

The current embrace of utility, especially in high fashion and affluent circles, is not a gesture of solidarity or even an effort to blend in with the working class; it’s a flagrant display of the freedom that so few people have today. As the economic gap between the working class and the wealthy widens, the embrace of utility is not only tin-eared but also a slap in the face as it blue-pencils the strenuousness and thanklessness of blue-collar jobs.

What we wear can reinforce power imbalances or subvert them. But luxury workwear, like the people who wear it, is cut from a different cloth. It’s not made to withstand the same pressures, lifestyles and elements as those who have to actually wear it; the utility itself is lost.