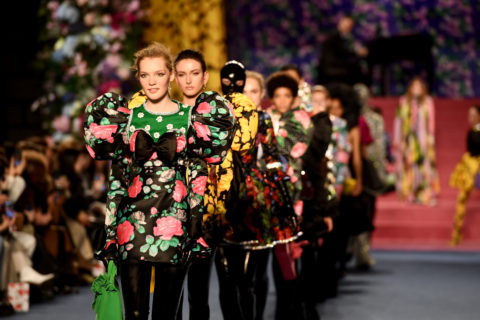 London Fashion Week to Go Ahead With Physical Shows in September

The announcement follows in the footsteps of Paris and Milan.

The British Fashion Council (BFC) has announced that London Fashion Week will go ahead with physical shows in September. The official dates for the gender-neutral showcase have been announced as Thursday September 17 to Tuesday September 22.

Taking to Instagram to share the news, the BFC outlined that social distancing measures will be in effect for the physical shows, and that there will also be a digital component. “The event will include both digital activations on londonfashionweek.co.uk and physical, under government social distancing guidelines. A provisional schedule will be announced later this summer.” The digital platform – which was introduced in June for the Spring 2021 men’s shows – “will continue to host exclusive multimedia content and will be available to both a consumer and trade audience, enabling collaboration and bringing together fashion, culture and technology.”

Burberry announced in late June that it is to hold a physical runway show in September in London, however it will have no audience. Speaking of the decision, designer Riccardo Tisci said, “You know, there is nothing like the experience of being at a fashion show – the energy in the room, the anticipation, excitement, it is something beautiful that I would not want to see lost. But we must recognize that the world is changing, and we must adapt and redefine our landscape through new forms of expression. Ultimately, to me, it will always be important to keep a physicality to fashion, to be able to see and understand the texture and movements of clothes, but in new ways.”

The announcement also follows similar news out of Milan and Paris with both cities having previously announced a mix of physical and digital shows for September. Stay tuned for more information.