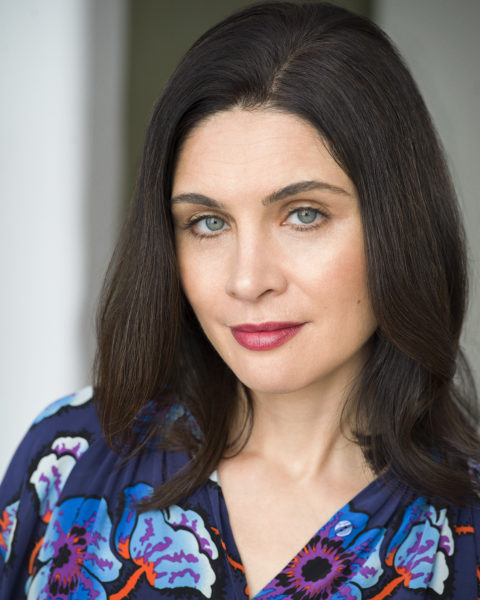 The author of How Could She, which comes out today, itemizes her favourite things to eat, buy, binge-watch, and more.

How Could She, the debut novel by contributing editor to Vogue (and FASHION contributor!) Lauren Mechling is both delightful and somewhat disturbing. It’s a breezy, fast-paced read about three women navigating the awkwardness of mid-thirties friendship but undercurrents of darkness, jealousy and torpor preclude it from the ‘beach read’ category.  I read it in an entire afternoon and felt embarrassed, as if Mechling had found some invisible porthole into my soul and scraped out all the dark black gunk and laid it bare. We asked Mechling, who began her career right here in Canada, about her favourite things.

The book (or magazine/website/podcast) you can’t stop thinking about?

I have pressed so many copies of Zoe Heller’s What Was She Thinking: Notes on a Scandal into people’s hands that I really should start collecting royalties. Heller’s novel is about a twisted relationship between two London women who have no business being friends but who need each other. It’s funny, intense, and well under 300 pages. Perfection.

The show you can’t stop bingeing?

“Younger.” I have no self-control where that show is concerned.

The song that gets stuck in your head all the time?

I can play “Girls” by Charli XCX in my head note for note. I’ve also been listening to Tracy Chapman again, for the first time since the 80s. I can’t stop humming “Talkin’ ‘bout a Revolution.” She was so ahead of her time!

I’m very appreciative of Instagram accounts dedicated to highly specific and unattractive subjects (and I’m not just saying this because I run one devoted to clogs). (Editor’s Note: @thecloglife is one of the best accounts on Instagram, bar none.) Two of the best out there are @peoplestanding, which chronicles the strange positions that humans assume when they’re standing around and think nobody’s looking, and @toilets_a_go_go, about public restrooms in Tokyo.

What is the last thing you bought?

A very fancy mineral sunscreen, from La Roche-Posay. It’s so fancy that you’re only supposed to use it on your face.

What can’t you get enough of right now?

Kerrygold Irish salted butter. I don’t eat it straight, but considering my butter to cracker ratio, I might as well.

What’s the one thing you’re currently recommending to all your friends?

The magazine Bookforum. I love books, so I’m biased, but the writers Rachel Syme, Lauren Oyler, and Kaitlin Phillips are all regulars. It’s an embarrassment of bitches (I mean that with the greatest admiration).

What’s the one brand staple you always rely on?

What’s a left-field pop culture recommendation from a friend or critic you unexpectedly fell for?

My visual arts knowledge is less than stellar, so I rely on my friends to tell me whose work to check out. Three names come to mind: the Irish painter Sean Scully, whose big stripey paintings I learned about from a woman I met at a party; the textile artist Sheila Hicks, thanks to a former colleague’s Instagram raves; and Greg Smith, a physics teacher by day and wild installation artist by the rest of the time. I heard about his work from his wife, Chloe, who is a friend. His latest exhibition “Garage Politburo” is an “imagined bureaucracy” that uses Margaret Thatcher mugs, junky computer parts, and tangled strings to hilarious and mind-blowing effect.

Anything you’re super late on the bandwagon for but are now obsessed with?

Those Veja sneakers that all the Brooklyn moms have been wearing for the past little while. At first I thought they were a little too Goop-y for me but I’ve come around. I want a pair—in Kelly green, to be specific.

I wear perfume every day, even the ones I don’t leave the apartment, so I’m not sure if it counts as an extravagance or a basic need, up there with water and air. Le Labo’s The Noir is my current fave.