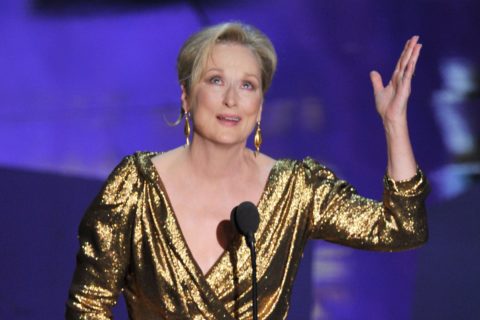 Karl Lagerfeld is no stranger to controversy. The Chanel creative director has a long history of throwing shade at the famous people we love most—from Adele to Princess Diana.

That said, I don’t think anyone was expecting Lagerfeld to take on Meryl Streep, Hollywood’s celestial mother and most celebrated actress.

Lagerfeld told Women’s Wear Daily that Streep backed out of wearing a custom Chanel couture gown to the Oscars on Sunday, and instead will wear a brand that is paying her.

“A genius actress, but cheapness also, no?” Lagerfeld said to WWD.

Karl explained that Chanel refuses to pay anyone to wear their garments—even those considered the “world’s best” at their craft. There is, of course, still a huge expense in dressing the famous for free.

It’s not completely uncommon for A-List actresses to earn a paycheck on the red carpet. According to celebrity stylist Jessica Paster, stars can earn up to $250,000 just to wear a dress.

“It’s not like they’re trafficking drugs,” said Fashion Police panelist Brad Goreski. “They’re wearing a dress. So what? If somebody offered me $150,000 to show up in a beautiful dress by ‘x’ designer, I’d be like, where do I sign?”

A Streep representative reached out to The Hollywood Reporter to claim, “the statement is absolutely false, and that it is against her personal ethics to be paid to wear a gown on the red carpet.”

We’re sure Karl will have something more to say. Stay tuned.