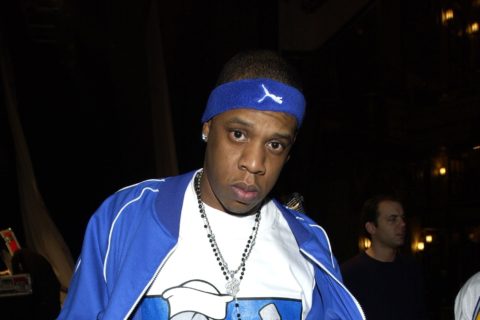 Puma has been flying high on the success of their collaboration with Rihanna since 2016, and now they’ve recruited another cultural giant to lend their profile to the brand: Jay-Z. WWD reports that Jay-Z has signed onto the brand as creative director of basketball operations and “will work on player signings, product design and marketing strategy.” The brand recently relaunched their basketball division, and Jay-Z’s responsibilities will include influencing which players Puma signs to endorse products, and overseeing aesthetic elements of the brand. (WWD)

Jason Wu is Launching a Lingerie and Bodywear Line

Jason Wu, once a darling of the New York downtown design scene, is partnering with Real Underwear to launch a namesake line of lingerie and loungewear that will be available spring 2019. “Lingerie has been a huge inspiration for many years, so it feels natural for me to expand into the world of bodywear. I’m excited to combine the core DNA of Jason Wu with the quality and innovation of Real Underwear to create a beautifully considered collection,” the designer told WWD. The intimates line will include bras, bralettes, underwear, slips and bodysuits, and will retail from $30 to $150. (WWD)

”Chic! Relaxed! Modern!" Our latest limited-edition collection 'Bonjour Paris!' celebrates the best of French style, showcased by actors and muses @karidjatoure , @aliceisaaz and @marieangecasta . Go to #HMMagazine to discover their best style secrets, Paris top spots and most French things in their wardrobes!

H&M is combatting the perceived disposability of fast fashion by offering free clothing repairs on-site at their Paris flagship store. The service is part of the label’s new “take care” initiative that was tested earlier this year in Germany. Pernilla Wolfahrt, H&M’s design director labelled the eco-conscious move as, “something that young people expect us to do. Maybe they don’t want to have it in their face, but they expect us to do it, and we feel the responsibility to do it, there’s no way around it, we have to.” (WWD)

An inky gown designed by eminent Canadian designer Lucian Matis went on display at Royal Ascot this week. The dress, made out of spidery lace with splotchy black and gold brocade, is meant to serve as a social commentary on the effect of oil spills, and was designed in collaboration with artisans from Omba Arts Trust from Namibia. The dress, which uses fashion to both highlight society’s environmental failings and preserve ancient crafts, was initially on display as part of the Commonwealth Fashion Exchange exhibit at Buckingham Palace in February. In a statement, the Canadian fashion industry advocate Robin Kay said that the move is part of a continued effort to have Canadian designers recognized on a world stage. (Press release)