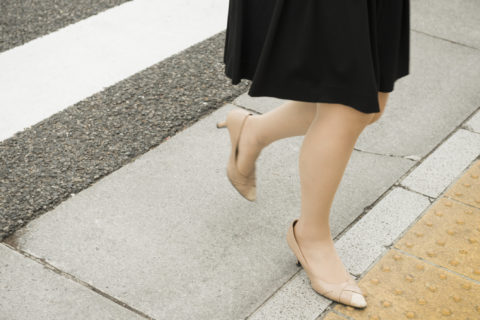 Japanese Women Are Fighting Gender Roles in the Workplace

Nearly 20,000 women across Japan have signed an online petition demanding that the government ban corporations from requiring female employees to wear high heels to work. The movement, which has gone viral with the hashtag #KuToo, was initiated by 32-year old freelance writer and actress Yumi Ishikawa. The story gained traction when Ishikawa tweeted about being forced to wear high heels for a part-time job at a funeral parlour. “Japan is thickheaded about gender discrimination,” she says, “it’s way behind other countries in this regard.”

As of right now, the health ministry is reviewing the petition and has made no further comments on the subject. (Reuters)

In May, David Yurman announced the opening of a new boutique in Montreal at Holt Renfrew Ogilvy. The 1,200-square-foot boutique’s doors are now open, and at almost double the size of the previous Montreal location, David Yurman products from the Men’s, Women’s and Wedding collections will all be featured. Carol Pennelli, President of David Yurman, explains that “the opening of our new boutique at Holt Renfrew Ogilvy provides an opportunity for us to feature our most innovative designs and to tell a rich brand story.” With the brand looking to increase its sustainability initiative with fixtures made up of 90% repurposed materials, the new space is intimate yet luxurious.

Love is all you need. #LoveInspires

The 2019 CFDA Fashion Awards were this past weekend, and Brandon Maxwell was amongst those who took home the biggest awards of the night. The Womenswear Designer of the Year winner expressed his shock and excitement on Instagram, “to say that I am surprised and humbled would be an understatement. There is a moment somewhere of me on camera holding on to the podium for at least 5-10 seconds because I was absolutely sure I was going to pass out right in front of all my heroes.” Icons such as the Duchess of Sussex Meghan Markle and Lady Michelle Obama have been seen wearing Maxwell’s designs on numerous occasions. The designer has also been known to work closely with Lady Gaga for appearances at the Oscars, Grammys and Met Gala (who could forget that 4 dress Met Gala extravaganza?). This is a well-deserved win for Maxwell who also won the CFDA Emerging Womenswear Designer of the Year Award in 2016. (WWD)

It all felt like a dream. I’m so honored and grateful and completely in shock to have been named Womenswear Designer of the Year at last night’s @cfda awards. To say that I am surprised and humbled would be an understatement. There is a moment somewhere of me on camera holding on to the podium for at least 5-10 seconds because I was absolutely sure I was going to pass out right in front of all my heroes, and I apologize to everyone in the room for the very very long pauses in between words while I was catching my breath. No designer does this job alone, and I have so many people to thank, and because I couldn’t at all grasp what was occurring in the moment, I know I forgot so many people and I’m so sorry for that. Let me say clearly and simply to all of you who have gone on this ride with me; I don’t deserve you and I thank god for you every day. This is a moment a person can only dream of, and I don’t know what I’ve done to deserve it, but I will spend the rest of my life trying to honor the love and kindness you have shown me. My incredible team, my friends and family, the women who have purchased and worn our clothes and the women who bring them to life on the runway, the retailers, editors, and stylists, I thank you truly from the bottom of my heart. I am so proud to be in this industry, where our primary goal is to create work that helps to make others feel good about themselves and inspired, and just being invited to sit in the room with all of my peers who do that every day was the real win for me. All I really ever wanted in my life was to create something worthy of being remembered and to make my family proud. I know I have a very long way to go before I’ve truly done that, but this a very kind reminder to just keep going no matter how hard it gets, and I’m eternally indebted to all of those that helped to make it happen. ❤️

We’re seeing orange in Virgil Abloh’s latest capsule collection for Louis Vuitton. This brightly infused collection includes pieces such as chained belts, soft box bags, low top sneakers and chunky sunglasses. From June 8th to July 7th you too can shop the exclusive collection at it’s pop-up in the Museum of Contemporary Art Chicago. This exclusive 6-piece collection is running alongside Abloh’s exhibit, “Figures of Speech”, which opens at the museum on June 10th. For Abloh, this is an exciting moment as his past visits to the Louis Vuitton flagship store in Chicago influenced his love, and eventual entry, into the fashion industry. (WWD)

@louisvuitton limited capsule collection related to my exhibition the Museum of Contemporary Art Chicago titled “Figures of Speech” @mcachicago. items designed specially for this exhibition available exclusively at the location and date listed.