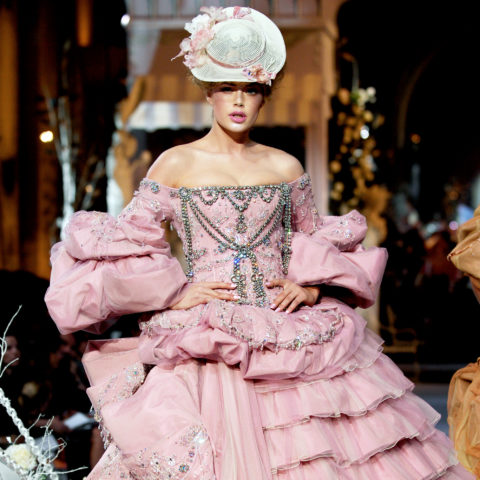 A look back at the Gilded Age in fashion history, and what to expect on the steps of the Met.

When the Met Gala makes its return to 5th Avenue the first Monday in May, expect a great deal of glitz and turn-of-the-century glamour.

The Metropolitan Museum of Art’s Costume Institute announced it will stage “In America: An Anthology of Fashion” as the second installment of September 2021’s Met Gala “In America: A Lexicon of Fashion.” But New York Times’ Chief Fashion Critic Vanessa Friedman revealed earlier this week that this year’s theme could perhaps be interchangeably referred to as “Gilded Glamour.”

It seems two words have never inspired such speculation as visions of Gilded Age attire have left the internet divided between literal interpretations of the era’s patina of opulence and more historic references.

The period was deemed gilded, not golden. That is, thinly veiled with lavish delusions. This American epoch (its name derived from Mark Twain’s 1873 novel The Gilded Age: A Tale of Today) spanned the years between the Civil War and the turn of the twentieth century. It was a period of corruption, income inequality and laissez-faire capitalism obscured by excessive materialism and ostentatious displays of vanity. Fashion, as a reflection of the self, was a seamless extension of one’s wealth.

Though family names like Rockefeller, Vanderbilt and Carnegie are most often associated with the “robber baron” monopolists of that time, women of the same lineage are significantly linked to America’s fashion history. And their status was on full display at the Vanderbilt ball of 1883.

26th March 1883 & Alice Claypoole Gwynn, Mrs Cornelius Vanderbilt, dressed in a glittering, golden costume representing “Electric Light”, is a sensation at Alva Vanderbilt’s ball. Designed by Worth, the dress even lights up, with a torch run by batteries hidden in the satin folds pic.twitter.com/KStWKR8h5J

In our current climate, Gilded Glamour at the 2022 Met Gala feels a tad self-referential, a little “Let them eat cake,” even — especially with a pandemic and the conflict in Ukraine raging on — but the Met proves itself time and time again to be a fitting stage for political fashion statements. Through meaningful dress, an opportunity to confront contemporary Gilded Age-esque injustice presents itself.

Set to showcase men’s and women’s dress in period rooms from 1805 to 1915, we can assume the Costume Institute’s incoming exhibit will indeed briefly brush paths with the Gilded Age. So, costumes on the 2022 Met Gala carpet may echo common stylistic themes from the principally grandiose nature of the time. Era-defining corsets, gloves, hourglass silhouettes and gowns ornamented with over the top bows, textures and lavish embellishments seem apt. The then-recent creation of synthetic dye also means we may be in for vivid (and potentially gaudy) colour schemes.

A historic approach to Gilded Glamour favours reflections of the Gilded Age, but ultimately anything goes at the Met. As it all unfolds, actors Regina King, Blake Lively, Ryan Reynolds and Lin Manuel Miranda will co-host the event alongside honorary co-chairs Tom Ford, Instagram’s Adam Mosseri and Anna Wintour.

So long as opulence is in abundance, who’s to say what limitations there are on excessive glamour? Whether you envision gold encrusted gowns a la Schiaparelli’s spring 2022 couture collection or historically accurate period pieces, we scoured runways new and old to predict what might be in store at the 2022 Met Gala. 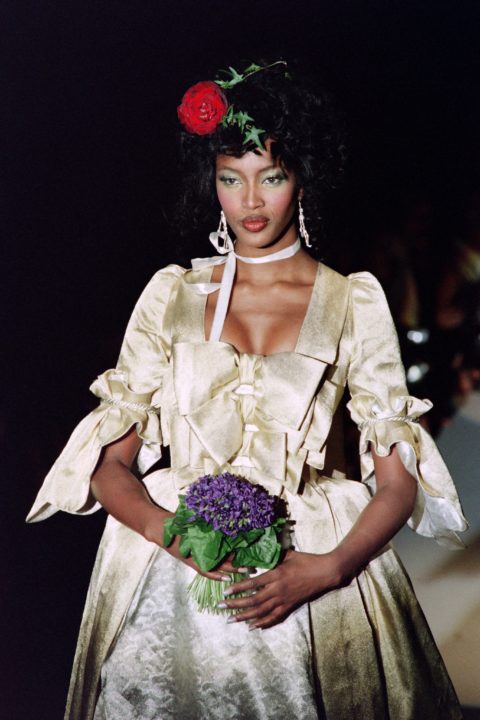 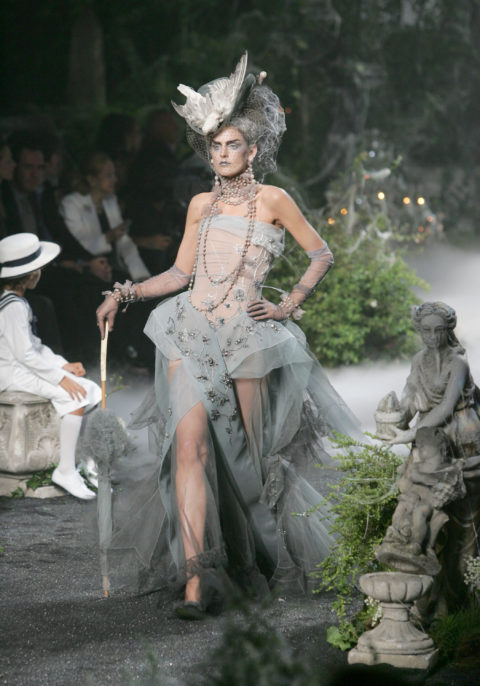 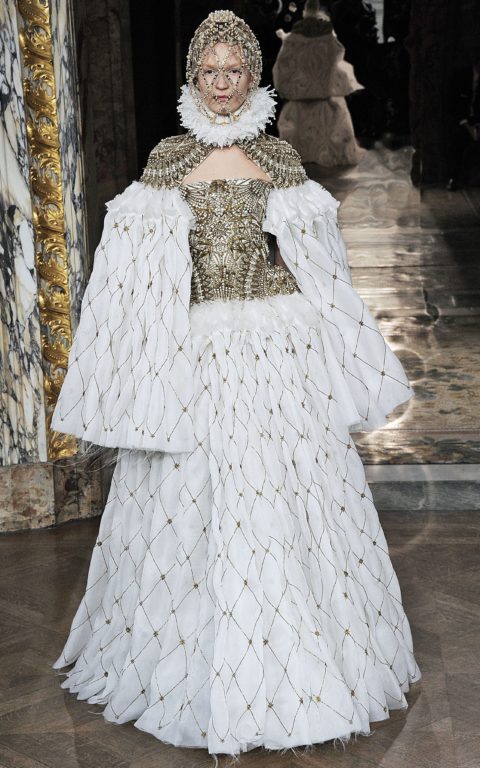 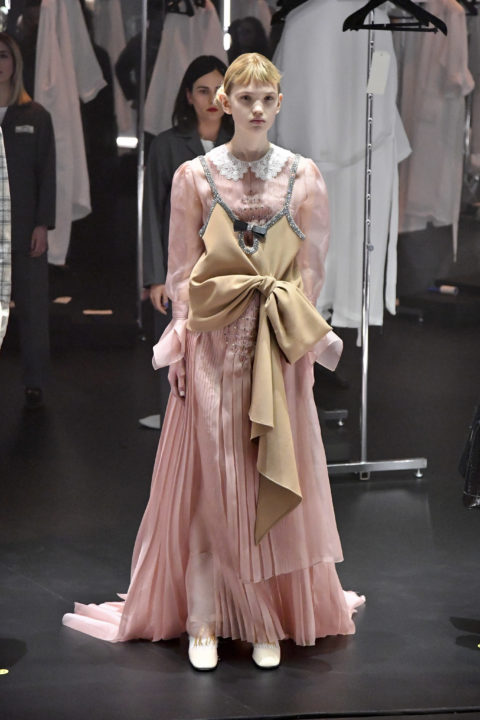 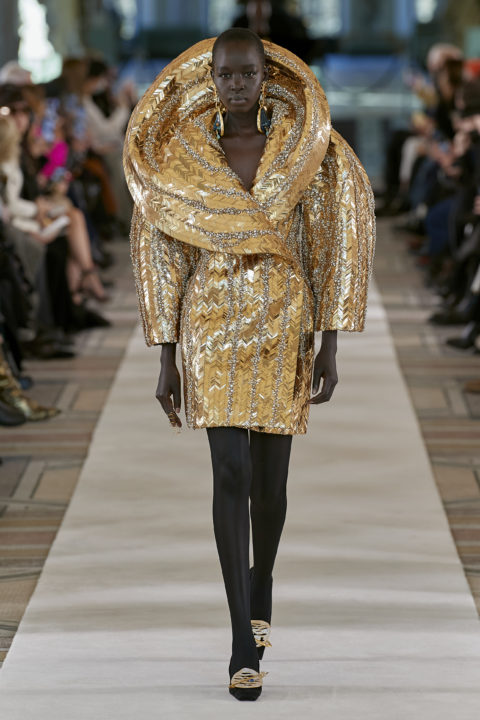 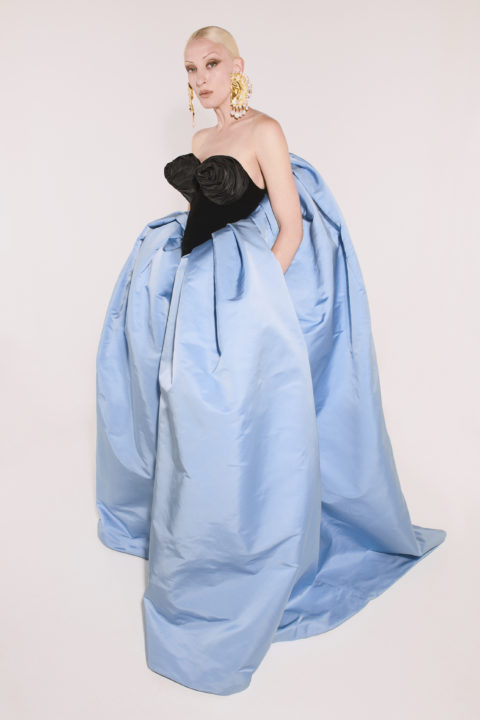 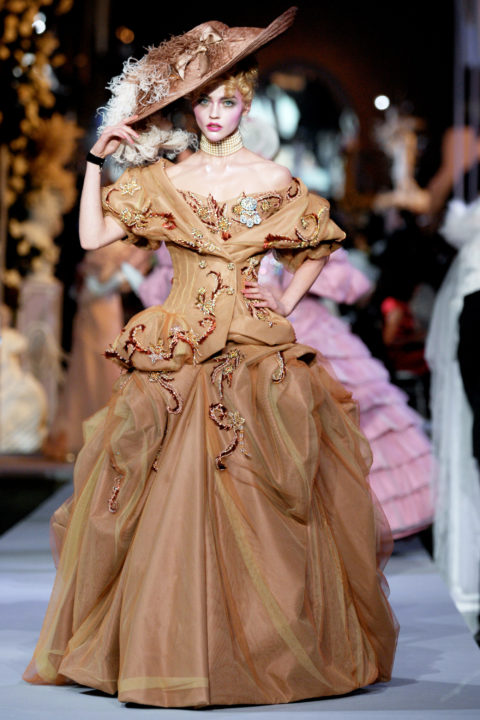 Dior Haute Couture Fall/Winter 2007/2008. Photography courtesy of Getty Images
Get the best of FASHION in your inbox Thanks for signing up!
The latest fashion, beauty and celeb news delivered right to your email #FASHIONforall Now, check your inbox to complete your subscription
We won’t ever use your email address for anything else
Want even more FASHION? Follow us on social media.