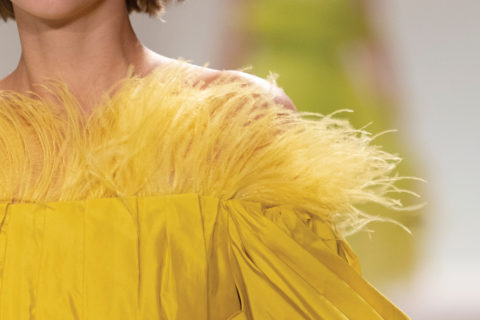 Is Our Centuries-Long Obsession With the Feather Fashion Trend About Freedom or Insanity?

From Marie Antoinette to 'The Birds' to the Fall 2019 runways, one writer makes an argument for both.

In Darren Aronofsky’s 2010 psycho-thriller Black Swan, Natalie Portman stares at herself in the mirror. She’s gaunt and pale, with a red rash running down her back. A ballerina in the throes of psychosis, she hallucinates that she’s transforming into Odile, the seductive black swan in her company’s interpretation of Swan Lake. In a scene that’s part gripping and part revolting, she plucks a short black feather from her back. Later, as she dances her black swan to its tragic end, thick black feathers sprout from her arms. She is utterly transformed—and completely insane.

In literature and art, birds have long represented a multiplicity of things: freedom, yearning, elegance, escape. Men have been turning women into birds since Homer recounted Odysseus’s journey past the Sirens, sexy and lustful half-birds whose cooing songs drove sailors to their deaths. And during her bouts of insanity, Virginia Woolf heard birds singing to her in Greek.

Birds have also long been a trope in horror: In Alfred Hitchcock’s The Birds, swarms of deranged birds attack humans, and in Edgar Allan Poe’s “The Raven,” a raven presides over a man’s descent into madness. Feathers allow a metamorphosis deeper and darker than any other. Put on a feathered gown, skirt or coat and you’re not only turning into someone else but something else entirely—a species we don’t quite understand but know we can’t control.

Fashion’s zest for feathers began long ago. Marie Antoinette used to stride through Versailles with ostrich feathers waving in her hair. The feathers were so subversive at the time that Antoinette’s mother, Holy Roman empress Maria Theresa, returned a portrait of her daughter with the huffy response that no daughter of hers would wear feathers so the woman in the painting must be a trashy actress. Nonetheless, Marie Antoinette’s royal influence ignited a trend that has lasted for centuries. Across Europe, women began wearing feather-topped hats, some over a metre tall.

By 1892, the feather business in London was bustling: One dealer made a single order of feathers that included 6,000 birds of paradise, 40,000 hummingbirds and 360,000 East Indian birds. Forty-six species of birds nearly went extinct during the craze, and The New York Times ran a headline in 1898 about the practice of “murderous millinery.” The industry underwent a spectacular economic bust in 1914 but picked back up again in 1927, when a feathered fan was found in King Tutankhamun’s tomb.

Decades later, in the 1960s, Yves Saint Laurent showcased collections filled with feathers—a symbol of female emancipation, with their airy seductiveness and volatility. Feathers made his dresses and coats feel alive and electric.

In the Fall 2019 collections, fringes of feathers were rampant. Mary Katrantzou sent models down the London runway in psyche­delic-hued ostrich-feather coats, practically willing them to take flight. Marc Jacobs closed his show with his own take on a black swan—Christy Turlington in tall, tough leather boots and a black feathered gown both menacing and demure. And Ann Demeulemeester also showed feathers, in scarlet and copper criss-cross necklaces so enormous that they looked like breastplates. For Demeulemeester, feathers have long been a source of inspiration, for both their mystery and their beauty. “We humans can make so many beautiful things; however, we cannot compete with the perfection of a feather,” she said. “For me, a dove feather represents the poetry of the ordinary—a sort of perfection that anyone can randomly find on the street. If I had to give this an absolute meaning, I would say that a feather is a symbol of freedom.”

Imagine if we could make like birds and fly away. Feathers are that fantasy come to life, allowing their wearers an excuse to fly through a secret escape hatch in a world that feels more and more like a trap. These days, as the climate crisis looms and hateful movements across the globe gain traction, it’s hard not to feel like we’re all going a little bit insane. So it’s no wonder that feathers—with their fragile, sleek and slightly sinister details—have re-emerged.

They say that insanity is doing the same thing over and over, expecting different results—which might explain why feathers always make their return to the runways. As humans, we’ve always been drawn to what we don’t understand, and here are feathers—feral, freaky and beautiful—to act as a symptom of our collective derangement in the face of a world that demands us to be so relentlessly good. Even in the most highbrow couture, there’s something salacious and seductive about someone swanning about in feathers. Birds moult, and so shall we. Soon enough, all of this madness will pass. In the meantime, maybe it’s time to give in, get wild and rise from the ashes. 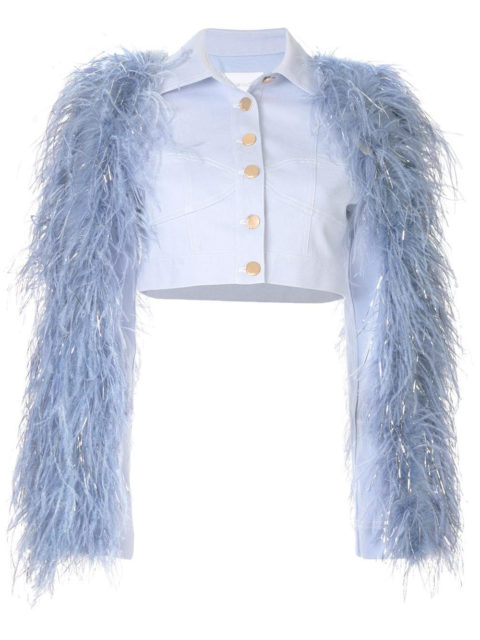 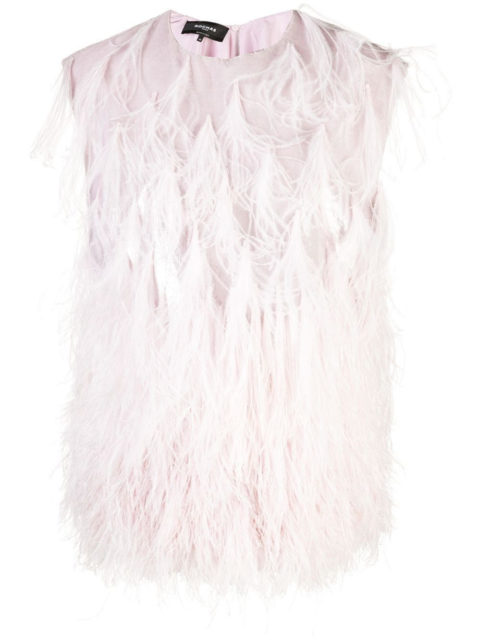 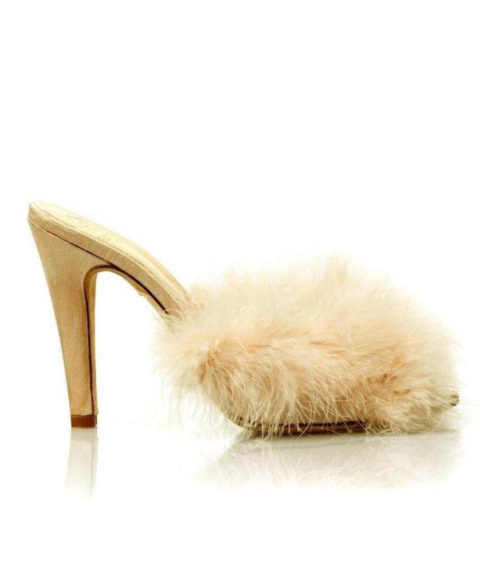 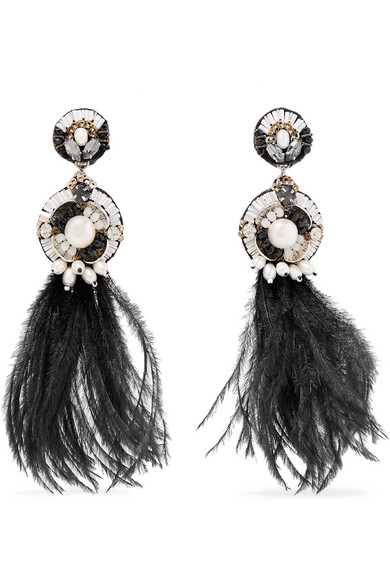 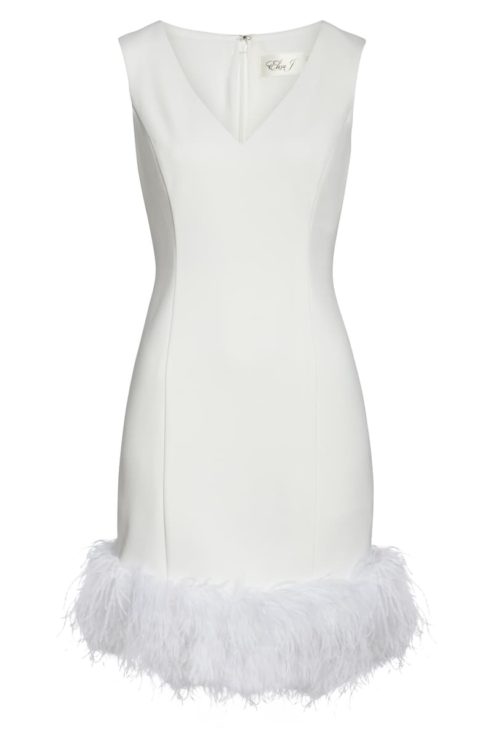 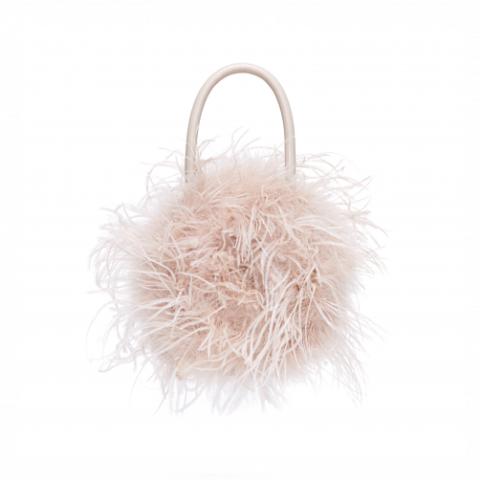 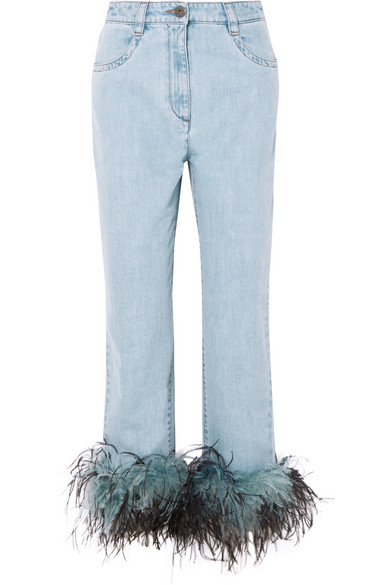 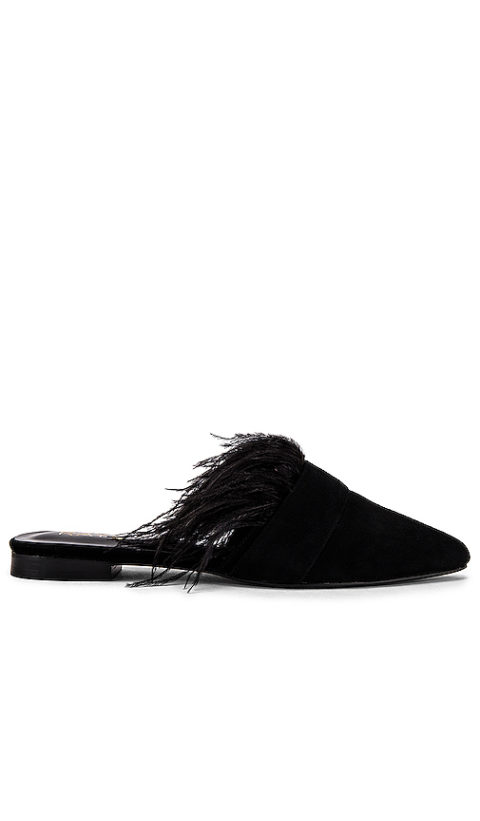 Buy Now
Photography via Imaxtree. Roksanda Fall 2019.
Get the best of FASHION in your inbox Thanks for signing up!
The latest fashion, beauty and celeb news delivered right to your email #FASHIONforall Now, check your inbox to complete your subscription
We won’t ever use your email address for anything else
Want even more FASHION? Follow us on social media.