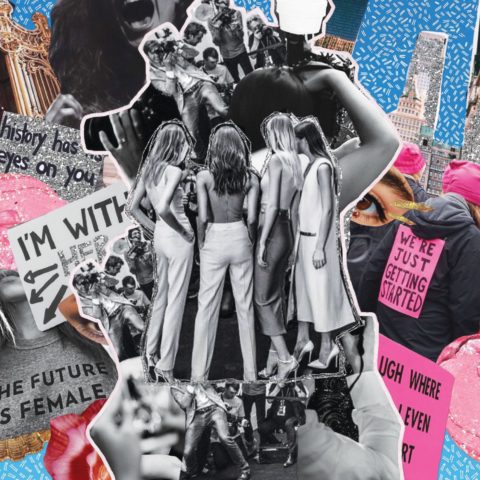 How Has the #MeToo Movement Affected the Canadian Fashion Industry?

“We operate within a culture that is too accepting of abuse, in all of its manifestations.”

In October 2017, The New York Times and The New Yorker published explosive articles detailing decades of alleged sexual harassment by former Miramax studio honcho Harvey Weinstein. Shortly after, women began to share their own personal stories of harassment, assault and abuse—congregated under the hashtag #MeToo, a term coined in 2006 by activist Tarana Burke, Michelle Williams’s plus-one at the Golden Globe Awards this year. A week after the Weinstein story broke, model Cameron Russell began posting anonymous accounts to her Instagram of harassment and abuse suffered by women in the fashion industry, giving traction to fashion’s Time’s Up movement. British model Edie Campbell wrote an open letter to the fashion industry for WWD stating, “We operate within a culture that is too accepting of abuse, in all of its manifestations.” Most recently, The New York Times published accounts from models and photography assistants alleging unseemly conduct from legendary fashion photographers Bruce Weber and Mario Testino. (In a statement to the pub­lication, Weber said the models’ allegations were “untrue” and that he had “never touched anyone inappropriately.” Testino’s lawyer says the photographer rejects the allegations and questions the credibility of his accusers.)

The fashion industry appears to be on its way toward a reckoning as significant as the one occurring in the entertainment world. In Canada, fashion is a small, tightly knit community in which most people are located on a spectrum somewhere between first-name basis and nodding terms. “I would say everyone is super-respectful and professional and lovely,” says makeup and hair artist Sabrina Rinaldi, who adds that she’s never encountered or witnessed anything untoward on set. And yet murmurings of uncomfortable experiences still make the rounds. Rinaldi admits that she’s heard models share stories about “creepy photographers” they worked with early in their careers. And Brandon Hall, creative director at Sutherland Models, says: “Have I heard stories? One hundred per cent.”

Why has a culture of silence pervaded for so long?

One former modelling agent based in Toronto who wishes to remain anonymous remembers rumours circulating about Weber’s misconduct long before the current allegations involving model Jason Boyce, who claims that Weber kissed him and forced him to rub his own and Weber’s genitals. In the late 1990s, the agent says she worked for an agency that had booked a teenage male model to shoot an Abercrombie & Fitch campaign. At the time, she says, she saw the agency director sit the model down and warn him never to go to a hotel room alone with Weber, who was shooting the campaign. Twenty years later, she now wonders whether other agents knew the same information and had shared it with their talent and whether they were protecting models by giving them a warning nudge or protecting Weber.

Historically, fashion is an industry in which highly creative tortured geniuses are not just tolerated but celebrated. “[Bad behaviour] was seen as allowing a kind of creative energy to unfold. It was seen as pushing the edges, being subversive and provocative,” The Washington Post’s fashion critic Robin Givhan told FASHION, something made especially clear by the sexually charged portfolios of photographers like Terry Richardson. (Models have been publicly accusing Richardson of sexual assault since 2010, but it has taken until this current cultural moment for publications and companies to officially boycott his work. Richardson initially shot the January 2018 cover of ELLE US—featuring our cover star, Zoë Kravitz—but it had to be reshot at the last minute after Hearst distanced itself from his work. And Condé Nast announced that it won’t be working with Weber and Testino “for the foreseeable future.”)

Lisa Bloom, the high-profile criminal lawyer who briefly represented Weinstein, is representing Boyce. Bloom told FASHION that once the lawsuit had been filed, other male models reached out with similar allegations against Weber. “Some [models] said, ‘We thought this was something we had to put up with in our industry.’ I said: ‘I’ve got news for you. Sexual harassment is just as illegal in the fashion industry as it is everywhere else.’”

Hall says there’s only so much he can do as an agent when it comes to protecting his models while they are on set. “At the end of the day, we can do all that we can, but if something unscrupulous [were to happen] and we didn’t know about it, it’s sort of out of our hands,” he says. “When you hear stories, you begin to develop an understanding, give precautions and talk to models about what to do and what not to do when they’re in certain situations.”

How can we help fashion’s Time’s Up movement?

“In the last couple of weeks, I’ve had over 15 conversations with people about how [#MeToo] is directly affecting our business and how things will be treated differently than in the past,” says Ryan Greenwood, agency director at P1M. “People are really examining things and becoming fully aware of what they’re saying or doing.” He says that he’s already seeing stricter rules regarding social media being enforced on sets, and clients are beginning to add zero-tolerance harassment clauses into their contracts. He also adds that individuals need to share when they witness unprofessional behaviour on set. Rather than simply blacklisting individuals from their roster, they should reach out to their colleagues to warn them.

Bloom says that agents need to stand up for their models and that photo shoots requiring nudity should be disclosed in advance. She also suggests the formation of a clearing house where people can go to report complaints without fear of retaliation—essentially an HR department created to address the needs of the mostly freelance workforce. Caryn Franklin, a diversity scholar, went one step further in an op-ed for The Business of Fashion, suggesting the formation of an independent trade union dedicated to creating a safe working environment for its members and that protections for models be written into the law.

But perhaps the first—and most important—step is to move past the denial stage. “I think for any industry it begins with a simple recognition of the problem,” says Givhan. “The recognition that some behaviour is in­appropriate and that creative freedom does not give you the freedom to behave in any way that you choose.”

If fashion is to rise up and meet the high standards it sets for itself, we all need to open our eyes, take accountability for what we see and, most importantly, speak up.

Photography courtesy of @LabyrinthofCollages
Get the best of FASHION in your inbox Thanks for signing up!
The latest fashion, beauty and celeb news delivered right to your email #FASHIONforall Now, check your inbox to complete your subscription
We won’t ever use your email address for anything else
Want even more FASHION? Follow us on social media.