Olivia Munn is swiping the screen of her phone like a woman on a mission. She’s eager to show me some images that have been irking her and her publicists, agents, and hair and makeup artists. There are a lot of photos to go through because Munn, 35, has been on a lot of red carpets lately, including, in her aff ectionate words, “the Nerd Oscars,” or The Academy’s Scientific and Technical Awards, which she hosted. And there will be more in the coming weeks once X-Men: Apocalypse opens. In this summer blockbuster, Munn plays a powerful mutant named Psylocke. But today, Munn, on set for her first cover shoot with FASHION, is preoccupied with snaps that were taken weeks ago.

Her black and white rescue dog, Chance, a Cavalier King Charles Spaniel, circles us as Munn finds a photo of herself at an event from her last film, Ride Along 2. It doesn’t look like her. At all. As she’s staring at it, she cringes. “Being multi-ethnic―I’m half Chinese, half white―brings up a whole set of complications that people don’t even think about when it comes to being photographed,” she says. “I have more of a white appearance on the outside, but my bone structure is very much Asian. I have high cheekbones and smaller eyes. When you put shimmer on the inside of my eyes, I immediately look cross-eyed,” she says. “If you put too heavy of an eyelash on me, it looks like my eyes are halfway closed.”

Then she opens up her Instagram. “I posted the picture on Instagram because the glam team had worked very hard. People were like, ‘What did she do to her face?’ A week later, I looked completely different,” she says. “As an actor, you can be completely transformative and take on diff erent roles. As an individual in the world, it’s a totally different story―we live in a time where there’s so many pictures that bring so much scrutiny. When your face changes because of makeup, it’s hard to let people know that you’re not actually doing surgery or fillers.”

Munn first became a household name as a guest correspondent on The Daily Show, where she famously interviewed her own mother on the topic of “Tiger Mothering,” a parenting technique in which Asian matriarchs push their kin to high levels of achievement. “My mother never coddled me. She never really helped me. What I did learn from her was how to have a strong sense of self,” she says of her upbringing, which was split between an air force base in Tokyo (where her stepfather was stationed) and Oklahoma (where she earned
a journalism degree at the University of Oklahoma). “I think it’s really important for women to push back when someone pushes them. That’s what my mom taught me. She gave me the tools to figure out how to solve problems and fight my own battles. I took tae kwon do growing up.”

That early training prepared her to take on the persona of one of X-Men’s most dangerous characters. Munn’s Psylocke is a martial arts pro that she describes as a “telekinetic telepath who is strong and lethal.” To embody her character’s fit physique and prep for the role, Munn had to do three and a half months of hard-core sword and stunt training—six days a week for about seven hours a day (she ended up shedding 12 pounds because of it). “My character could kill from afar, but she usually chose a sword to kill up close and personal.” What is most interesting about Psylocke is that she’s named as one of villain Apocalypse’s Four Horsemen at the beginning of the film but undergoes an arc that pits her as both an anti villain and an anti-hero. “Her family were all taken from her,” Munn says. “She spent a lot of her life following false leaders, looking for family or a perfect life.”

Playing Psylocke and growing up with a mother who insisted on self-sufficiency and excellence may have helped Munn in dealing with the rigours of being in the spotlight, but nothing has prepared her for fame more than her journalism degree. When The Washington Post published an insipid article about her famous football-player boyfriend last November, titled “Some Packers fans are starting to think Aaron Rodgers has an Olivia Munn problem,” Munn fought back. The story said fans were concerned that Munn had jinxed the Green Bay Packers because they had a three-game losing streak. “As soon as I saw that the story was getting picked up everywhere, I did their research and fact-checking for them,” she says, explaining why she took to Twitter to set things straight and let the paper know that their “source” had frequently made homophobic, anti-black and anti-Muslim statements online. “The story was based on a foreign source who had proven himself to be a racist and a bigot, and I told them that.”

Munn thinks the current news cycle needs some sort of vetting system: “There should be a board that decides which websites and blogs earn a kind of journalistic
integrity.” In other words, she feels blogs and sites shouldn’t be playing age-old games with people’s reputations. “It’s called, ‘Blame the bitch.’” That way of thinking is exactly why U.S. Vice-President Joe Biden worked with Munn on an initiative addressing sexual assault on college campuses called It’s On Us. “Younger women don’t have their voice yet,” she says. “They haven’t figured out their strength. It’s really important that women see others in the public eye who don’t back down when someone pushes them.”

Munn’s 2011 book of essays, “Suck It, Wonder Woman!,” zeroes in on how Hollywood misogyny is very real and has run rampant for years. “People have so much to say about Lena Dunham getting naked on Girls. To me, that is more of a problem. That’s where it’s unfair: the judgment that is put on women for how we look. If you’re looking bad, you have to cover up. If you’re looking good, you’ve done something or made a deal with the devil.”

Munn—while not quitting the acting game just yet—is looking to produce so she can balance the scales a little more. She has a deal with CBS TV Studios already underway and is working on two hush-hush projects: a comedy and a drama. “I’d love, in the near future, to not be in front of the camera,” she says. “When you’re producing, you get to be part of the whole creation.”

One thing Munn isn’t buying is the idea of looking at an actor’s Instagram or Facebook following as a way of casting jobs. “Social media is a real way for women to show our individuality and creativity,” she says. “But your number of followers says nothing about your talent—this isn’t a popularity contest. When it comes to true art, you want to find somebody whose actual work you love. That should be enough.”

See our May 2016 cover star answer our “Would You Rather” questions below. 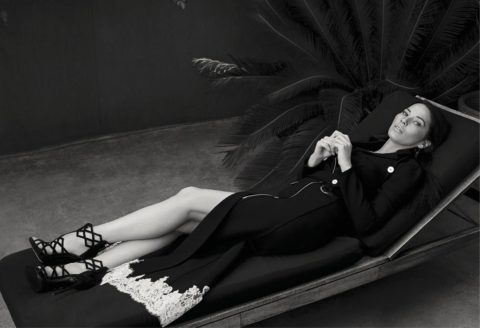 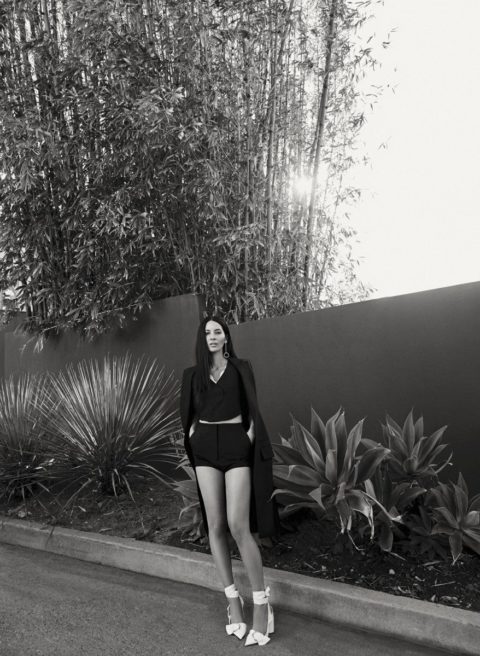 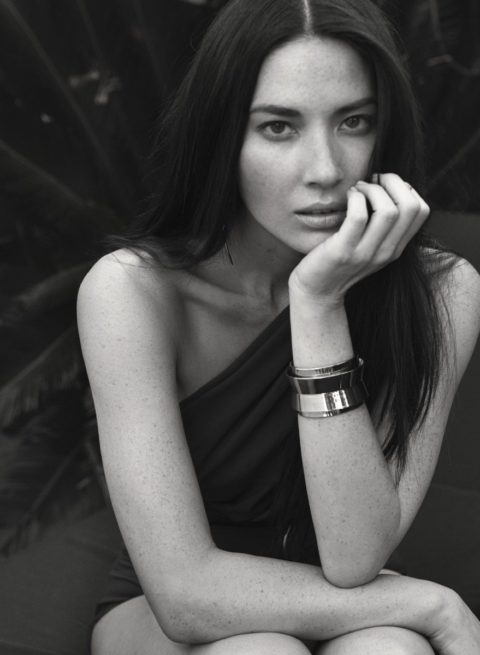 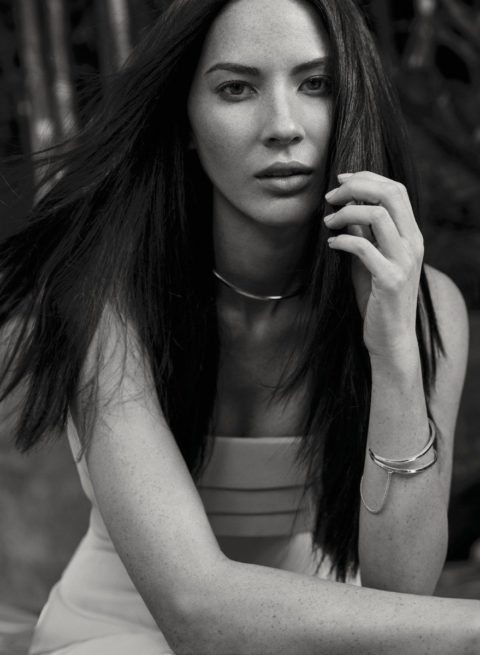 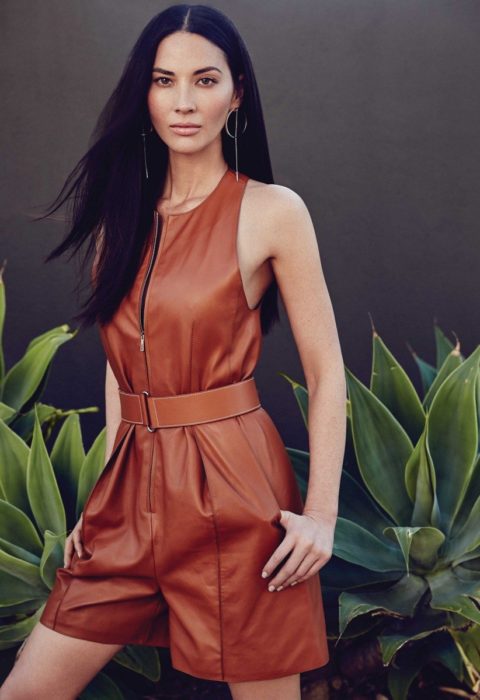