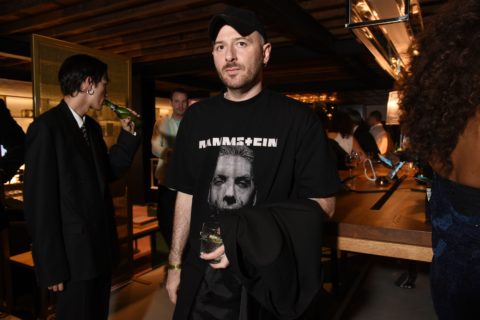 Designer Demna Gvasalia has announced that he is stepping down from the helm of Vetements, effective immediately.

Overnight, the Georgian designer shared the news with WWD, saying that he felt like he had achieved everything he could at the label that he co-founded with brother Guram. “I started Vetements because I was bored of fashion and against all odds fashion did change once and forever since Vetements appeared and it also opened a new door for so many. So I feel that I have accomplished my mission of a conceptualist and design innovator at this exceptional brand and Vetements has matured into a company that can evolve its creative heritage into a new chapter on its own,” he said.

Demna undoubtedly changed the face of fashion with Vetements, elevating streetwear for the luxury consumer and reigniting the industry’s passion for innovation.

Guram added, “Vetements has always been a collective of creative minds. We will continue to push the boundaries even further, respecting codes and the authentic values of the brand, and keep on supporting honest creativity and genuine talent. What Demna has accomplished over the past few years represents a key chapter in the story of Vetements. We are very grateful to Demna for having contributed to the great momentum of the house.”

It is understood that Demna will continue in his role as creative director at Balenciaga, presenting the brand’s S/S20 show in Paris on September 26. However, as noted by WWD, the release suggests a new line could be in the works as it says Demna is leaving “to pursue new ventures.”

As for what will happen at Vetements moving forward, Guram said, “This moment signifies a new era for Vetements, an era of growth and major expansion. New projects and surprise collaborations are to be revealed in the very near future.”

Photo by Jillian Sollazzo/WWD/Shutterstock
Get the best of FASHION in your inbox Thanks for signing up!
The latest fashion, beauty and celeb news delivered right to your email #FASHIONforall Now, check your inbox to complete your subscription
We won’t ever use your email address for anything else
Want even more FASHION? Follow us on social media.