See the images from the Chanel Reincarnation film »

Get ready for a sweet duet featuring Cara Delevingne and Pharrell Williams as they star in Karl Lagerfeld’s latest short film, Reincarnation. Set to accompany the Paris-Salzburg 2014/15 Métiers d’Art collection on December 2nd in Salzburg, Austria, Lagerfeld imagined the film to embody an episode from the colourful life of founder Gabrielle (Coco) Chanel.

Actress Geraldine Chaplin plays Chanel, when she comes across a young lift-boy (played by Pharrell Williams) who wears a jacket that would later inspire the iconic Chanel jacket while vacationing in Salzburg in 1954. The film will also feature interwoven scenes of a come to life dream evoking the Austro-Hungarian Empire, in which Cara Delevingne, playing the part of Empress Elisabeth of Austria, flaunts a Chanel Haute Couture gown while she dances with the Emperor of Austria, Franz Joseph I, also played by Williams.

Enlisting in the help of close friend Williams, Lagerfeld left the singer in charge of writing and composing the lyrics to CC the World, an original soundtrack that will accompany the film. Delevingne will also sing alongside Williams, and we’re hoping her voice is as strong as her famous eyebrows.

The full video for Reincarnation will premiere December 1st at 9pm (Paris time), but in the mean time watch the trailer and see the behind-the-scenes images here. 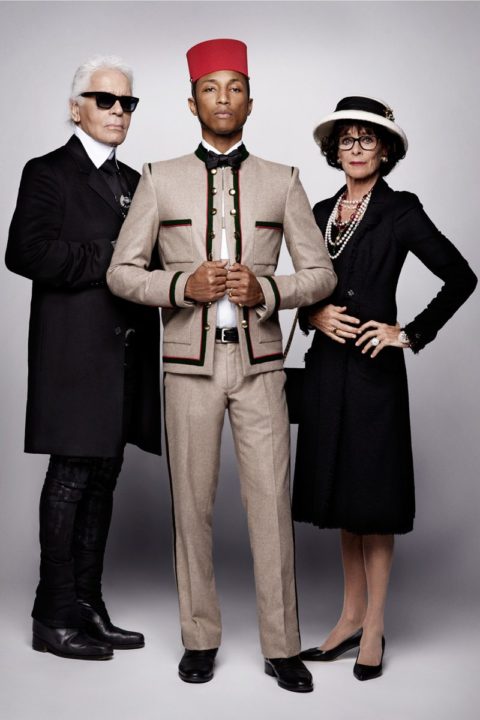 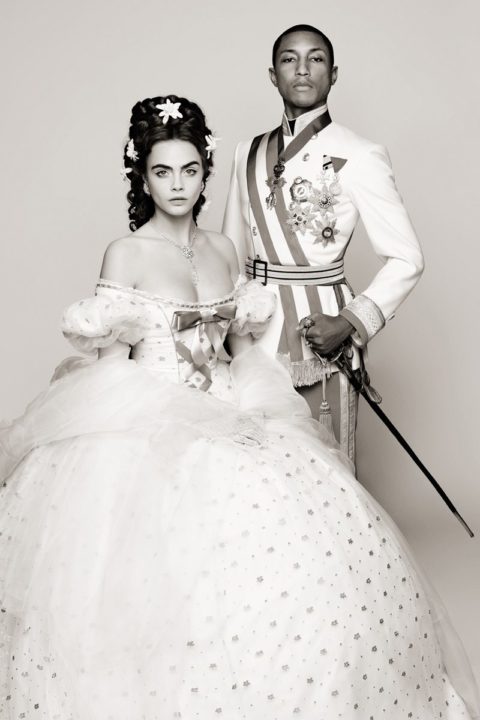 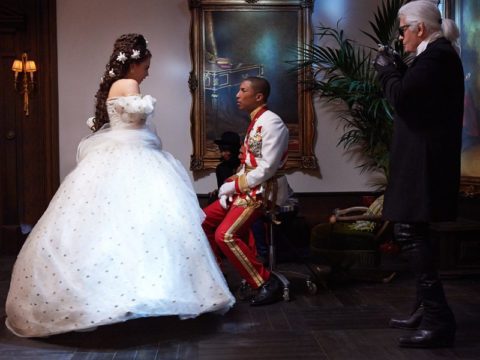