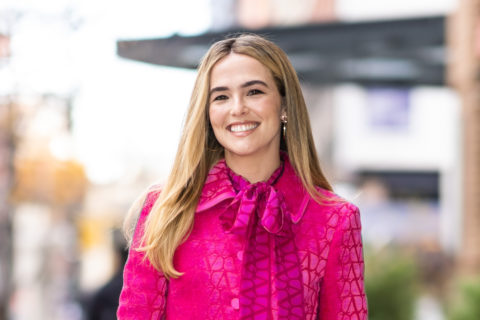 Is Anyone Having More Fun Getting Dressed Than Zoey Deutch?

The newly minted romcom queen has been giving everything from Barbiecore to plazacore while promoting her new movie 'Something from Tiffany's.'

Zoey Deutch isn’t a household name — yet — so you’d be forgiven for not knowing the extent of her film resume. But a few movie titles might ring familiar. There was Set It Up, the 2018 Netflix original romantic comedy that put her and Glen Powell on the map, last year’s Not Okay that satirized life online, and the newly released Something from Tiffany’s, a Christmas romcom (double joy!) that has firmly solidified the 28-year-old as a future romcom queen. The Amazon Prime original has also placed Deutch on the style map, after a whirlwind promotional tour for the holiday movie that included looks from Valentino, Caroline Herrera and Chloé.

Switching seamlessly from Barbiecore in a mod magenta look from Valentino to plazacore in a Clueless-inspired skirt suit by Self Portrait, Deutch is proving herself to be quite the fashion chameleon, and a real joy to behold. A Tiffany blue ballgown complemented by a matching manicure and diamond hair bow? Why not! A sexy cut-out Raisa Vanessa mini-dress with crystal embellishment for a fête celebrating the new film? Sure thing. Deutch can be sweet one day, sexy that night and avant-garde the next day for lunch. And we’d be remiss if we didn’t mention that most, if not all, of her promotional looks leading up to the premiere of Something from Tiffany’s were — what else? — frosted with a little something from Tiffany & Co.

After these stunning sartorial moments, I feverishly scrolled through Deutch’s Instagram, as you do, and realized that I have been sleeping on her style for way too long. There was a casual Dior pantsuit moment in October, an ’80s cobalt blue mini-dress with exaggerated ruffles from Elie Saab in August, and a sleek minimalistic black and white co-ord with maxi skirt in July. Perhaps one of the most captivating parts about Deutch’s outfits is that she never shies away from making it an entire look, playing with fun makeup like pastel eyeshadow and bold lips, and switching her hair from pin straight to a slicked bun to a ’90s supermodel blowout in the same week. Is anyone having more fun getting dressed than Zoey Deutch? Convince me.

Here, a round-up of Zoey Deutch’s enviable Something from Tiffany’s promotional tour outfits, and proof that this nouveau romcom queen is one to watch on the big screen *and* the red carpet. 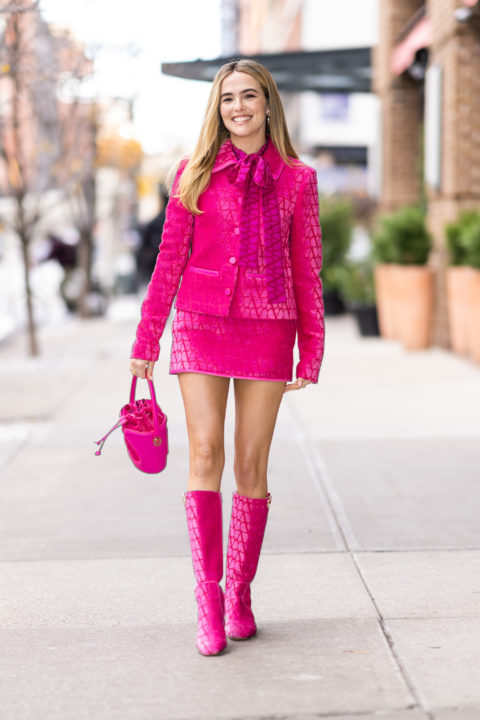 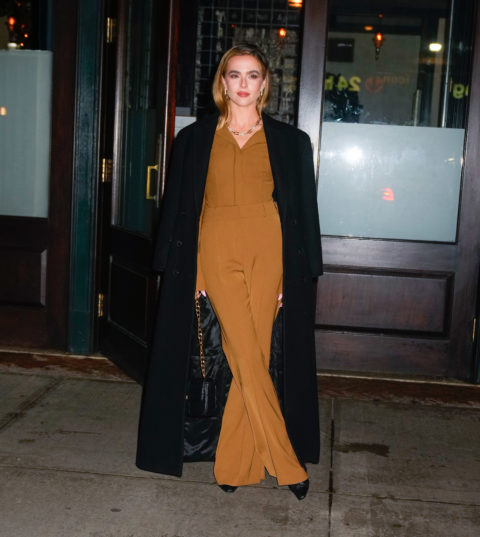 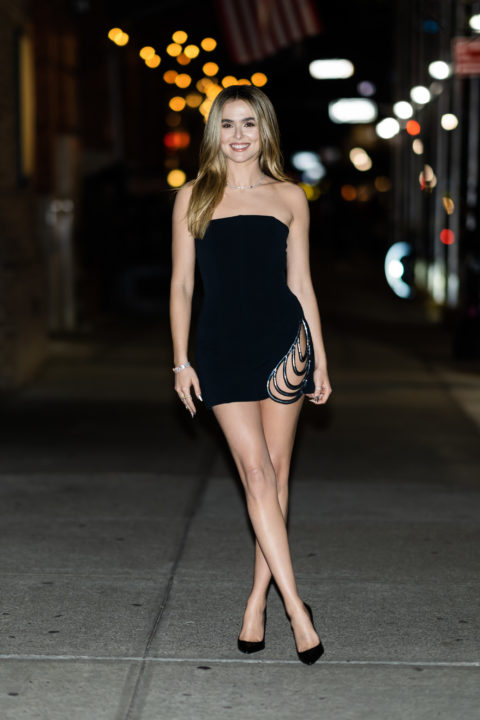 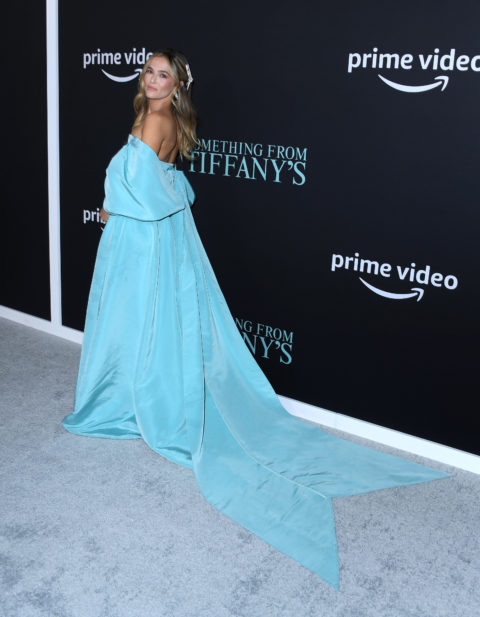 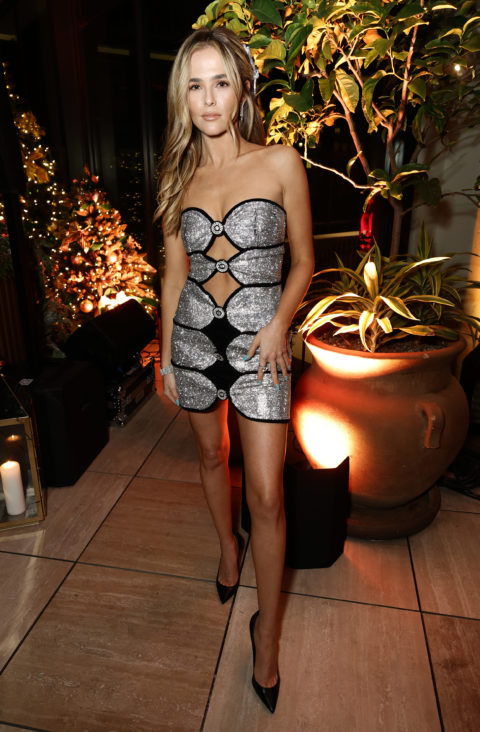 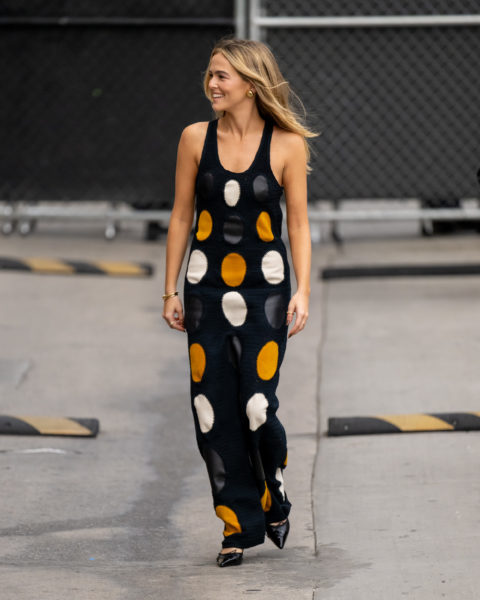 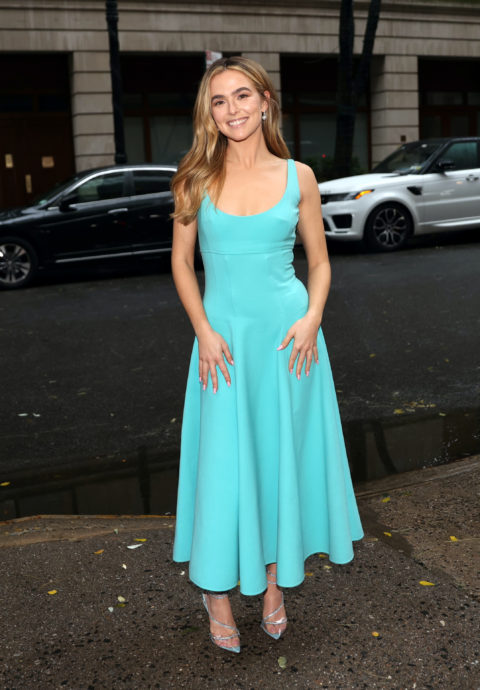 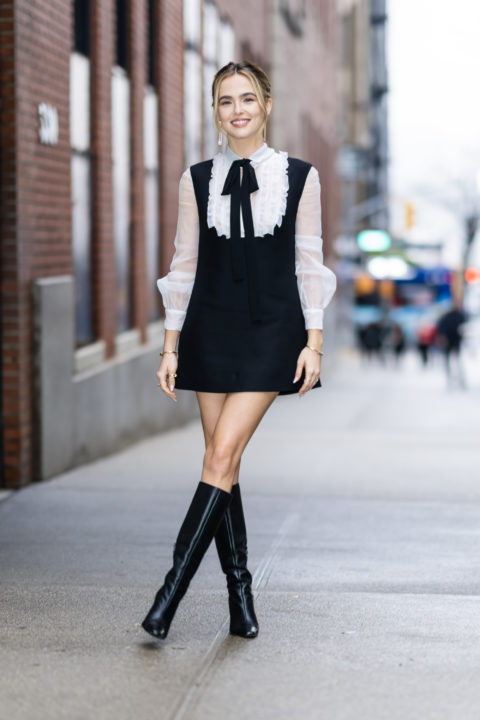