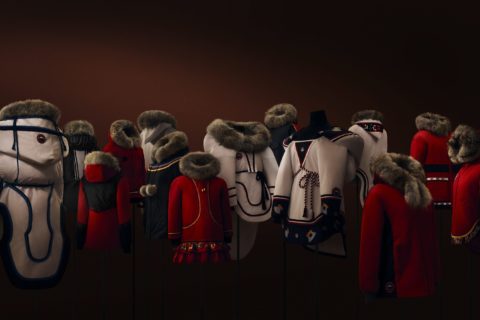 Canada Goose commissioned 14 Inuit designers to create one-of-a-kind jackets. The parkas go online today and 100% of the proceeds will go back to the community.

When someone who lives in Iqaluit complains about it being cold in New York City, you know that you’re not being a polar vortex whinger. #thestruggleisreal

“I’ve never been here before and I didn’t think it would be this cold,” laughs Mishael Gordon, who was in town to celebrate the launch of Project Atigi, a social entrepreneurship venture from Canada Goose. “It’s going to be my number one memory.”  (Atigi is the Inuktitut word for “parka,” and Gordon was one of 14 seamstresses the company commissioned to create bespoke jackets for this exclusive collection.)

Proceeds from the sale of the parkas will go toward the Inuit Tapiriit Kanatami (ITK), a non-profit organization that serves the 60,000 Inuit in Canada’s north. The designers created anoraks, parkas and amauti-style jackets for men, women and children. Many of the sewers, like Gordon, chose designs that had been passed down in their families.

“My jacket is based on a style I wore when I was a child,” Gordon explained at the launch party. “It’s a coat my grandmother gave me, so this jacket is made in honour of her. I only have boys so I really enjoyed creating something for a girl.”

Jennifer Munick, who lives in Kuujjuaq, Quebec, also designed a girl’s parka and she too paid tribute to her grandmother. “This is the kind of coat I grew up wearing,” she said. “I used materials from Canada Goose, but I also incorporated a traditional granny scarf into the frill at the bottom. My grandmother wore one of these floral printed scarves so it’s a tribute to her, even though she always told me that  ‘you don’t need to have too much fashion as long as you’re warm.’” In Munick’s case form and function have equal merit.

For Dani Reiss, the president and CEO of Canada Goose, Project Atigi is the ultimate example of social entrepreneurship. “We are the only global Canadian luxury brand and for us to be collaborating with the Inuit—the original parka makers—is really powerful. To be able to use our global platform to showcase their products and craftsmanship, which they’ve had for generations, is really important. Hopefully it’s just the beginning and we can create opportunities for these women.”

Coco Rocha, who attended the launch along with Mark Messier and Annie Murphy, described the collection as genuine “Canadian Couture.” “It’s one of a kind—and each piece has a story behind it. I think that’s what fashion should be about.”

The Project Atigi collection will be showcased in Canada Goose stores around the world and available for purchase on canadagoose.com. 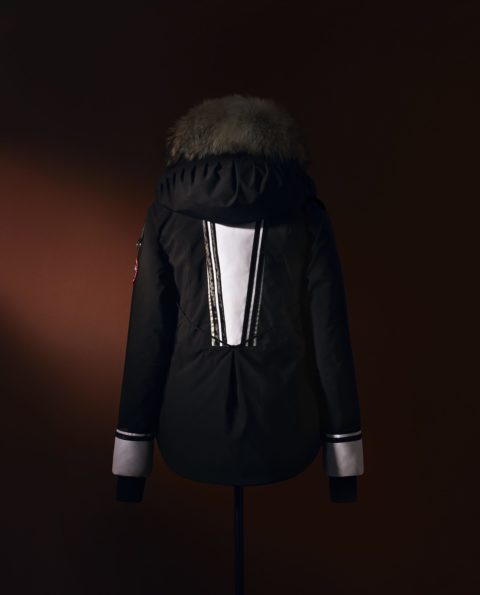 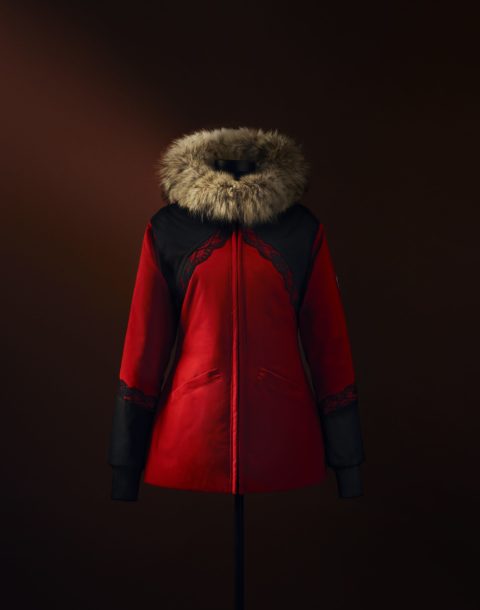 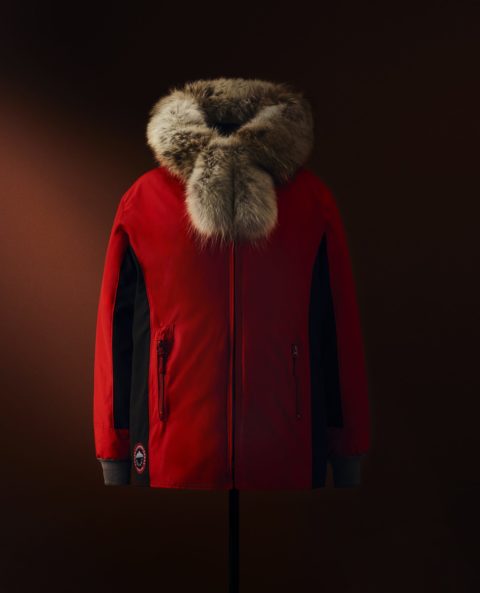 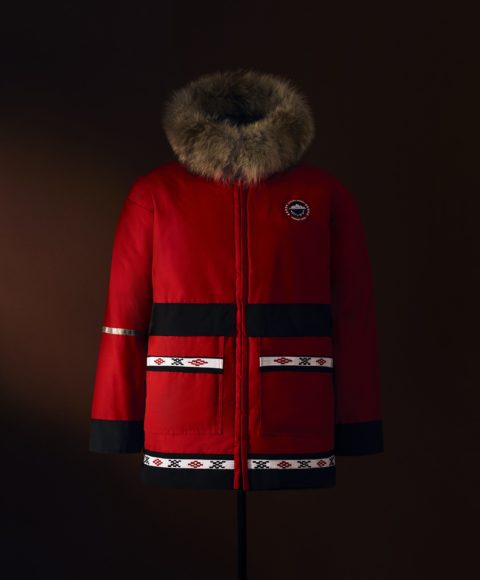 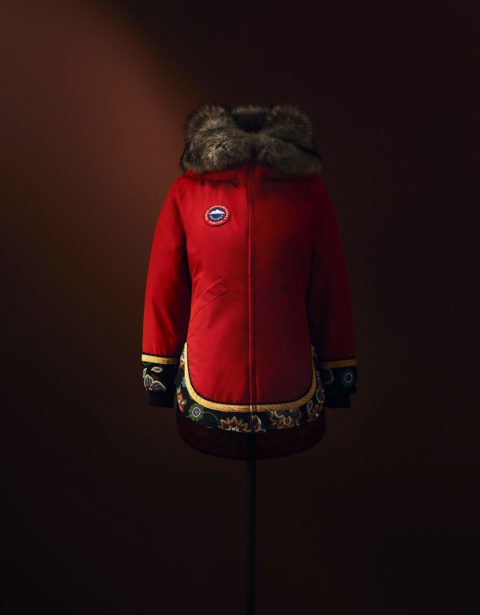 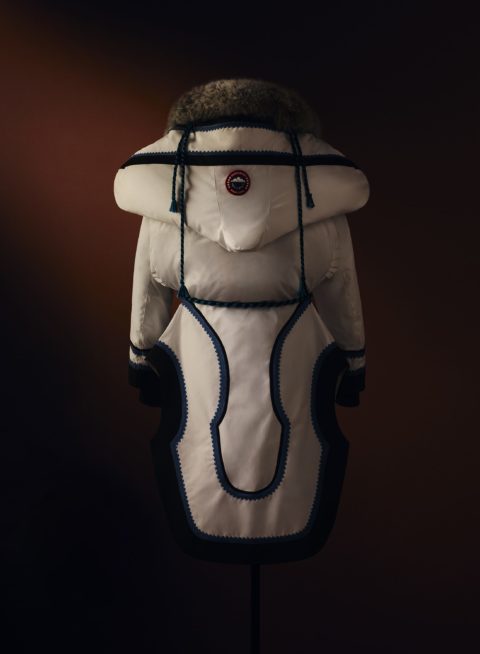 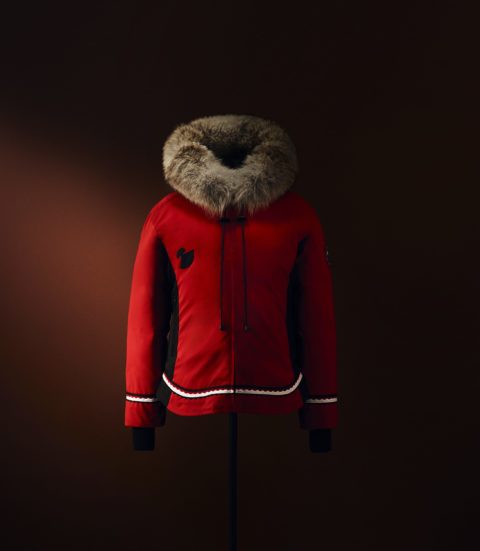 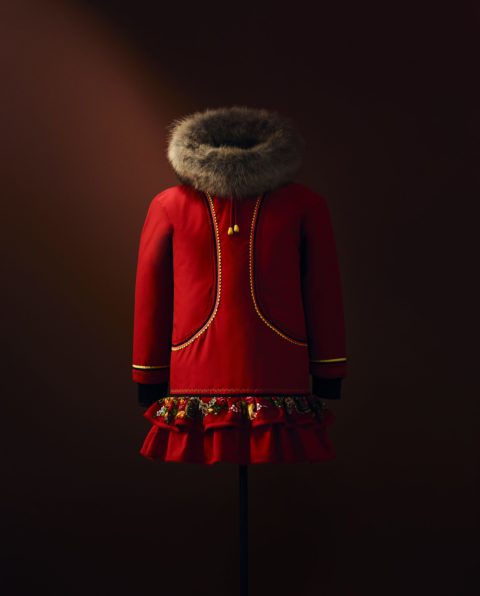 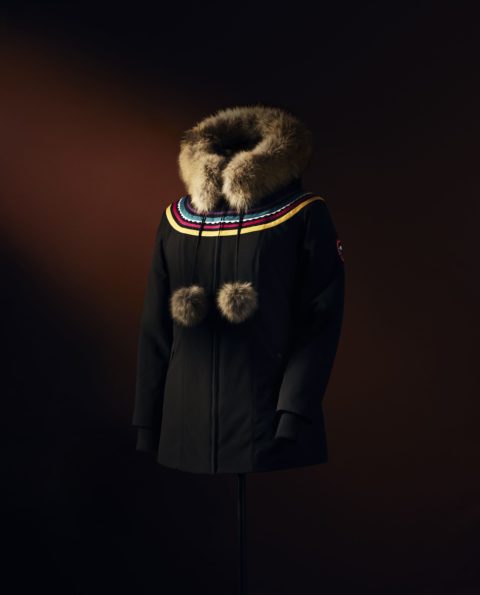 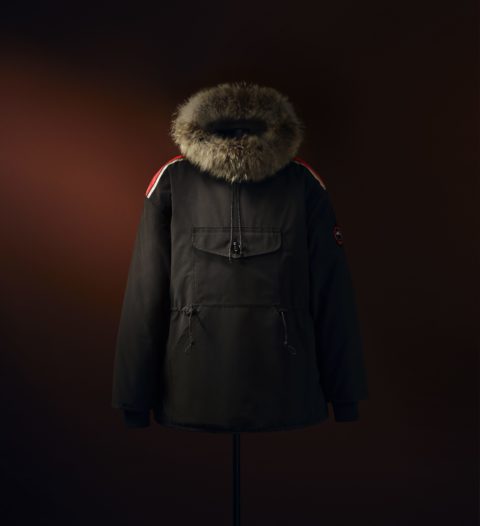 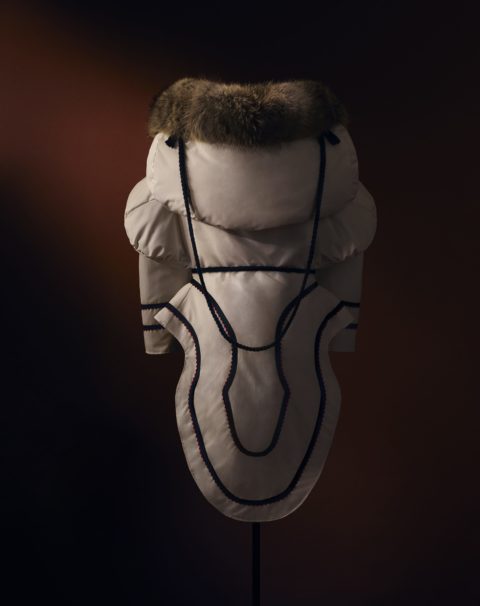 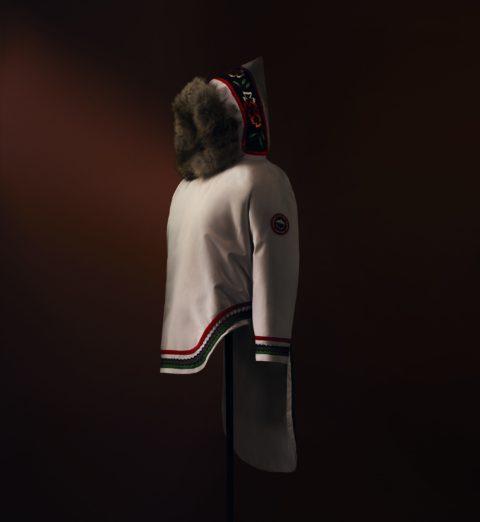 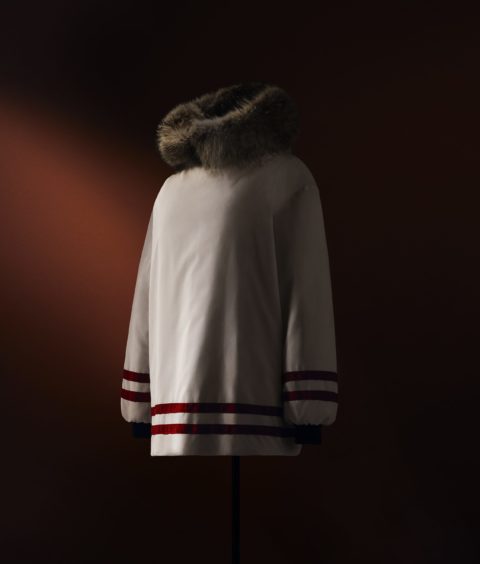 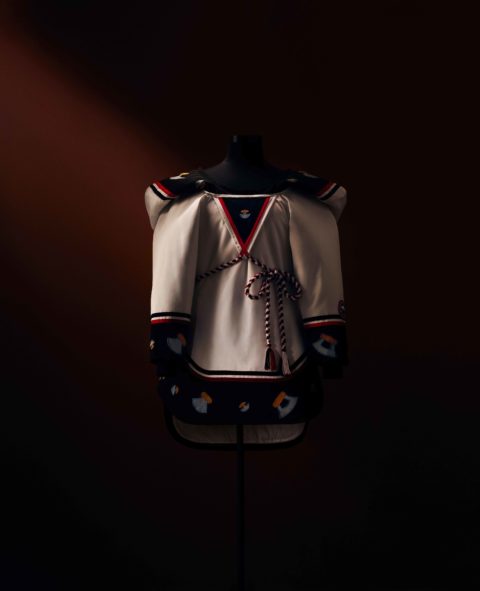 Kristy King’s mother taught her how to sew as a young girl. Today she creates custom-made winter wear that is traditional with a contemporary twist.

Chantel is from Arviat, which is near Rankin Inlet. For the past five years, she and her sister have been designing custom coats for their community.

Rebecca Killiktee collaborated with Canada Goose 10 years ago with her sister Meeka Atagootak. When the two of them asked if they could take the surplus materials they saw in the factory home for the seamstresses in their community, it inspired the company to create the Canada Goose Resource Centre Program. Since 2009, Canada Goose has been donating fabric, trims and materials to resource centres in the north.

Freda used a ‘Delta Braid’ technique to create a geometric pattern using ribbons made from layers of multi-coloured bias tape and seam bindings.

Mishael designed a jacket similar to one her grandmother sewed for her when she was a girl. She says the floral dot pattern is her modern take on beading.

Meeka made a white long-tailed amauti with green and blue accents to represent earth and water. An amauti has a carrying pouch in the back for a baby.

Eileen Arragutainaq has been sewing since she was 17. She has mastered the art of creating a parka in two days and amautiks in just six hours.

Winifred’s parka is based on a traditional Inuit design, but she added in her own modern twist by adding bright trim to the shoulders rather than the sleeves.

Like many of the other seamstresses in Project Atigi, Jackie learned to sew by watching her mother and her aunt.

Martha created a white amauti with black and red detailing because she felt the colours were representative of Canada Goose.

Chantelle learned to sew from her mother and she later studied craft and apparel design.

In addition to being an accomplished seamstress, Donna is also a leader in her community.

Marlene embellished her Amauti parka with ulus– a traditional knife used to cut meat and smooth skins to be made into clothing.