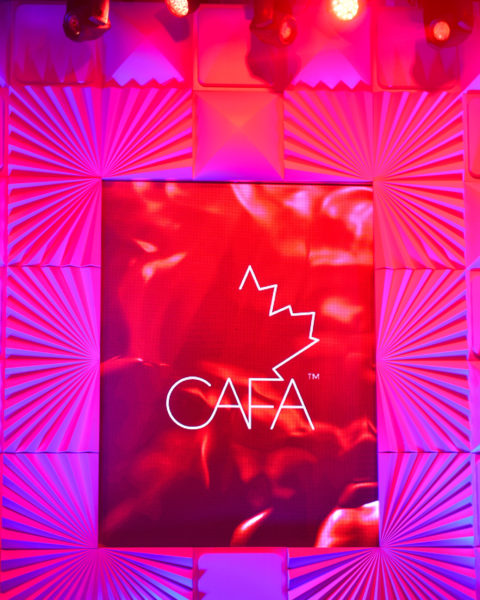 The 2021 CAFA Awards Will Be Virtual — Plus, This Year’s Host

Here's everthing to know about this year's Canadian Arts and Fashion Awards gala, including the host Amanda Brugel.

After a tumultuous 2020 during which the Canadian Arts & Fashion Awards (CAFA) Gala was first postponed and then eventually cancelled due to the ongoing COVID-19 pandemic, the annual festivities recognizing Canada’s brightest fashion stars are going virtual this year.

CAFA announced on April 8 that its seventh annual Awards Gala will take place virtually on May 19, 2021.

The beauty of a virtual event? No limit to the guest list! “In place of the traditional in-person CAFA Gala, the 2021 edition can be experienced virtually by all,” reads a press release. “A first for CAFA, the digital format democratizes the Gala while acknowledging and honouring Canadian fashion’s great creatives.”

The host for the 2021 virtual CAFA Awards Gala was also revealed, with Canadian actress Amanda Brugel, known for her work on The Handmaid’s Tale, Kim’s Convenience, and Workin’ Moms, at the helm. Additionally, awards will be “presented by notable Canadian figures in fashion and pop culture,” according to the release.

TV personality and comedian Jessi Cruickshank hosted the last gala, in 2019, while Brugel hosted the From Stitch to Screen event in partnership with The Academy of Canadian Cinema & Television in 2017.

“I am thrilled to be a part of CAFA’s first-ever virtual Awards Gala,” said Brugel in the press release. “Now, more than ever, it is important to uplift and acknowledge our incredible homegrown talent across the arts and fashion industries. This event will be unlike anything CAFA has hosted before.”

Winners will be announced on May 19 at 7:00 p.m. ET during an hour-long show broadcasted live from Toronto, with additional programming, including a virtual red carpet and pre-show, kicking off just prior.