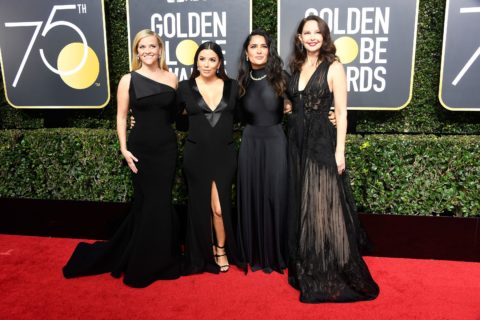 The British film industry chimes in from across the pond

The Time’s Up momentum is showing no signs of slowing down this awards season. British actors, actresses and industry insiders plan to wear black to the BAFTA Awards in London on February 18 in a continued show of support for the Time’s Up initiative launched by actresses in Hollywood to provide assistance to women who have suffered sexual abuse or assault in the workplace.

According to the BBC, a letter circulated among the industry urges guests “to wear black to the awards ceremony, to follow suit from our sisters who attended the Golden Globes.” It goes on to state that, “More than half of all women and nearly two-thirds of women [in the UK] aged 18 to 24 have experienced sexual harassment at work. We hope that those of us privileged enough to have a platform can use it to raise awareness of the experiences of women beyond our industry, whose experiences are often silenced and marginalised.”

It’s also worth noting that this is the first year a woman will be hosting the ceremony in over a decade. Acclaimed actress Joanna Lumley is taking over from comedian Stephen Fry, who had previously served as BAFTA host for 12 years.