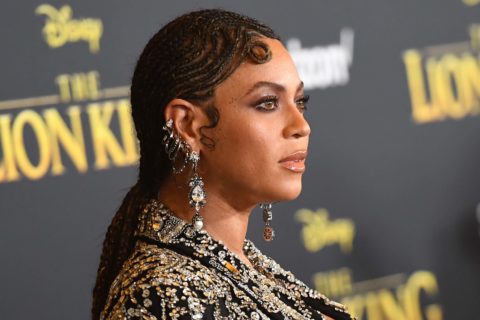 The collection will be unisex, focusing on blurring boundaries in gender and dressing.

Ivy Park, Beyoncé’s athleisure line, suffered a bit of an existential crisis last year when the owner of Topshop, her brand partner, was accused of sexual harassment. After a wave of public outrage, Queen B decided to shift gears, buying back Topshop’s shares in November 2018 and making herself the sole owner of the brand. (As with most things Beyoncé does, this was a historic move because it made her one of the youngest women, and only African-American woman, to have full ownership of an athleisurewear brand.)

We didn’t hear much else about the brand until earlier this year, when Adidas signed Beyoncé as a creative partner, revealing that they would also have a role in the upcoming relaunch of Ivy Park. Now, Beyoncé has revealed the first look at her collaboration with Adidas, which will be made available for purchase on January 18, 2020.

A series of six photos on the icon’s Instagram page nods toward classic three-stripe sneakers (a first in footwear for her brand), some co-branded logo jewellery, an Ivy Park gold grill and what looks like a sweatshirt-bodysuit hybrid.

Beyoncé also revealed that this collection will be unisex, focusing on blurring boundaries in gender and dressing. “Masculinity is being redefined. Women are not competing with women. They no longer strive to be the best female anything. They strive to be the best,” she said in a recent feature with Elle, where she officially debuted the line. Beyoncé zeroed in on this gender-neutral approach after noticing a surprising number of men wearing Ivy Park. “I appreciate the beauty of gender-neutral clothing and breaking the so-called fashion rules.”

Photography via Robyn Beck/AFP/Getty
Get the best of FASHION in your inbox Thanks for signing up!
The latest fashion, beauty and celeb news delivered right to your email #FASHIONforall Now, check your inbox to complete your subscription
We won’t ever use your email address for anything else
Want even more FASHION? Follow us on social media.