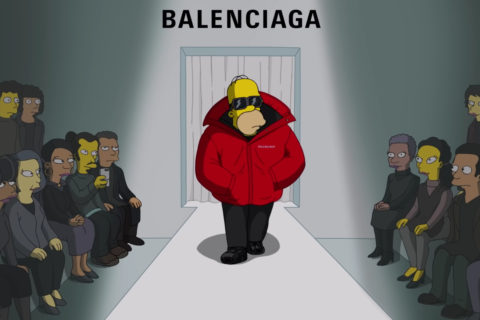 Balenciaga Takes Over Springfield (Yes, You Read That Correctly)

The world's favourite cartoon family gets the editorial treatment.

A new supermodel family has emerged, much to the surprise of attendees at this year’s Paris Fashion Week. Homer, Marge, Bart, Lisa and Maggie Simpson, along with other familiar Springfield faces, made their runway debut on Sunday as part of a collaboration between Balenciaga and The Simpsons for the brand’s Summer 2022 collection. Contrary to popular belief, no, this is not an early April Fool’s joke. Celebrity attendees, including Elliot Page, Naomi Campbell, Cardi B and Offset, were treated to a 10-minute mini-episode of The Simpsons, and it was clear within seconds that this wasn’t going to be your average cartoon romp.

Undoubtedly the classiest and most fashionable episode of the iconic television series, the instantly recognizable Simpsons theme was replaced by French classical music, specifically Erik Satie’s “Gymnopédie No.1,” revealing a snowy Evergreen Terrace household. The plot follows similar Simpsons rhythms as Homer has forgotten Marge’s birthday (which happens to be the same day as the Balenciaga show) and decides to purchase something from “Balenciagaga,” as he calls it, after seeing his wife with a fashion magazine. Eventually, creative director Demna Gvasalia makes a trip to Springfield and invites the population of “America’s most depressing city 10th year in a row” to Paris to model his latest collection.

Of course, hijinks ensue. Marge — now donning a green Balenciaga gown — gets stuck in a doorway (blame the oversized shoulder pads); Homer nearly faints after seeing the price tag (a whopping £14,000 or about CAD $24,000); Sideshow Bob tries to fit his clown feet in the brand’s “Speed” sneakers; and there are many instances of unexplainable fires.

However, the best jokes are the winks to the fashion industry itself as The Simpsons playfully jest with Anna Wintour’s unwavering influence, the all-black ensembles of runway show guests and the celebrity attendees, including a cartoon Kim Kardashian, Kanye West and Justin Bieber.

Not to be outdone by the cartoon family, the immersive pop-culture experience that was the Balenciaga show started before the screening with the red carpet arrivals, where guests wearing the new collection paused on the walkway before being ushered into the theatre. Canadian Elliot Page donned platform Crocs. Cardi B sported a hat from the designer’s Fall couture collection. And supermodel Naomi Campbell strutted in a monochromatic suit ensemble.

With a penchant for subverting expectations and conventions — think denim couture and their recent collab with Fornite — the French luxury house has become the must-see show of every season, attracting an increasingly A-list audience. The designer continually keeps the media and celebrity guests on their toes, bringing an unexpected sense of humour to each event while creating jaw-dropping clothing.

And while The Simpsons may have stolen the show, celebs posing as models on the Hollywood-style red carpet didn’t disappoint.

In case you missed it, here are a few of the best looks from the runway. 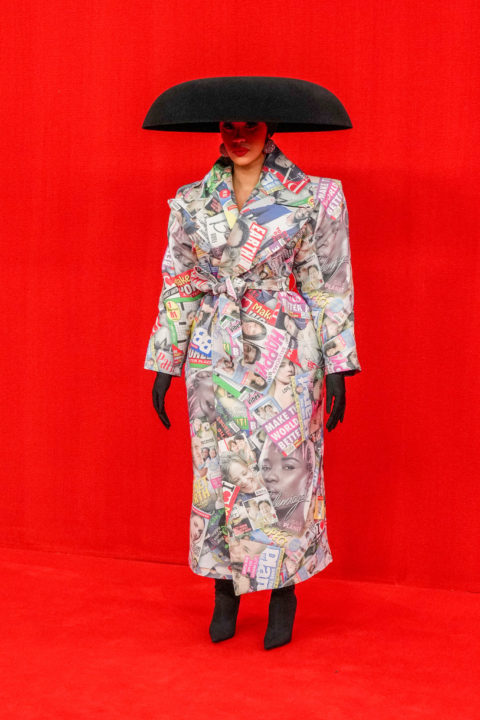 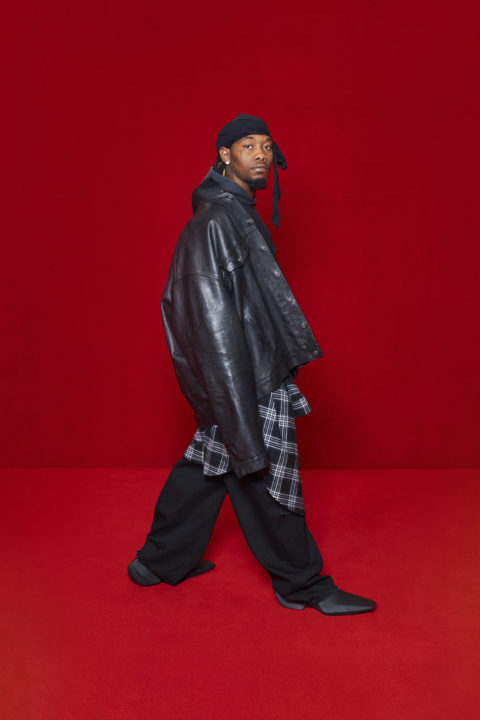 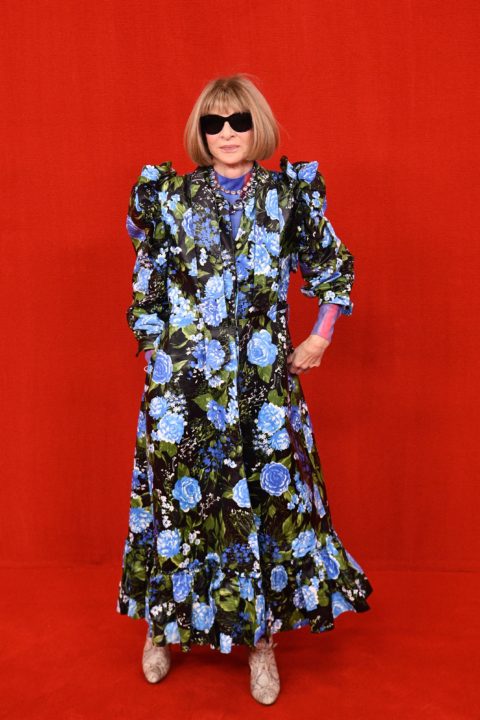 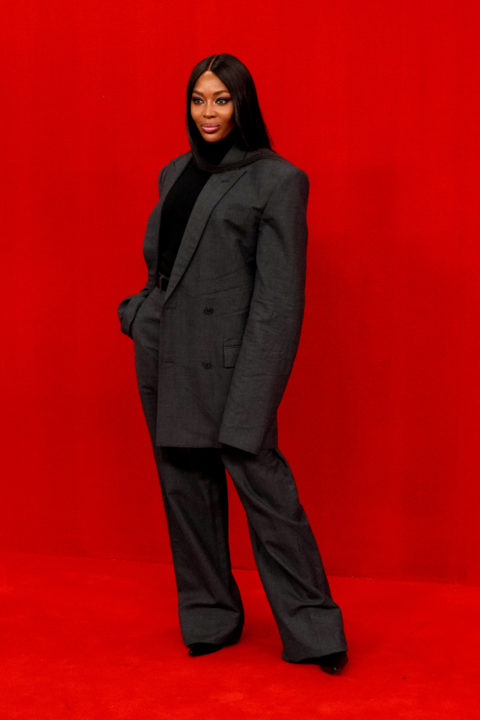 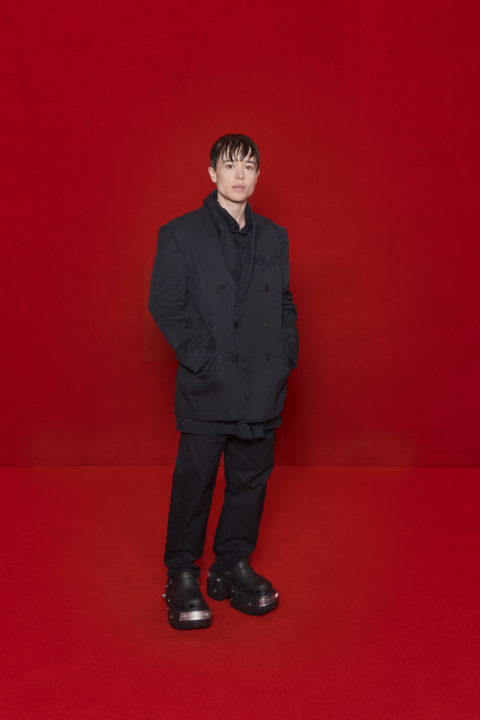 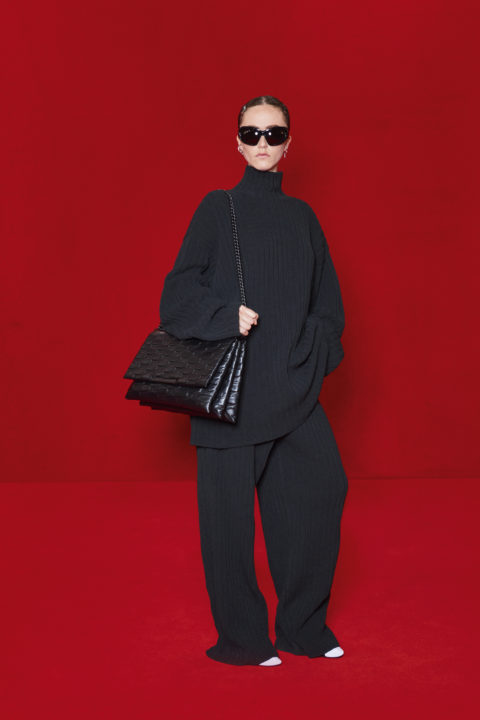 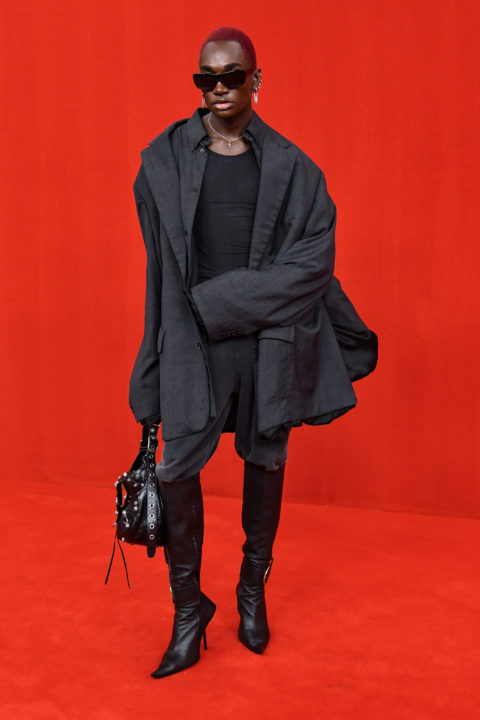 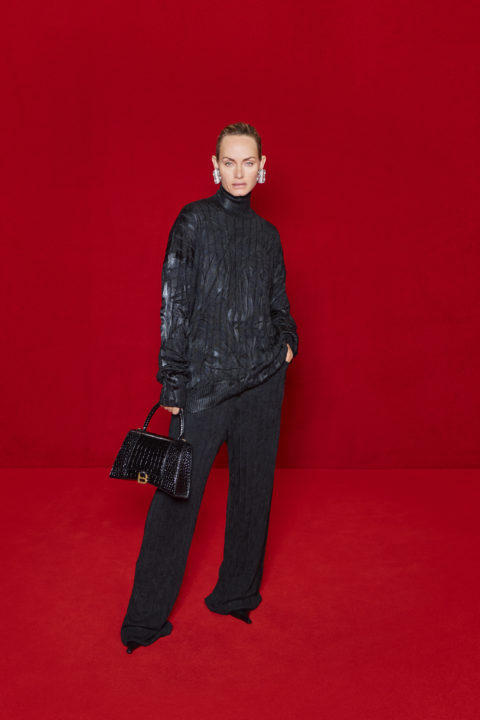 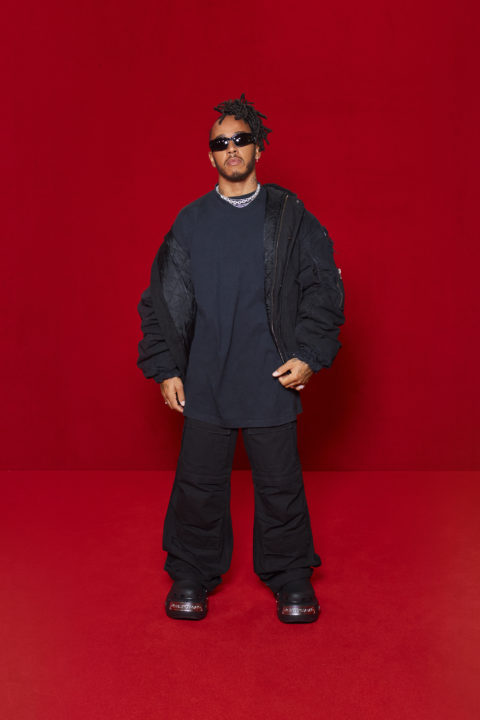 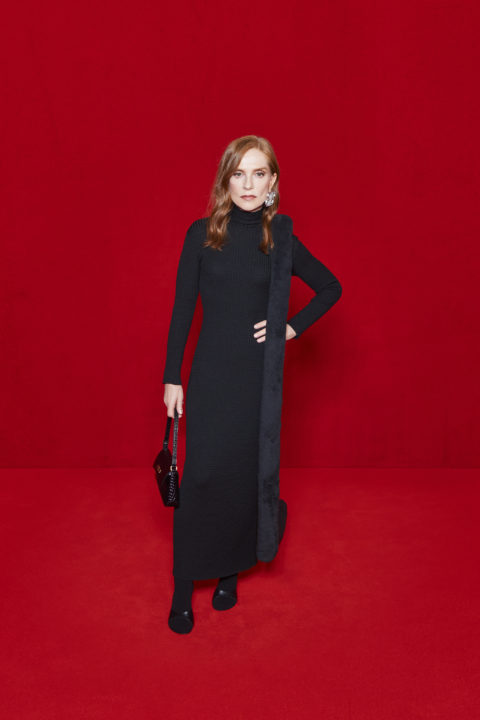