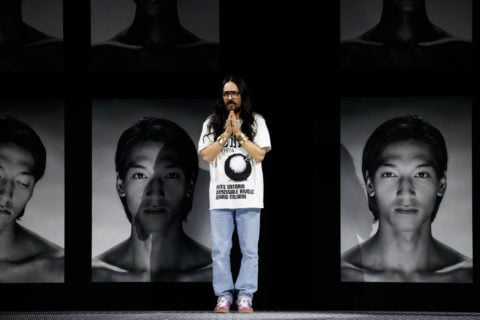 From twinning with Jared Leto to dismembered heads on the runway, it's been a wild seven years.

Some are shocked. Others aren’t. Either way, the news that Alessandro Michele is leaving Gucci is rocking the fashion world. And in a week that also saw Raf Simons shutting his label, that world had already been knocked off its axis.

Michele arrived at Gucci in 2015 with a bang, taking over from Frida Giannini who had carried Tom Ford’s sexy/suit-y legacy forward when he left the brand in the mid-oughts. But that formula was stale and predictable and it was time for something new. I attended Michele’s first fashion show for Gucci in Milan — one that divided opinions as sharply as one of the knife pleats on the runway. With men and women both dressed in floral suits and pussy bow blouses, many left thinking, “what was that?” Others loved the gender blending. It was a fresh, young attitude that would eventually seep into the mainstream.

A visit to the Gucci showroom to re-see that first collection was like witnessing an explosion of creativity splattered all over walls. There were jarring mixes of colours and patterns, geeky glasses, fur-trimmed grandma coats and beaded birds and bees that seemed randomly placed. There was also so much that had not made it to the runway. It was an excess of ideas and designs made even more remarkable because Michele had kept it all bottled up inside in the years he worked under Giannini.  It was clear that old school sexy had been replaced with something that seemed much smarter — unapologetic eccentricity. Michele’s fur-lined slides, which became a must-have as soon as his first collection hit the stores, were the first clue that there was an appetite for his brand of quirk. And that’s exactly what Alessandro Michele delivered through his seven years at the helm of Gucci.

The reason many are not surprised by Michele’s exit is that despite high-profile fans like Harry Styles and the buzz Michele was so brilliant at creating like with his Spring 2023 show featuring 68 pairs of identical twins, Gucci clothes and accessories had become too predictable. Designers, like artists, sometimes reach creative limits and Gucci’s parent company Kering is a public one that needs growth to make shareholders happy. But the true question is: did Michele leave to take a mental break or to join another brand (Burberry could sure use him)? Only time will tell but we’d be very surprised if another big name doesn’t snatch him up soon.

Until then, we’ve rounded up Alessandro Michele’s top 10 most memorable moments from Gucci, from the opening look of his debut to Lady Gaga’s epic purple moment at the premiere of House of Gucci. 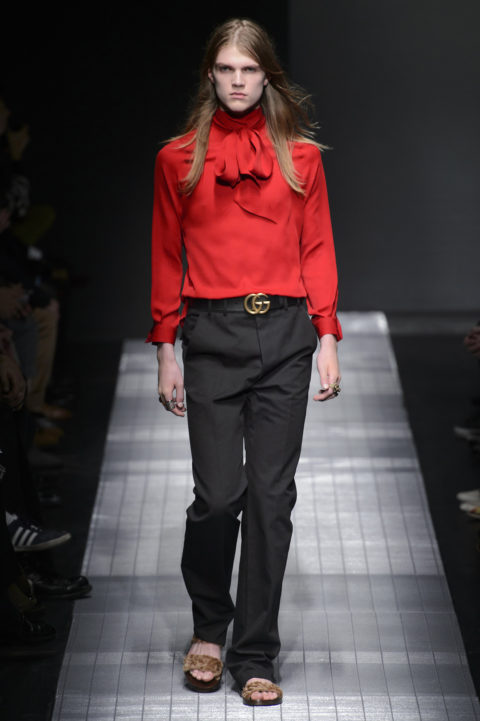 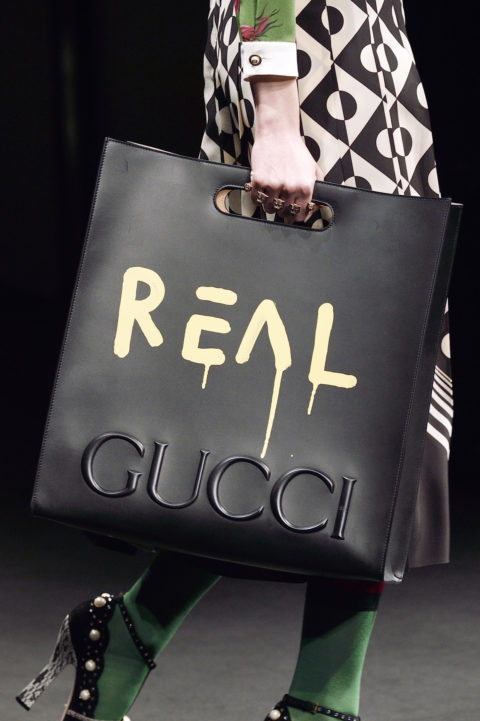 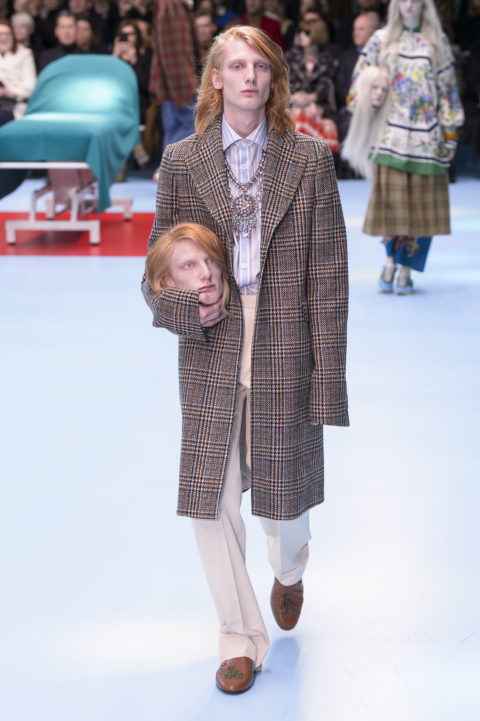 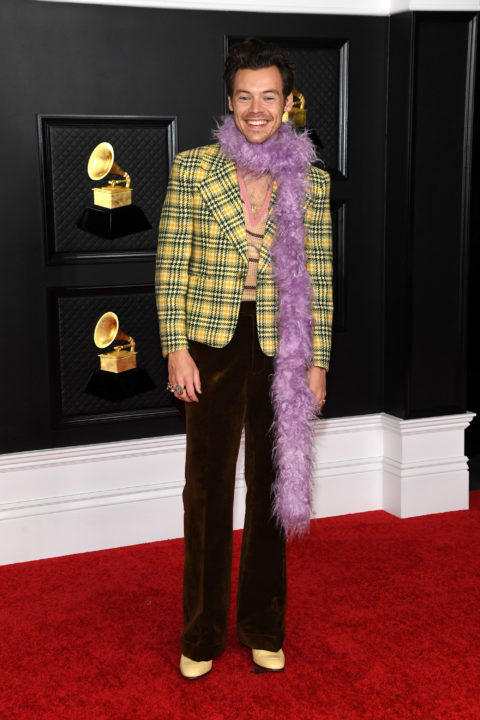 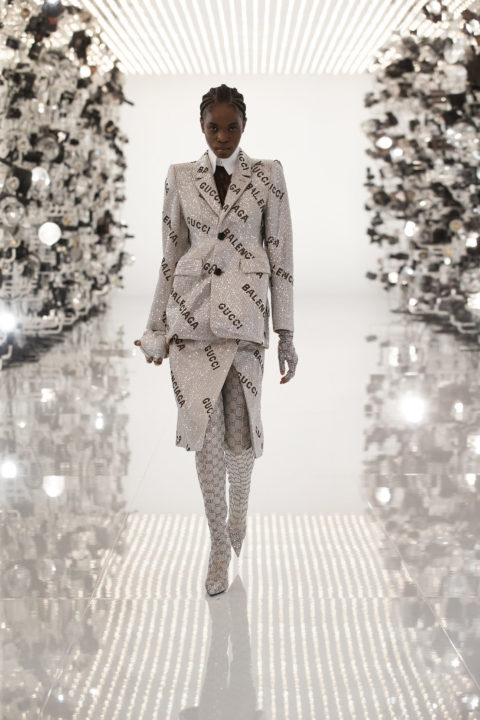 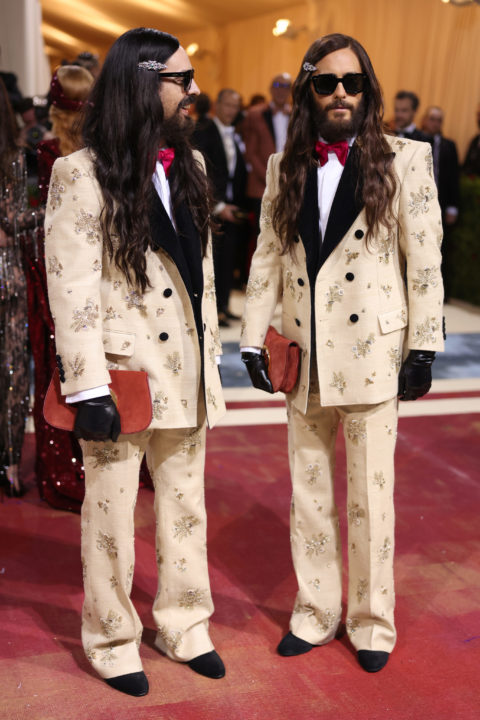 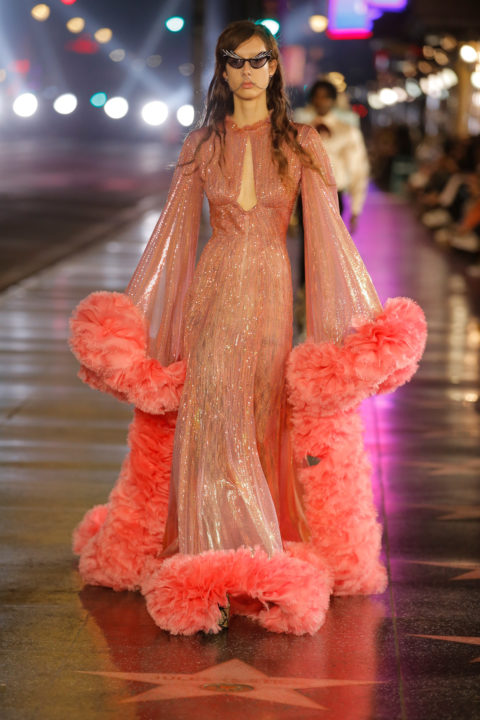 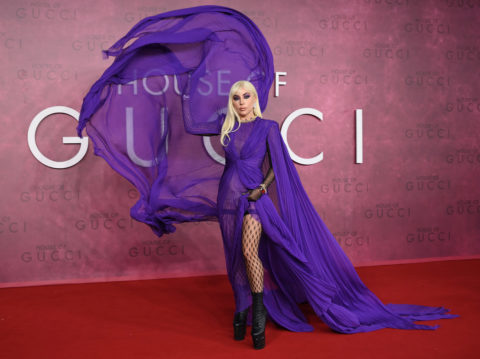 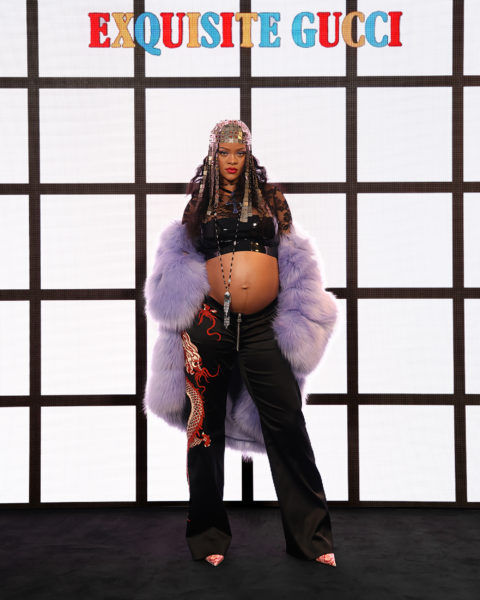 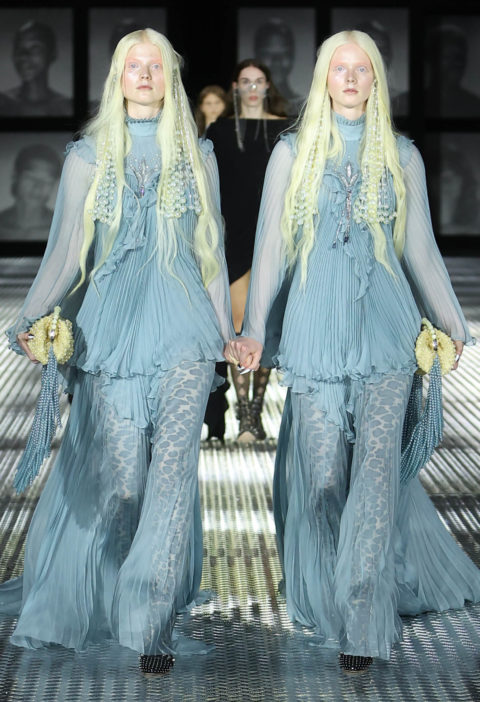 Harry Styles at the 2021 Grammy Awards

Alessandro Michele and Jared Leto at the 2022 Met Gala

Lady Gaga at the UK Premiere of “House of Gucci”

Rihanna at the Gucci Fall 2023 show

Photography courtesy of Gucci
Get the best of FASHION in your inbox Thanks for signing up!
The latest fashion, beauty and celeb news delivered right to your email #FASHIONforall Now, check your inbox to complete your subscription
We won’t ever use your email address for anything else
Want even more FASHION? Follow us on social media.