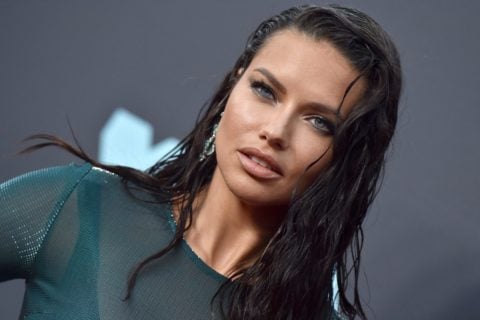 "I never would have thought as a mature woman, I could still be in the business."

There’s been much said of the fashion industry’s treatment of women. Following years of extremely unrealistic body types being paraded on the catwalks and little to no diversity, in recent seasons there’s been a shift towards an industry more reflective of the women it is ultimately selling to. No doubt there’s still work to be done, however supermodel Adriana Lima says she’s hopeful for the future.

In an interview with WWD about her new line of sunglasses with Privé Revaux, when asked about her thoughts on the state of the industry, Lima said, “The world is changing – not only the fashion industry but movies, too. Slowly, but it is changing and I cannot be more happy. As a Latina, I struggle myself. It’s not easy for a Latina to enter the fashion industry, but I’ve been modelling for 20 years. I’m also 38 years old and to still be able to do a campaign – I just came out with a Max Mara campaign now and I’m on the cover of Vogue Japan. I never would have thought as a mature woman, I could still be in the business. So I’m happy that the world is embracing women in their different stages. I hope this evolution continues.”

And it seems the former Victoria’s Secret Angel could be doing her part for the movement with the launch of her own lingerie line. “Two things I’m focusing on now are lingerie – I would like to do my own collection – and skin care,” she shared of her current plans, adding that “apparel and shoes or jewellery” could follow. With brands like Savage by Fenty and Aerie actively promoting diversity and inclusivity in their size offerings and campaigns, we suspect based on her comments that Lima’s own line will follow suit.

Photo by Axelle/Bauer-Griffin/WireImage
Get the best of FASHION in your inbox Thanks for signing up!
The latest fashion, beauty and celeb news delivered right to your email #FASHIONforall Now, check your inbox to complete your subscription
We won’t ever use your email address for anything else
Want even more FASHION? Follow us on social media.