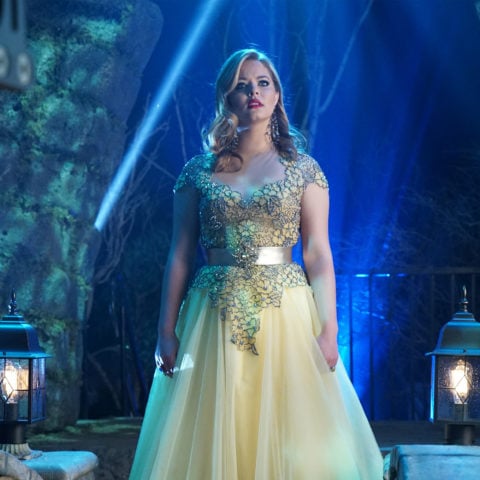 Alison DiLaurentis went from being an iconic mean girl to a forgettable character. Here’s why that’s a problem.

Was there ever a teen villain so elusive? “A” mercilessly tormented the main characters of Pretty Little Liars throughout its seven season run. But for many years, clique dictator Alison DiLaurentis (played by Sasha Pieterse) was the true villain of Rosewood High. On July 28, the Pretty Little Liars reboot Original Sin will revive the franchise with a new batch of teen girls caught up in a troubling mystery. We can only hope this series doesn’t make the same mistakes as its predecessor.

Whether it was glorifying teacher-student relationships or mishandling mental health, Pretty Little Liars peddled many questionable narratives (and I say this as a fan). But perhaps its greatest downfall was the way the show’s bad writing and ill-suited costumes ruined its most interesting character, Alison DiLaurentis.

In her heyday, Alison had a quartet of loyal followers who both enabled and fell victim to her cruelty. So when she went missing at the start of the series, her friends were harassed by “A,” who sought vengeance for her crimes.

After two failed spinoffs, HBO’s Original Sin brings the franchise back to life. Based on five girls who are haunted by their mothers’ teenhood mistakes, the show taps into PLL nostalgia by including an anonymous menace who goes by “A.” But this time around, the five main characters are loveable outcasts, not complicit popular girls. This is a drastic change from the 2010 series.

Alison DiLaurentis is arguably the most iconic teen tyrant of all time. If put in a room with other terrifying high schoolers like Mean Girls’ Regina George and Euphoria’s Maddy Perez, season one Alison would be the one to drive all others to tears. At 15 years old (Pieterse was only 13), Alison was not just a schoolyard bully, she was an evil maniacal legend who blackmailed half of Rosewood. She was always the centre of attention, and her outfits reflected this.

In the early seasons, Alison had a distinct trendy style with bright colours, feminine silhouettes and statement accessories. Even when she was manipulating her friends, she exuded charm and charisma.

she was walking right out of middle school recess and onto to the PLL set to eat up every adult on that show pic.twitter.com/PmiQdjzKeO

But part-way through the series, Alison began to change — and not in a good way. After returning to Rosewood, she embarked on an unconvincing character arc. She began wearing muted colours, baggier shapes and more matronly outfits comprising blazers, conservative blouses, oversized cardigans and out-of-place cartoonish designs (like this puppy dog sweater, for some reason).

This stark change in her fashion sense suspiciously fell in line with Sasha Pieterse’s weight gain as a result of her condition, polycystic ovary syndrome (PCOS). Looking back, it seems the costume department had trouble (or didn’t put effort into) dressing someone who wasn’t a size two.

Alongside her bland wardrobe, Alison went through a personality transplant. For starters, she lost power over her friend group. Though still selfish and untrustworthy, she lacked the magnetic spark that made her an intriguing antagonist. In the early seasons, Alison was unapologetic about who she was. But as the series progressed, she didn’t seem to stand for anything, not even her villainy.

From making fatsuits a punchline to constantly writing plus-size characters as undesirable, Hollywood is rampant with fatphobia. And Pretty Little Liars is an unfortunate example. By taking away her sense of style as her body changed, the show perpetuated the harmful idea that to be a fashionable “it” girl, you have to be thin.

Pretty Little Liars had a tendency to trivialize serious topics. From making binge-eating a running gag among characters to including flippant comments about starvation, the show missed out on opportunities to meaningfully engage with the complexities of body image — and such was the case with Alison DiLaurentis. While we can’t rewrite the franchise’s history, we can improve its legacy.

Original Sin is already being praised for putting a modern twist on the irresistible mystique of the original show. It reportedly replaces Pretty Little Liars’ campier aspects with slasher tropes and a more diverse friend group.

As for Alison DiLaurentis? They don’t make mean girls like her anymore — and maybe that’s a good thing. Despite her botched redemption and her unfair loss of style agency, to me, she will forever be the most cunning queen bee on TV. And for that, I respect her.

"Pretty Little Liars" Season Six. Photography courtesy of Getty Images
Get the best of FASHION in your inbox Thanks for signing up!
The latest fashion, beauty and celeb news delivered right to your email #FASHIONforall Now, check your inbox to complete your subscription
We won’t ever use your email address for anything else
Want even more FASHION? Follow us on social media.