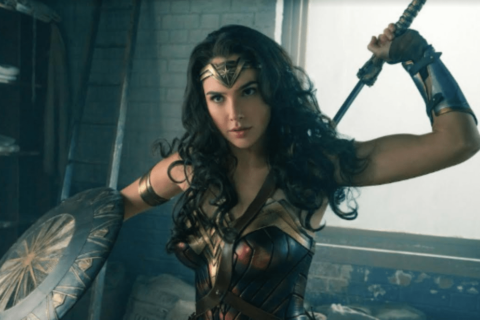 Wonder Woman opens this weekend, and so far the reviews have been pretty good—especially for Gal Gadot’s performance. At the time of this writing, the film is sitting at a 92% rating on Rotten Tomatoes. And while that will likely go down a bit as more critics file their reviews, that’s still a good sign that the first female-led superhero movie is a crowd-pleaser.

So maybe this post will prove to be unnecessary. Maybe Angry Men on the Internet won’t find anything in Wonder Woman to get upset about. Maybe after raging against Ghostbusters, Star Wars: The Force Awakens, Star Trek: Discovery, and pretty much every other film or TV show that deigns to feature a strong woman protagonist, they’ve realized that a female superhero, who isn’t a sidekick, isn’t an insult to them or their gender.

Isn’t it pretty to think so?

But, alas, since Angry Men on the Internet have already lost their minds about an Austin movie theatre’s decision to celebrate the film with a couple of women’s-only screenings—even going so far as writing to the mayor of Austin, calling for a travel boycott against his city, and filing a human rights complaint—it’s unlikely Angry Men on the Internet won’t find some reason to call Wonder Woman sexist. Male privilege is a powerful drug.

While it’s ludicrous to respond to the inevitable arguments we’ll see on Facebook or Twitter from men who should know better, it’s also kind of fun to see how predictable these complaints will be. Will they be the same tired misogynistic ones we’ve heard before, or will Wonder Woman’s inherent feminism change the tone of the complaints to the condescending, pseudo-unbiased kind (“I’m not sexist, but why does everything have to be about gender?”).

We’ll find out over the weekend. But, channelling our inner male trolls (eww, we feel dirty) here are our predictions. Oh, and as a caveat: We haven’t seen the movie yet. But, that usually doesn’t stop people from complaining on the Internet anyway.

“Wonder Woman is actually sexist because it changes the real story and disrespects military history.”

Wonder Woman was created during WWII, around the same time as Batman and Superman first hit newsstands. She fought Nazis along with all the other heroes of the time. But the film version has her first appear during the First World War. This is a pretty benign narrative change. Or is it?

By changing the context of the story, aren’t the filmmakers assuming that women aren’t familiar enough with the character to know the difference? So, actually, Wonder Woman is insulting the intelligence of female comic book fans, not to mention confusing future ones! That’s bad!

Also, by inserting a super-powered woman into a world war, aren’t they saying that the soldiers who actually fought in that war were weak? The truth is, men fought and won WWI, and now to change history takes credit away from those brave warriors. Sad!

“Wonder Woman is only getting good reviews because it features a woman.”

It’s true that a lot of critics are kind of grading Wonder Woman on a bit of a curve. However, that’s based more on the poor reception of DC’s other superhero films. But the Angry Men on the Internet will claim the curve is based on Wonder Woman’s gender. Because they love false equivalencies, they might point to the WNBA or something. Basically, the argument is, this movie is pretty good… for a girl. But because the media is full of progressive coastal elites, they’ll heap praise on it even though it’s not really as good as all that.

“Wonder Woman only got made to appease Snowflakes.”

Despite the fact that Wonder Woman has been one of the most iconic comic book characters for, like, 70 years, has been a pillar of DC’s brand, and is more beloved than most other comic characters, especially compared with other female characters, the Angry Men on the Internet will claim that this film—which, lest we forget, DC decided to make after they made the garbage fire that was Green Lantern—is the result of a cabal of Hillary Clinton loving Hollywood execs, out of touch with the real world.

“Wonder Woman is actually sexist because she fights men.”

What if a movie was about one man killing a bunch of women? As if that wouldn’t be called sexist! And yet, Wonder Woman can fight off all these men, and it’s totally OK? That’s the message we want to send to our daughters??

“Wonder Woman is sexist because Chris Pine doesn’t have superpowers.”

In the Marvel Cinematic Universe, the female secondary characters mostly have superpowers. Or they are Scarlett Johansson. But Chris Pine’s character in Wonder Woman is just a regular spy. You know what that is? That’s inequality right there. Is that the message we want to send to our sons??

There are sure to be others, but we’ll just have to wait until after Gal Gadot kills it at the box office before rolling our eyes at those ones, too.