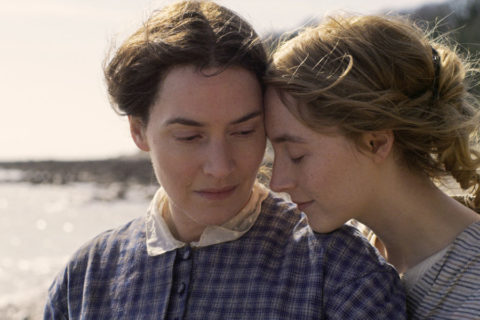 TIFF Just Revealed Its Slate of Films for the 2020 Festival

Idris Elba, Kate Winslet, Saoirse Ronan and Halle Berry are some of the stars with films at this year's (largely virtual) festival.

In light of Covid restrictions, the Toronto International Film Festival is going largely virtual this September with a limited schedule of socially-distanced screenings and a reduced slate of 50 films, down from the usual 200+, available to view online. Today, a first look at the lineup of films was revealed, with additional special presentations and events to be announced in August. In keeping with the festival’s push in recent years for more representation of female filmmakers, 46% of the films announced for TIFF 2020 are directed or co-directed by women.

“The strong representation of women, Black people, Indigenous people, and people of colour among TIFF’s selection reflects the organization’s continuing commitment to normalizing gender parity and racial equality for future generations,” the festival said in its press release.

2020 also marks the year that several acclaimed actors are making their feature directorial debuts: Viggo Mortensen with Falling, a family drama exploring themes of loss and love; Halle Berry with Bruised, in which she also stars as a disgraced MMA fighter returning to the ring; and Regina King with One Night in Miami, based on a 2013 play that chronicles an evening Cassius Clay, Malcolm X, Sam Cooke and Jim Brown spent together in 1964.

Canadian films lined up at TIFF 2020 include Tracey Deer’s Beans, a film about the 1990 Oka crisis told through the perspective of a 12-year-old Mohawk girl; Night Of The Kings, a drama from Quebec director Philippe Lacôte set in an Ivory Coast prison; and Inconvenient Indian, a documentary by Metis/Algonquin director M​ichelle Latimer exploring the cultural colonization of Indigenous peoples in North America.

In a first for the festival, a television miniseries will be closing out the lineup—Mira Nair’s BBC adaptation of Vikram Seth’s sprawling novel A Suitable Boy. Currently airing in the United Kingdom, the six-part show follows several different characters as they forge their own paths in a newly independent India.

Image courtesy of TIFF
Get the best of FASHION in your inbox Thanks for signing up!
The latest fashion, beauty and celeb news delivered right to your email #FASHIONforall Now, check your inbox to complete your subscription
We won’t ever use your email address for anything else
Want even more FASHION? Follow us on social media.