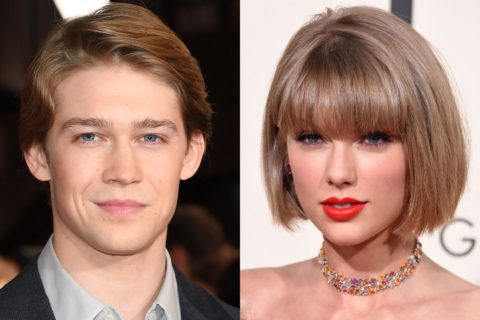 She keeps getting spotted with her new man.

Obviously, speculating about a celebrity coupling is a futile way to actually understand said coupling. After all, relationships—whether the participants are famous or not—are secret worlds. But, that doesn’t mean speculation isn’t fun! Especially when it comes to Taylor Swift.

This isn’t because she’s some crazy, serial dating man-eater who deserves the scrutiny. No one deserves the kind of scrutiny TSwift gets. But if the past is any indication, we’ll better appreciate her work later if we know a little something about her romances now. Really, gossiping about her new man geared toward helping us understand the context of her next album, whenever that happens.

In that spirit: Taylor Swift is slowly allowing her new romance with British actor Joe Alwyn to become more and more public. For instance, this weekend they were spotted in public eating breakfast in Nashville. They weren’t even wearing disguises.

Here are a few things you should know about this couple, before it’s forever or goes down in flames.

He’s not as young as maybe he looks
Joe Alwyn looks young. And so, we’re immediately reminded of her romance between the also young, also British Harry Styles. Only, despite his baby face, at 26 Alwyn is only about a year younger than the pop singer.

But it does kind of seem that Tay Tay has a type. And lately that type seems to be: British. Also handsome.

He’s an actor
And probably a pretty good one! After graduating from the Royal Central School of Speech and Drama, he immediately scored representation, and was then cast as the main character of Ang Lee’s (mostly ignored) feature Billy Lynn’s Long Halftime Walk. His next role is opposite recent Oscar-winner Emma Stone. Not bad for his third movie.

Uh… they like going on dates and they have friends…
OK, so we’re running out of information about this couple. After all, while gossip sites are reporting that they’ve met each other’s friends and family, they haven’t even been around long enough to earn a celebrity couple name yet (Toe Swynt has a nice, Star Wars-ian ring to it). So, in terms of context for future songs…if her next single is about getting coffee in Nashville, or driving around in a Peugeot, we’ll definitely know who she’s singing about.