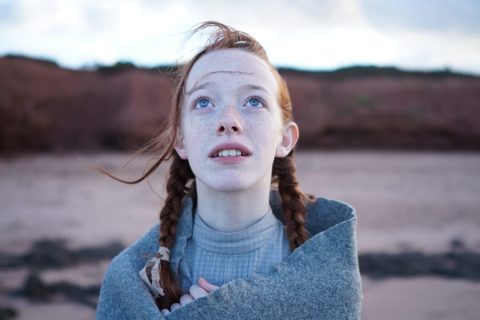 Including Anne with an E, Antigone and Kim's Convenience.

With Canada Day celebrations taking place virtually across the country this year, streaming platforms have come up with their own way to join the festivities. Spotlighting iconic movies and television shows filmed in Canada or made by Canadian filmmakers, this is how Apple TV and Netflix Canada are helping you celebrate Canada Day 2020.

Telefilm Canada and the Canada Media Fund’s initiative Made Nous have teamed up to highlight hundreds of Canadian films on Apple TV. Available to stream, rent or purchase on the Apple TV app, this collection is available to all Canadian users and includes films like The Rest of Us starring Heather Graham, documentary Gordon Lightfoot: If You Could Read My Mind, Blood Quantum and Bon Cop, Bad Cop. The collection also features Hollywood films shot in the Great White North, like The Shape of Water and Brokeback Mountain, and iconic films directed by homegrown filmmakers, such as American Psycho and Arrival. For the full collection, click here.

In celebration of Canada Day and the 10-year anniversary of its Canadian launch, Netflix is spotlighting all the made-in-Canada titles on its streaming platform. Read on for a list of movies and TV shows that have been filmed in various locations across the country, from coast-to-coast.