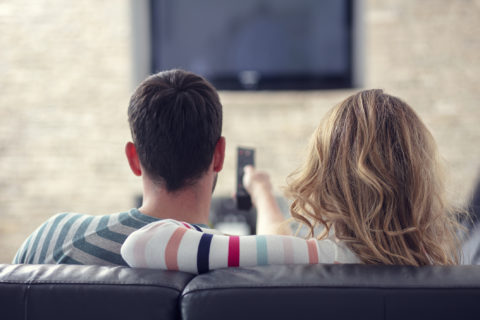 10 Book, Movie and TV Recommendations You Probably “Didn’t Have Time For” Before

From the Harry Potter books, which take approximately 60 hours to finish, to The Sopranos, whose total run time is 86 hours.

You know that television show you’ve been putting off for years because it’s five seasons of hour-long episodes and you just don’t have the time and wherewithal to commit to it? Well, now’s your chance! With practically the whole world on lockdown and/or in self-isolation with movement severely restricted, this is the perfect time to hunker down and plow through several seasons of an acclaimed show, a lengthy book series or a movie that clocks in at well over three hours. An added bonus: ordering or picking up books from your favourite neighbourhood bookstore is one way to support local businesses at a time when they’re suffering greatly.

Read on for our list of 10 recommendations to keep you entertained during this period of self-isolation.

1. The Harry Potter books
According to Contently, a Personal Creations infographic shows how long it takes an average reader—at 300 words a minute—to read some of the most famous works of literature in the world. Its estimate is that it takes an average of 60.23 hours to complete the seven books that comprise the Harry Potter series. If you put aside, say, two hours to read each day—though with this series, chances are you won’t want to put it down—raising it to three hours on the weekend, it’ll take you about three weeks to finish.

2. The Sopranos
This legendary show ran for six seasons, from 1999 to 2007, and tells the story of a New Jersey-based Italian-American mobster, played by James Gandolfini. The series portrays the challenges and moral dilemmas of running a crime syndicate while trying to maintain a family and personal life. There’s a total of 86 hour-long episodes, so get ready for a major binge session. It’s what Kumail Nanjiani is planning to do. (And if you end up falling head over heels in love with it, follow it up with The Sopranos Sessions, a book of recaps, conversations, and critical essays by TV critics Alan Sepinwall and Matt Zoller Seitz.) Available on Crave.

3. Curb Your Enthusiasm
Larry David, co-creator of Seinfeld, is the creator and star of this cringe comedy in which he plays a fictionalized version of himself. Constantly making gaffes, getting into ridiculous arguments with both friends and strangers, and putting his foot in his mouth on a daily basis, David’s “Larry” may be a misanthrope but his exploits sure are entertaining. The show has aired 10 seasons since it first premiered back in 2000, with each season comprising 10 30-minute episodes. Available on Crave.

4. The Game of Thrones books
The hit HBO show may have just ended after an eight-season run, but there’s still plenty to explore with the books that started it all. Writer George RR Martin has thus far published five out of his planned seven novels, under the series title A Song of Ice and Fire. Between the first novel in the series, Game of Thrones, and the most recent, A Dance With Dragons, the books on average run 848 pages long so these should keep you entertained for a while.

5. Veep
Emmy winner Julia Louis-Dreyfus stars in this satirical, no-holds-barred look at American politics. Featuring Louis-Dreyfus as the titular Vice President, the show also stars a cast of comedic actors as the incompetent people involved in the highest levels of decision making in her office. Hilarious faux pas, morally questionable characters and award-worthy one-liners made this one of the sharpest shows on television during its seven-season run. The final season aired on HBO in 2019, making this a great time to go back and watch the show seamlessly from beginning to end. If you’re averse to (a lot of) profanity though, it might be best to steer clear. Available on Crave.

6. Jane the Virgin
Lauded for its subversive yet warm-hearted take on the Latin telenovela genre, Jane the Virgin’s five seasons are full of twists, crazy surprises and cliffhangers yet rooted in honest, grounded performances. At the centre of it all is Gina Rodriguez’s Jane Villaneuva, a devout Catholic virgin who accidentally gets pregnant via a mix-up at her gynaecologist’s office. What follows is a complicated love triangle, a rivalry with a never-to-be-underestimated frenemy, a few weddings, a few deaths, and a lot of laughs. (And tears. Be prepared for tears.) Available on Netflix.

7. Gandhi
This historical drama about Mohandas Karamchand Gandhi, the non-violent leader of India’s independence movement against British rule during the early 20th century, earned 11 Academy Award nominations in 1983. Ben Kingsley, who played the role of Gandhi, won the Oscar for Best Actor while Richard Attenborough won in both the writing and directing categories. Settle down for this one, as it runs for just over three hours, clocking in at 191 minutes. Available on Crave.

8. The Neapolitan novels
Elena Ferrante’s breathtaking series of four novels is a complex coming-of-age story spanning cities, time periods and cultures. The first book opens in 1950s Italy and follows the lives of two young girls, childhood best friends in a poor neighbourhood in Naples. The series follows their friendship and rivalry through childhood into early adulthood and eventually old age, charting their ups-and-downs, both professional and personal, over the course of several decades. If you’re so inclined, the first book in the series has also been adapted into an HBO television series called My Brilliant Friend.

9. The Wire
This crime drama earned rave reviews while on air and achieved cult status after it ended in 2008. Tackling the “war on drugs” in Baltimore, Maryland from every point of view including the bureaucracy, schools and news media, the show stars actors who were little-known at the time such as Dominic West, Idris Elba, Michael B Jordan and Michael K Williams. Available on Crave.

10. The Irishman
Martin Scorsese’s Oscar-nominated opus clocks in at 209 minutes, so good thing you’ve got three and a half hours to set aside to watch it in one sitting. Starring Robert de Niro, Al Pacino and Joe Pesci, the film charts the three’s lives as mobsters embroiled in a crime syndicate in a Philadelphia, and reportedly took 10 years to get off the ground. Available on Netflix.

image via istock
Get the best of FASHION in your inbox Thanks for signing up!
The latest fashion, beauty and celeb news delivered right to your email #FASHIONforall Now, check your inbox to complete your subscription
We won’t ever use your email address for anything else
Want even more FASHION? Follow us on social media.