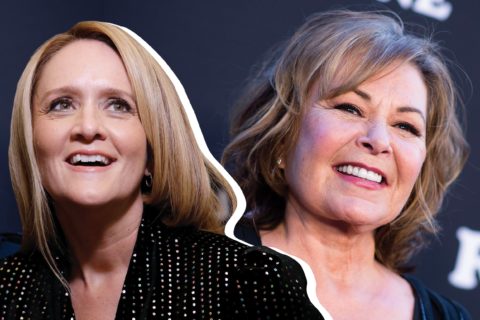 Comparing the two is a false equivalence that shouldn't be encouraged

Just when Twitter had finally started to calm down after Roseanne Barr’s despicable tweet about former Obama adviser Valerie Jarrett and her show’s subsequent cancellation, it was up in arms again, this time over something late night host Samantha Bee said on her show, Full Frontal. In response to a photograph Ivanka Trump tweeted of herself with her son, posted amidst the swirling news that the Trump administration had sanctioned the separation of illegal immigrants from their children at the border, Bee said this: “You know, Ivanka, that’s a beautiful photo of you and your child. But let me just say, one mother to another, do something about your dad’s immigration practices, you feckless c*nt!”

Needless to say, Twitter erupted. Now, the four-letter word Bee used in her monologue has long been a hurtful and pejorative slur against women, used typically by men. To hear it said on national television is no small matter, and for that, Bee was quick to apologize, taking to Twitter to say: “I would like to sincerely apologize to Ivanka Trump and to my viewers for using an expletive on my show to describe her last night. It was inappropriate and inexcusable. I crossed a line, and I deeply regret it.”

But the anger from Republicans and conservatives over what she said is hugely misplaced. Take issue with the use of the word c*nt all you want—it’s probably my least favourite word in the English language—but if you’re going to get outraged over the use of this pejorative, maybe don’t also support and empower a well-documented misogynist? Of course, since this whole controversy came right on the heels of the Roseanne cancellation, conservatives—as well as the White House itself—are calling for the same response from Bee’s network. The two situations, though, are markedly different. Below, some reasons why:

1. Bee’s great crime is the use of a profanity—albeit one with roots in misogyny—while Barr’s is the manifestation of a hateful ideology drawing from centuries of black abuse and vilification.

2. It’s important to note from where the slur is originating and towards whom it’s directed. Bee, a woman, called another woman by a pejorative word typically used to describe women; while Barr, a white person, took a shot at Valerie Jarrett, a black person, on the grounds of her race. As Rebecca Traister of New York noted in her epic Twitter thread: “You can not like the word ‘cunt’ for feminist reasons; you can–& should!–think about why a term for female anatomy is such a potent pejorative. But use of it in this context is not reinforcing or replicating the crude harm it has been used to inflict historically… ie the patriarchal diminishment & vilification of women. In fact, Bee is using it to critique a woman precisely because that woman is acting ON BEHALF OF THAT PATRIARCHY, one which systematically diminishes women, destroys families, hurts kids, especially non-white.”

3. Bee’s insult was aimed at the perpetuators and accomplices of inhumane acts while Barr’s was an out-of-the-blue racist dig at someone who has done absolutely nothing wrong (and hasn’t been in office since January 2017).

4. While Bee’s choice of words was problematic, the sentiment behind it certainly isn’t. Ivanka and other members of the Trump administration do need to be called out for their role in separating immigrants from their children. The sentiment behind Barr’s tweets, even if you were to euphemize the words somehow, is still abhorrent.

5. The Trump administration responded more strongly to Bee’s words than they did Barr’s, which is telling. In response to the Roseanne cancellation, Trump took to Twitter to ask ABC if he could finally expect some apologies of his own, which, sigh. I just can’t. But of course, they had plenty to say about Full Frontal. White House press secretary Sarah Huckabee Sanders took issue with Bee’s “vile and vicious language,” turning her into the living embodiment of irony, given that she works for a man who shows no compunction in grabbing women “by the p*ssy,” rating women based on their appearance, calling human beings animals and kneeling NFL players sons of bitches, and deeming places like Haiti “shithole countries.”

The Trump administration isn’t good at much, but it does excel at whataboutism, sheer hypocrisy, and drawing bullsh*t false equivalencies. It’s a pity Bee provided the wind in their sails for this one.