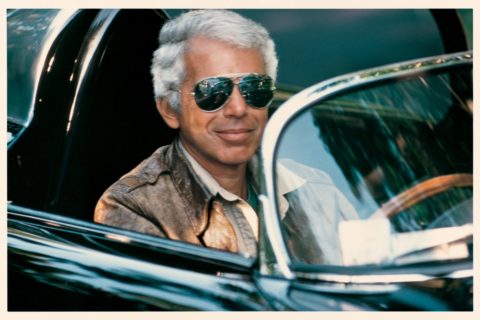 Ralph Lauren has had quite the career. In the 50 years since he launched his eponymous fashion brand, he has branched out from menswear into womenswear, fragrances, home decor and even hospitality. He has established himself as a serious philanthropist, won numerous design awards, made a cameo in Friends, and come to define the very essence of ‘Americana’: a sartorial look synonymous with his preppy polo shirts and chic, tailored designs.

Now, for the very first time, there’s a documentary chronicling the life and impact of the 80-year-old New York-based designer. Directed by Susan Lacy, who has previously directed documentaries about icons like Jane Fonda and Steven Spielberg, the film “reveals the man behind the icon and the creation of one of the most successful brands in fashion history,” according to a press release.

According to Vogue, “Lauren says he turned away other documentary approaches over the years, and even shelved an unfinished autobiography.” In an interview with the magazine, he explains: “It’s not easy having someone write about you, or seeing a film about you.” But now, 50 years since his illustrious career began, he’s telling his story.

Titled Very Ralph, the feature-length film reportedly offers “unprecedented access to his life and work,” with the designer “[speaking] candidly in extensive interviews about his childhood, his five-decade-long marriage, the early days of his company and his response to criticism.” The documentary also features interviews with Lauren’s family, as well as fashion stalwarts like Anna Wintour, Karl Lagerfeld, Naomi Campbell and André Leon Talley. Hillary Clinton, whom he has long supported politically; Robin Givhan, a Pulitzer Prize-winning fashion critic for The Washington Post; veteran journalist Tina Brown; and actress Jessica Chastain also make an appearance in the film.