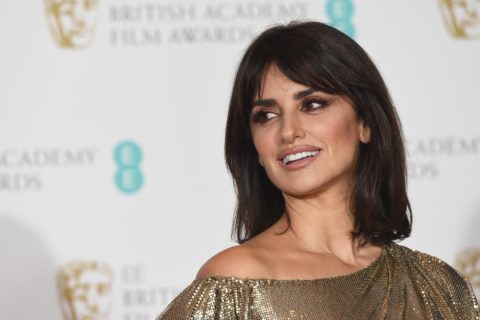 It’s official. American Crime Story director Ryan Murphy has found his Donatella, and it’s none other than Penelope Cruz. For the next instalment of the hit series, which centres around the hideous murder of one of fashion’s greatest designers, Gianni Versace (played by Edgar Ramirez), the Oscar-winning actress will step into the role of his younger sister, Donatella. Andrew Cunanan (played by Darren Criss) murdered Gianna in the front of his Miami Beach house in 1997. The motive is still unknown.

For the love of fashion. Let's welcome Penélope Cruz to the "American Crime Story" family. https://t.co/CA88f0Qyhm

While there was speculation that Donatella’s muse and lookalike Lady Gaga was going to play the role, the director slammed those rumours for good when he talked to Variety earlier this year.

“She’s a friend. But she’s very busy this next year—she’s doing Super Bowl and then she’s doing A Star Is Born, and I believe that she’s going on tour. And when you’re going to do a show like Versace, it’s a five-month commitment, it’s a very big show, we’re shooting it all over the world. So I just don’t think with her schedule, I knew that it would never had worked. But I would love to work with her on something in the future.”

While it’s a bummer to hear that Lady Gaga won’t be making a comeback to the small screen anytime soon, we can’t wait to see Cruz tackle the iconic role on television, given that she’s primarily known for her roles in blockbuster films. However, it looks like we’ll have to wait a bit longer to see how the whole story will unfold, since Season 2’s Katrina will air first.