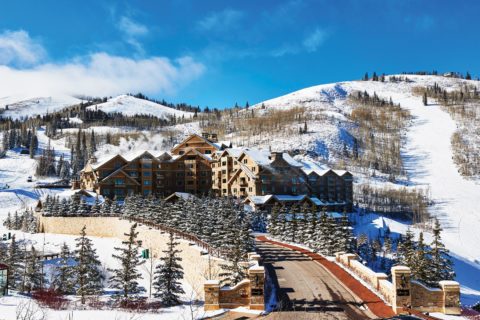 If You Ski, Add Utah’s Wasatch Mountain Range to the Bucket List

Imagine sunrise yoga in a 10,000-year-old crater, afternoon ski lessons with an Olympian and a six-course Norwegian dinner at 2,652 metres.

Time is arguably the greatest luxury, and after a 35-minute drive from Salt Lake City International Airport, Park City’s swath of the Wasatch Range in the Rocky Mountains comes into view. The town spoils skiers with two resorts within minutes of each other: the 2,954-hectare Park City Mountain, the largest in the United States, and the 809-hectare Deer Valley Resort. Although smaller, Deer Valley plays an entirely different numbers game. While the hill can handle 50,000 skiers, daily sales are capped at 7,000 (only skiers, no snowboards allowed), and it offers complimentary ski valet service and mountain tours.

Deer Valley’s off-mountain experience isn’t any less impressive. Although more rustic than elegant, Black Bear Lodge, where my travel companions and I hunker down for the weekend, suits its setting. Akin to Robert Redford’s Sundance home, the suites are all wood-panelled walls, leather couches, stone fireplaces and Navajo-inspired prints. The ones on the top floor that have private hot tubs facing south toward the mountain offer the sweetest après-setup.

Half of the “après” experience is see-and-be-seen, though, and the coolest offering is the Après Lounge, or “Veuve Clicquot yurt” as it’s nicknamed, at Montage Deer Valley. Located slopeside near the Empire and Ruby chairs, the lounge stands out with its yellow-orange exterior. Inside, buffalo plaid, zebra print, fur throws and vintage alpine paraphernalia are in the mix. The Robin Leach catchphrase “champagne wishes and caviar dreams” aptly describes the menu, but for lighter pockets there are truffle popcorn, finger sandwiches and charcuterie boards.

During the frenzy of festival season, it’s easy to overlook Park City’s resident stars, namely the Queen Anne, Victorian and Mission architectures left over from the town’s mining heyday around the turn of the 20th century. Occupying a 1907 box house and old livery stable on Park Avenue, the 11-year-old High West Distillery is Utah’s first since 1870. Ski in (it’s right at the bottom of Park City Mountain’s Quit N’ Time run) and sidle up to the bar for a whisky flight.

Over on Main Street, a 1926 brick building houses the restaurant Tupelo. Chef-owner Matthew Harris fed many a celeb during his previous stint at the helm of the J&G Grill at Park City’s St. Regis Hotel, and a few have undoubtedly followed him to Tupelo to enjoy his farm-to-table twist on Southern cuisine. With its hot fried catfish, crab fritters and baby collard greens, brunch is a prime example.

A few Bloody Marys will put one in the mood to drop some cash at Gorsuch, a couple of blocks up. First opened in Vail in 1966 by Olympians Renie and David Gorsuch, the high-end retailer caters to the mountain lifestyle with Bogner ski catsuits, Brunello Cucinelli alpaca coats and Frauenschuh shearling boots. It’s also responsible for outfitting the Veuve Clicquot yurt. An $8,000 antler chair might be the ultimate souvenir, but a cashmere toque with “Park City” spelled out in micro Swarovski crystals is a little easier to bring home. 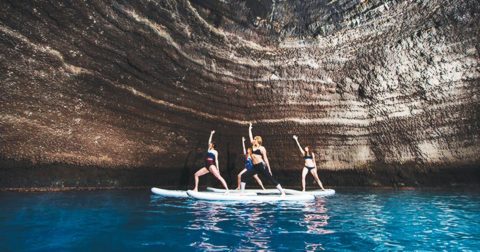 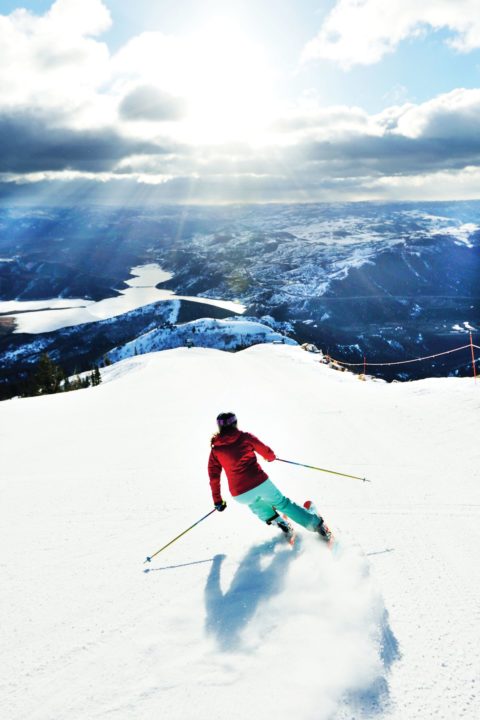 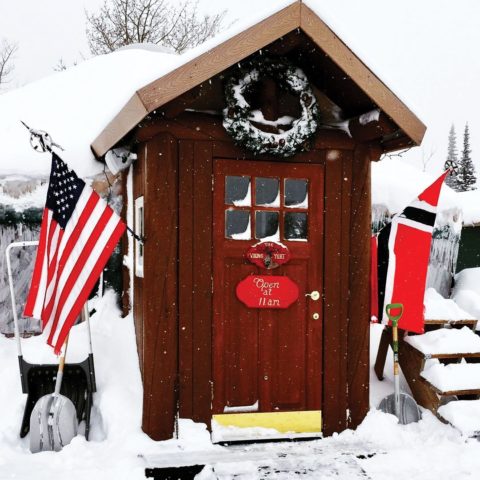 Snowshoeing and SUP yoga in a crater

Leaving at sunrise or sunset, Park City Yoga Adventures snowshoes yogis to the 10,000-year-old Homestead Crater, a natural hot spring protected from the elements by 17-metre walls, for a session of standup paddleboard yoga.

Ski with an Olympian

Book Heidi Voelker or one of six other former U.S. Olympians for a full or half day of skiing at Deer Valley Resort. The Waldorf Astoria Park City will set its guests up with Nate Roberts (the first skier to perform a double back flip) for either skiing at Park City Mountain or bobsledding at Utah Olympic Park, followed by a private dinner.

Snaking up the trails of Park City Mountain at night, a snowcat-pulled open sleigh takes guests to a cozy Viking yurt at 2,652 metres, where a six-course Norwegian dinner is served to live piano music. Reserve well in advance; there’s only one 40-person seating per evening.

Photography courtesy of Visit Park City.
Get the best of FASHION in your inbox Thanks for signing up!
The latest fashion, beauty and celeb news delivered right to your email #FASHIONforall Now, check your inbox to complete your subscription
We won’t ever use your email address for anything else
Want even more FASHION? Follow us on social media.