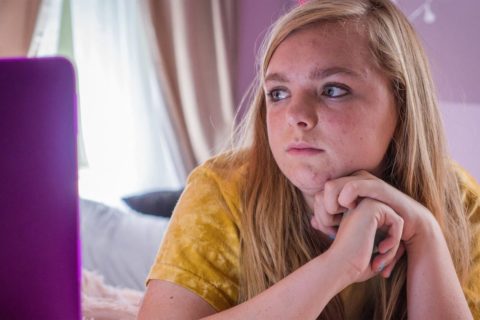 Everything Coming to Netflix Canada in March

A monthly breakdown of the movies and series we can't wait to stream.

I might forgive you if you missed Eighth Grade during its limited theatre release this past summer. I won’t forgive you, however, if you continue to sleep on this tender coming-of-age film once it’s accessible via cell phone. Comedian Bo Burnham’s directorial debut charmed critics and audiences with its brutally honest portrayal of adolescent awkwardness, earning itself a 99% on Rotten Tomatoes and multiple Independent Spirit and Gotham Independent Film awards. It will make you cringe, laugh, cry and feel tremendous gratitude for the fact that you aren’t a middle school student in the age of Snapchat and YouTube vlogging.

It’s been just over a year since the new Fab Five were introduced to the world, becoming the most talked about makeover tribe on the internet. In the third season of the ultra-successful Netflix rebo0t, Tan France, Antoni Porowski, Karamo Brown, Bobby Berk, and Jonathan Van Ness hit the road and head to Kansas City, Missouri. The show will continue to explore queer identity in relation to self-confidence, religious acceptance, and coming-out as the Fab Five teaches a new crop of projects how to love themselves via dramatic hair, fashion, interior design, cooking, and cultural transformations.

Amy Schumer is taking the stage for her second Netflix comedy special—and this time, she’s pregnant. “Here’s the thing. You’re pregnant, but you don’t change who you are. I hate women who start to act like really precious,” she tells the audience, cradling her stomach. “You don’t stop being you, you know. You don’t stop working or drinking.” From what we can gather from the trailer, Schumer will reflect on womanhood, life as a newlywed and what it’s like to grow a baby in your body. HA!

And here’s the full list of everything else coming to Netflix in January:

Available March 2
Romance is a Bonus Book (Streaming Every Saturday)

Available March 21
Antoine Griezmann: The Making of a Legend

Photography by Linda Kallerus/A24
Get the best of FASHION in your inbox Thanks for signing up!
The latest fashion, beauty and celeb news delivered right to your email #FASHIONforall Now, check your inbox to complete your subscription
We won’t ever use your email address for anything else
Want even more FASHION? Follow us on social media.